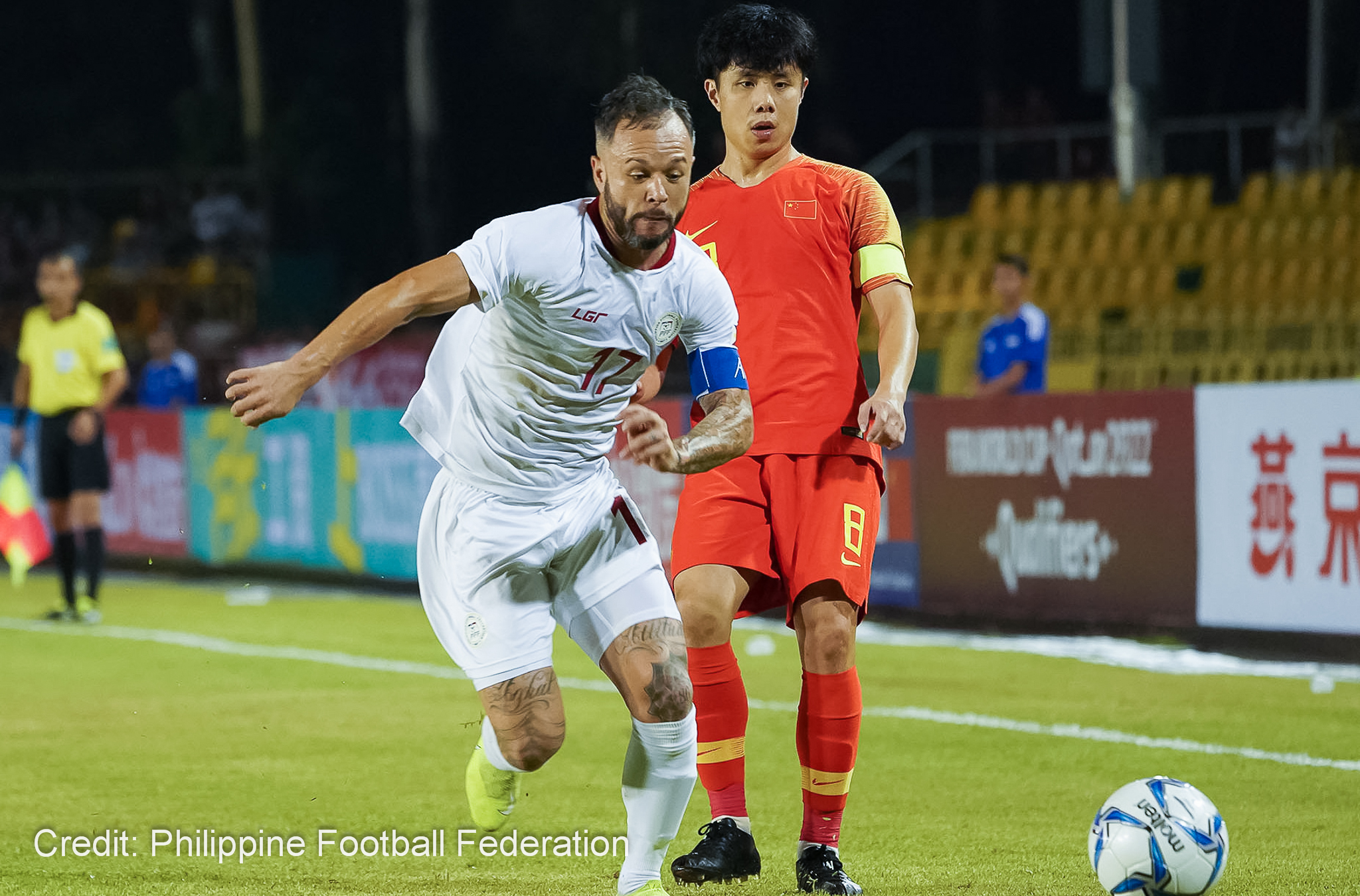 The Philippines put up a proverbial Intramuros to snatch a point from powerhouse China in their World Cup Qualifier Tuesday evening in Bacolod, with a goalless draw seemed like a victory for the home side.

Despite all the odds across the board, including most of the two-thousand strong in Panaad clad in red shirts, the Azkals of Goran Milojevic put up a huge defensive effort to stop the two-time Asian Cup finalists on its tracks to claim a vital result that will send shockwaves throughout the continent.

With off-pitch politics on one side, both teams went for all three points, but it ended with a whimper as both teams displayed contrasting forms for the entire match.

Neil Etheridge’s return to the home side since last playing in the AFF Championship last year brought not just a huge morale boost, but also solidified his credentials in the process by bossing the penalty box by thwarting all Chinese incursions, which was sealed by his one-handed save on Hao Junmin’s left-footed effort in the first minute of added time.

Even the presence of naturalized Brazilian Elkeson did not help the side ranked inside the top 70 in the world at all, as they played horrible in front of goal with him and Wu Lei could not find their shooting boots for the entire 90 minutes.

In the end, the pressure mounts on World Cup winning manager Marcello Lippi as the Chinese slipped to second in Group A, two points behind Syria which routed Guam for four without reply in Dubai to go top.

The draw ended a fifteen-match losing skid to China in a century, as they last won 2-1 on May 14, 1919 in the Far East Games here in Manila.