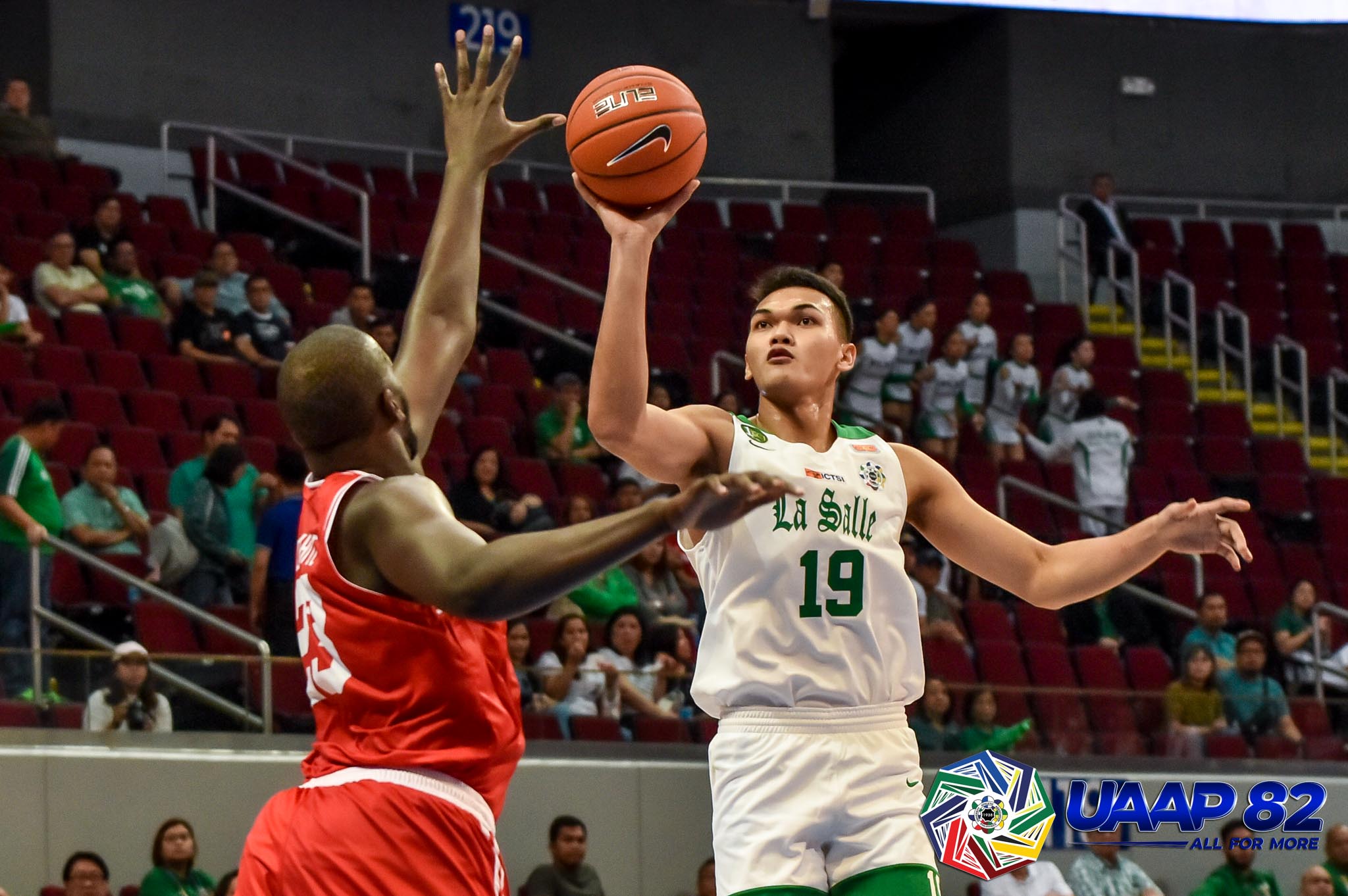 MANILA, Philippines – De La Salle University survived another tough game against University of the East, 65-59, on Wednesday in the UAAP Season 82 men’s basketball tournament at the Mall of Asia Arena.

With the win, the Green Archers got back at the Red Warriors after an 89-88 upset in the first round. La Salle improved to a 5-5 win-loss record good for the fourth spot.

“We weren’t really sure what kind of team we’d have today. We weren’t sure if they could push through the fatigue,” said La Salle coach Gian Nazario, who shared that seven of his players initially got sick after their match against Ateneo de Manila University last Sunday. “But we’re happy that we’re able to pull this one out. We really needed this win.”

It was a close game to begin with as La Salle banked on a slim one-point lead in the first quarter, 14-13. UE then took charge at the half, 28-26, and continued their momentum until the final period as Philip Manalang sank a three-pointer for a 52-49 advantage.

But, Justine Baltazar scored six consecutive unanswered points, followed by another bucket from Jamie Malonzo for a 57-52 lead. UE cut the deficit back to one after an Alex Diakhite layup, 58-57.

Malonzo knocked down a three-pointer and Encho Serrano’s layup extended the lead for La Salle. Eventually, it was Baltazar who clinched the win with his freebies.

Baltazar finished with a 23-point, 12-rebound double-double on top of three assists, while Malonzo and Serrano combined for 24 markers in the win.

For UE, Rey Suerte had 17 points, while Manalang finished with 14 points. Diakhite chipped in 11 markers and 20 rebounds as they dropped to a 3-8 slate.