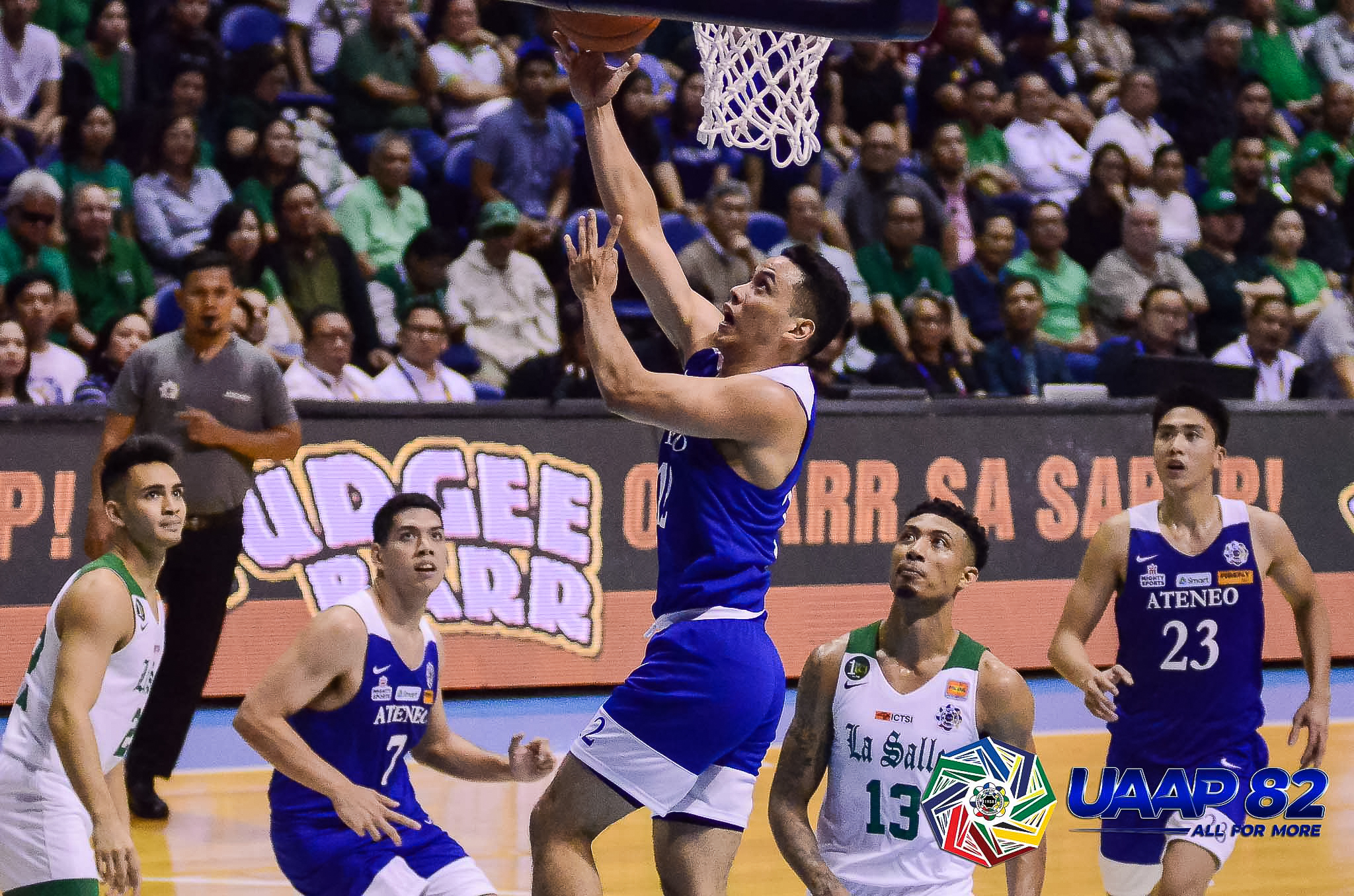 MANILA, Philippines – Ateneo De Manila University proved to be too strong for its fierce rival De La Salle University, as they clinched an 81-69 win to stay unbeaten in the UAAP Season 82 men’s basketball tournament, Sunday at the Smart Araneta Coliseum.

The defending champs easily charged for a 21-1 run to end the first half to take a 51-29 lead.

Down 22 points, the Green Archers answered back with a 10-1 rally midway through the fourth to inch within nine, 62-71.

However, Gian Mamuyac sank two consecutive baskets to keep an 11-point advantage, 75-66, with just three minutes left on the clock.

Mamuyac shut down any hope for La Salle as he shot another bucket to stretch the lead back to a double-digit, 79-69, with only 59 second left.

“This is a typical Ateneo-La Salle game. It was tough every step of the way,” said Ateneo coach Tab Baldwin post-game.

Twins Mike and Matt Nieto led Ateneo with 18 and 15 points, respectively. Mamuyac added 14 points, eight of which all came in the final period that boosted Ateneo to improve to an unbeaten 2-0 slate.

On the other hand, Jamie Malonzo had an 18-point, 10-rebound double-double record as La Salle lost their debut game of the season.