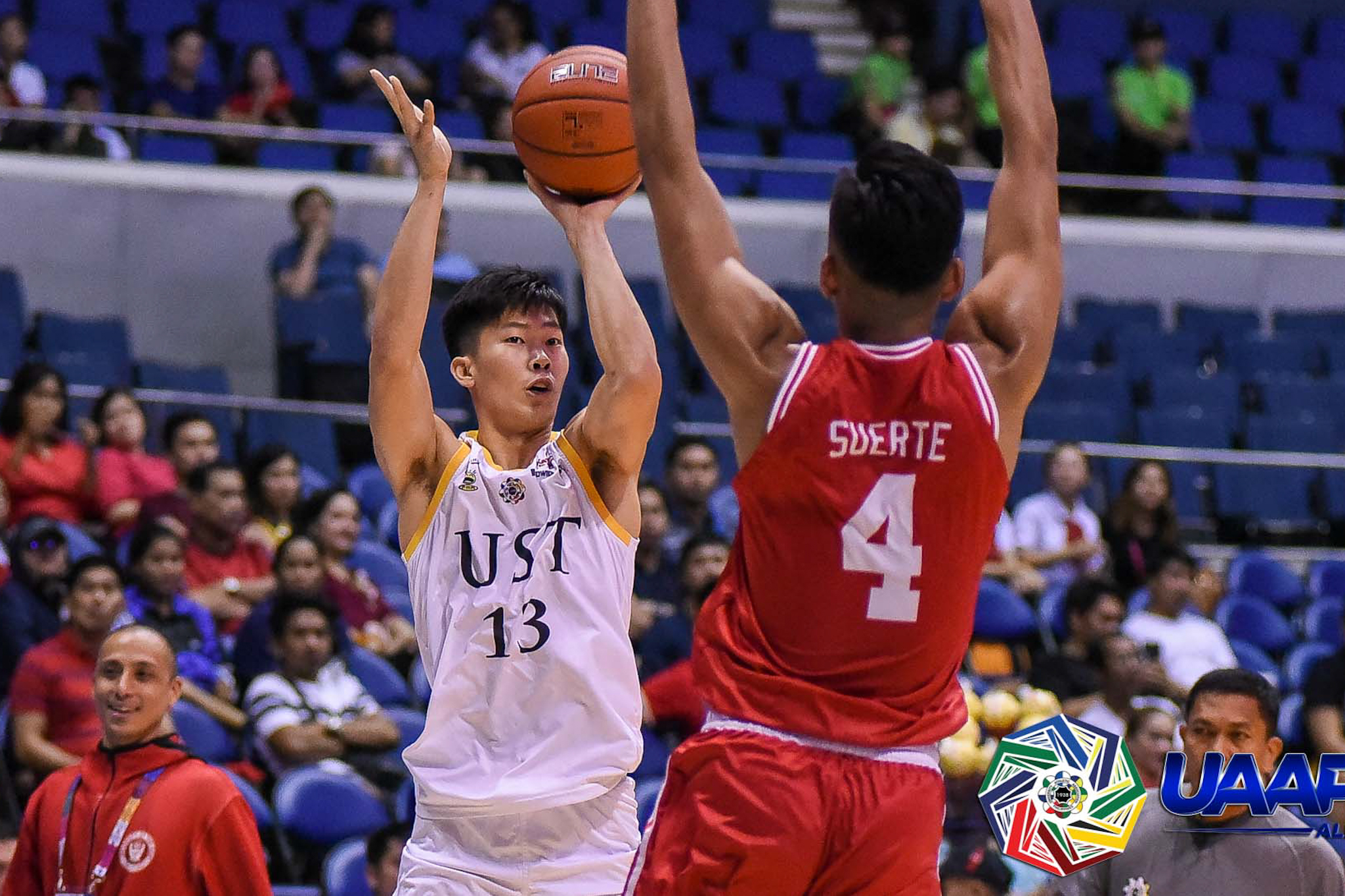 MANILA, Philippines – Veteran Zachary Huang used to be the quiet one on the sideline, but his presence just kept making a mark for University of Santo Tomas, as he led his pack put down University of the East, 101-73, in the UAAP Season 82 men’s basketball tournament on Wednesday at the Smart Aranera Coliseum.

Huang had a career-high 22 points on a 6-of-8 shooting from the three-point line off the bench. Along with Huang, many players from the España-based squad also waxed hot beyond the arc, as they accummulated 16-of-42 attempts.

“It was a good game. One of the factors kaya ganun yung laro kasi we were able to release the pressure,” said UST head coach Aldin Ayo as they suffered from back-to-back losses.

UST only banked on a two-point lead at the first quarter, 20-18, but they soon went in for a 29-9 run for a 49-27 advantage in second quarter. From there, the Growling Tigers would only keep their lead up and increase it to as much as 34 points until the final buzzer.

Compared to their game against Ateneo de Manila University, UST outnumbered UE on fastbreak points, 16-5. They also outrebounded the Red Warriors, 55-38, thanks to big man Soulemane Chabi Yo who had 14 in his name, long with 22 markers and two assists.

Sherwin Concepcion and Brent Paraiso added 10 points each, while Mark Nonoy chipped in nine markers, six assists, four rebounds, and two steals as they improved to a 5-4 slate for solo third in the league standings.

On the other hand, UE dropped to 3-6 despite Alex Diakhite’s 24-point, 12-rebound double-double.