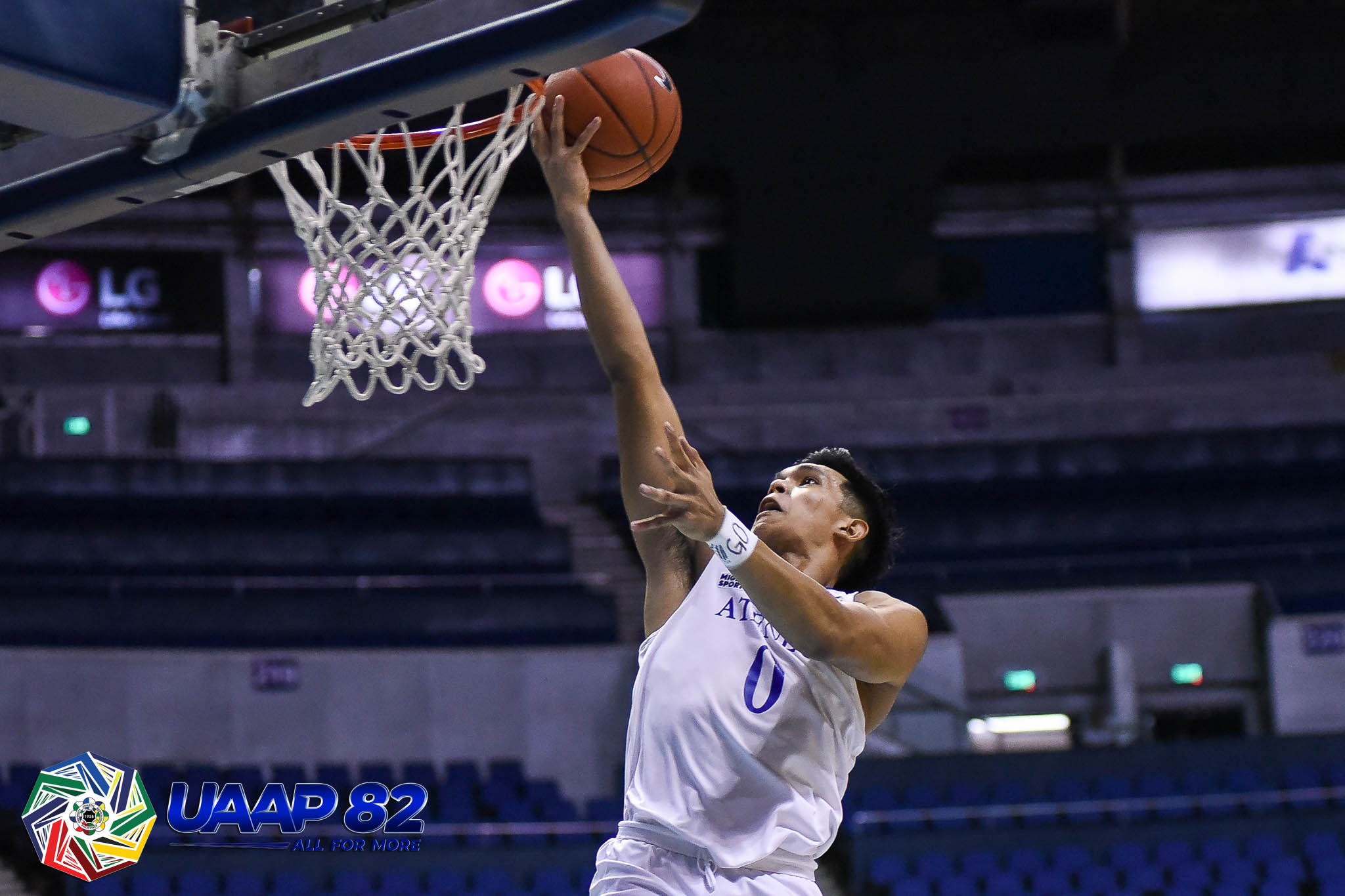 With the win, the Blue Eagles improved to a 9-0 win-loss record and have now won 19 straight games since last season.

Ateneo was off to a great start with a four-point lead, 22-18, but Adamson managed to get close to the Blue Eagles in the second quarter and even took lead, 37-34. That was shortlived though, as Ateneo took their lead back immediately in the third.

The Blue Eagles completely left Adamson with a 29-13 rally in the third period. Thirdy Ravena and Will Navarro only led Ateneo stretch the lead by as much as 15 points, 67-52, 8:37 left to go.

Adamson’s Val Chauca led a 9-0 run to cut the deficit to six, 67-61, 5:06 left in the game. Ateneo still kept a firm grip on their lead as Jerrick Ahanmisi’s three-pointer last threatened with 75-71, 22 ticks to go. Ravena and Matt Nieto’s freebies only put the finishing touches for them to nab the win.

“We really survived Adamson at the end of the game,” said Ateneo head coach Tab Baldwin post-game. “They made all the right plays, and we made several boneheaded plays. There’s no excuse for that, none whatsoever.”

Ravena led Ateneo with 23 points, five assists, four rebounds, and a steal. Navarro and Matt Nieto had 11 points each, while Matthew Daves chipped in 10 markers in his name.

On the other hand, Ahanmisi finished with 17 points, while Chauca had another 17 markers, on top of four assists as they dropped to a 3-6 win-loss record after four consecutive losses in the league.