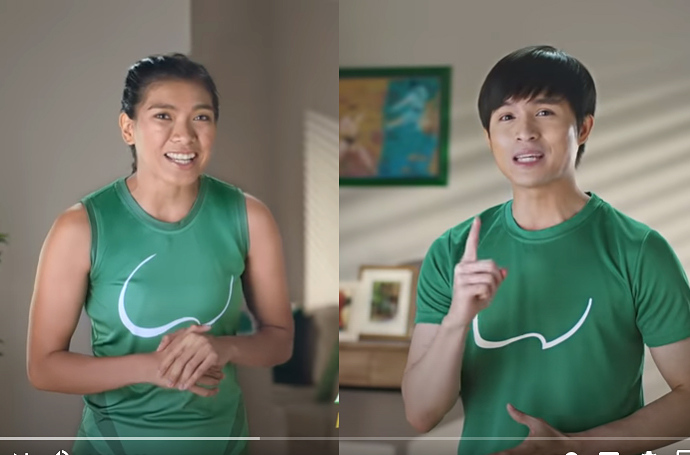 Milo Philippines and the Department of Education had linked up together to raise awareness on the importance of fitness amongst the youth, especially with the coronavirus pandemic wreaking havoc in the country.

Already launched in December, the program known as “Milo Champion Habit” will provide elementary students with an exercise regimen that they can follow online.

With internet accessibility being one of the major concerns in the country, Milo Sports executive Luigi Pumaren said that the six-minute video can be played on their YouTube Channel.

Volleyball ace Alyssa Valdez was the one of the program ambassadors, alongside famed taekwondo legend Japoy Lizardo who will be on those videos.

“It’s an exercise that can turn into a habit,” she then said, adding that they hope that getting in shape and staying healthy will not be reduced to mere online appearances.

Valdez is optimistic that the health crisis would come to an end, so that they can step out of their homes to share their routines to the youth.

“We’re hoping for this pandemic to end so we can do this face-to-face with our young students.”

Filling in for Undersecretary Tonsito Umali, secretariat director Joel Erestain stressed the importance of healthy living as a way to combat the dreaded virus, despite excessive prohibitions on sporting activities for recreational purposes.

“The best way to fight back (against the virus) is by being healthy and staying healthy. We want to instill the habit of daily exercise among our youth.”