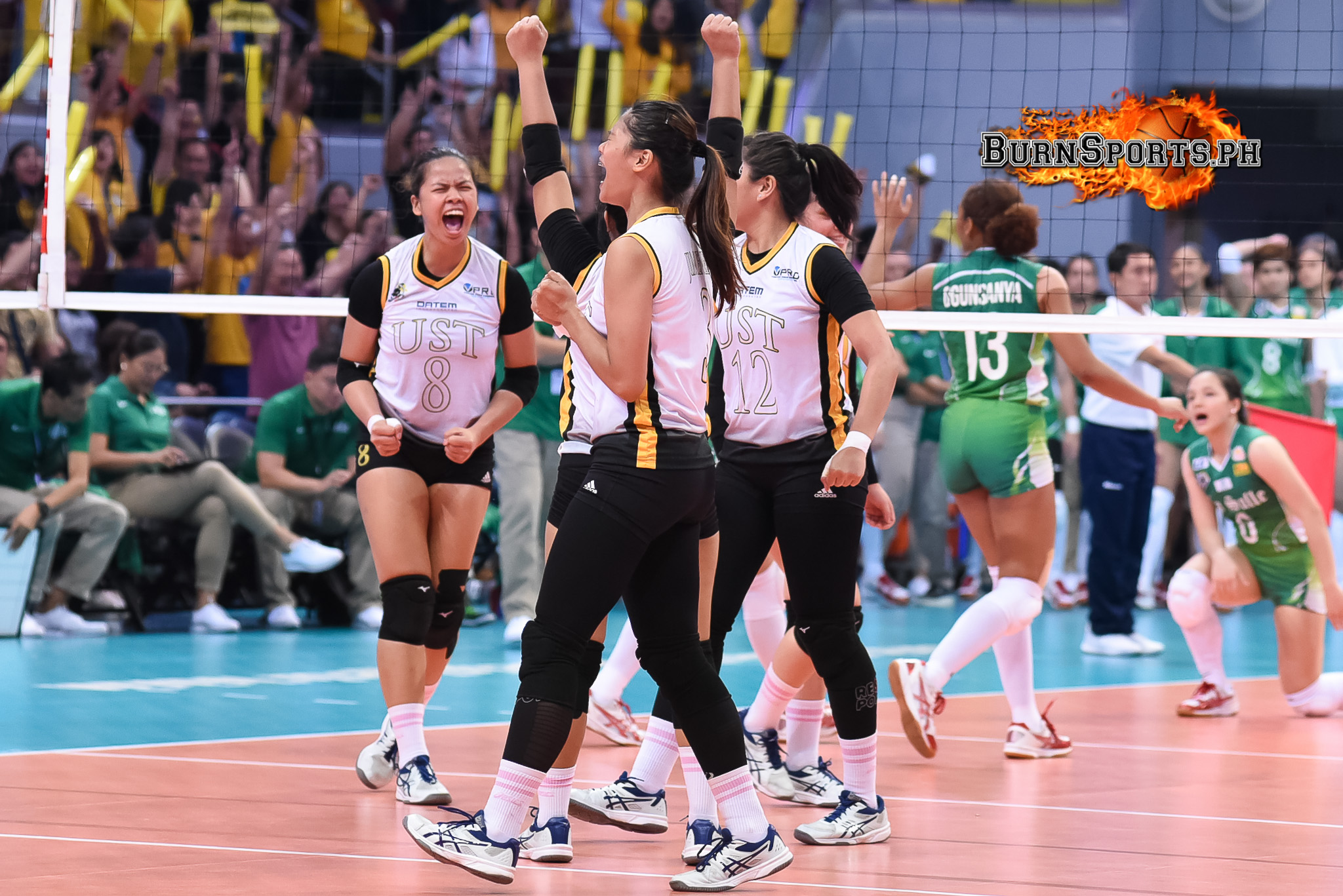 The University of Sto. Tomas Lady Tigresses punched their ticket to the championship round after taking down the defending champions De La Salle University Lady Spikers in the semifinals, 25-19, 25-19, 20-25, 23-25, 15-10, in the UAAP Season 81 women’s volleyball tournament, Sunday at the Mall of Asia Arena in Pasay City.

UST asserted its dominance in the first two sets for a commanding 2-0 advantage in the match. In the third set, the Lady Tigresses seemed to be on its way to a straight-set sweep with a 15-11 lead. However, after calling a time-out, La Salle unleashed a 6-0 run to steal the momentum and eventually won the frame.

With momentum on their side, the three-time champions displayed their experience as they escaped a 17-all deadlock in the fourth set to a four-point cushion.

Caitlyn Viray and Eya Laure attempted to narrow down the gap, but an unfortunate net touch from UST gave La Salle a chance in a deciding set.

Seeing their lead suddenly eradicated, the Lady Tigresses were quick to recover in the fifth frame and established a crucial 10-5 lead. La Salle once again attempted to stage a comeback and came within one point, but Alina Bicar and Eya Laure provided the necessary push to complete the five-set victory.

Rookie Eya Laure led UST with career-high 25 markers on 21 kills, 2 kill blocks, and 2 service aces while Sisi Rondina still had her numbers with 17 points. The supporting cast in Caitlyn Viray and KC Galdones combined for 21 points, together with the 21 excellent digs and 21 excellent receptions by the senior Rica Rivera.

UST denied La Salle of achieving their four-peat and ended the Tigresses’ eight-year Finals drought. It was in Season 73 when they last tasted a Finals appearance and fell to the same opponent.

The Lady Tigresses are waiting for the match-up between Ateneo and FEU for the Game 1 of the Finals on May 11, Saturday at the Araneta Coliseum.