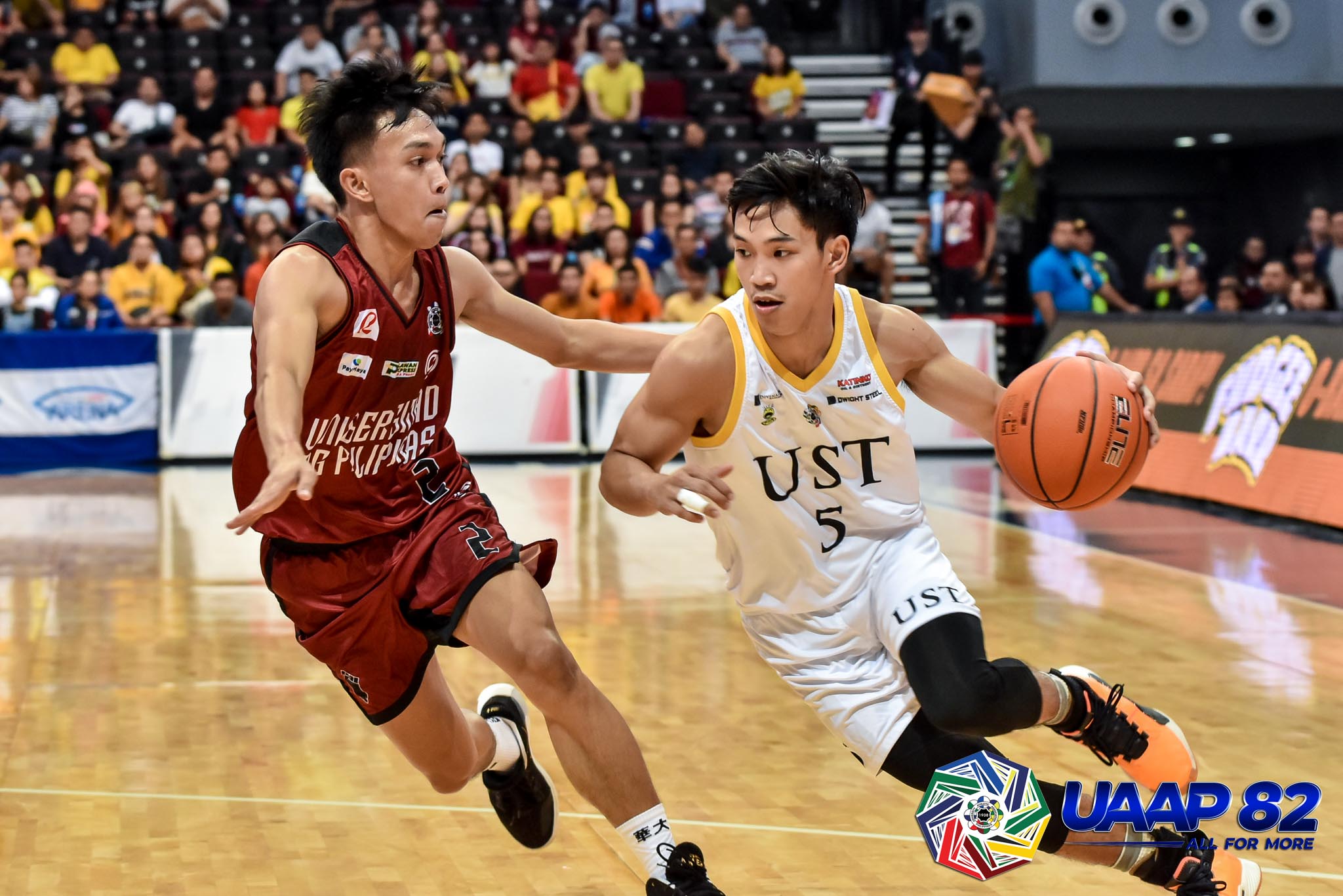 MANILA, Philippines – University of Santo Tomas banked on their three-point shooting to defeat University of the Philippines again, 84-78, on Wednesday in the UAAP Season 82 men’s basketball tournament at the Mall of Asia Arena.

Renzo Subido and Brent Paraiso waxed hot on the three-point area as they shot back-to-back triples to overturn a four-point deficit into a 79-78 advantage. UST forced UP for another turnover with Subido running down the line for another triple for an 82-78 lead, 26.7 ticks to go.

UP was forced another turnover as Soulemane Chabi Yo got possession for the ball and got a foul. A couple of his freebies eventually iced the game as they swept the Fighting Maroons in the elimination round and improved to a 6-5 slate for solo third in the team standings.

“It was a good game and it was a good win because it came in a close game. Being a young team that makes the right decisions down the stretch, that was big for us,” head coach Aldin Ayo said post-game.

All in all, seven of the Growling Tigers combined for 16 points from the perimeter, this season’s highest, and also had the lowest number of turnovers with only six.

Veteran Subido led the Tigers with 13 points, five assists, and five rebounds, while Sherwin Concepcion had 16 points, five of which came from his three’s, on top of five rebounds. Chabi Yo posted a 14-point, 10-rebound double-double, while team captain CJ Cansino had four triples for 12 markers, along with three assists, and two boards.

On the other hand, Kobe Paras led UP wih 18 points, five rebounds, and two assists, while Jun Manzo added 12 markers, seven dimes, and four boards as they fell for the second consecutive time for a 6-4 win-loss record.