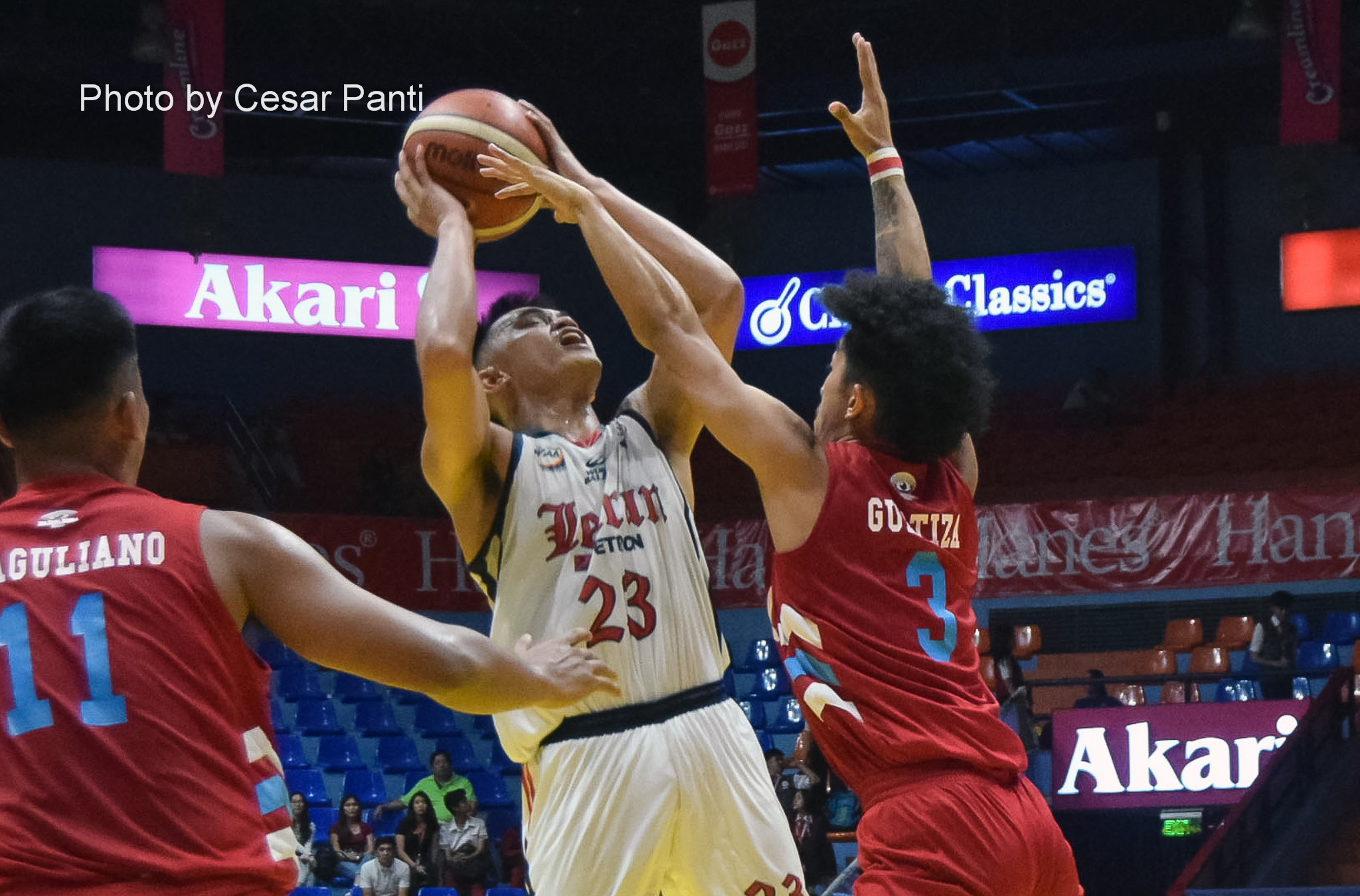 With the win, they improved to a 12-6 win-loss record and assured the no. 3 seat in the team standings. Though a sure spot gave them a big advantage against other teams, team captain Jerrick Balanza reiterated it is no time to relax.

Letran trailed by as much as 19 points in the first half, 19-38, and settled for an 11-point deficit going into the third quarter. From there, they managed to make a much-needed comeback and went on a 34-13 run to enter the final frame with a one-point edge, 56-55.

JP Maguliano’s buckets kept EAC at bay, but Letran’s momentum was unstoppable as they went on another 11-0 run. The Knights never looked back from there as they clinched the game on a high note.

In the end, Larry Muyang topped Letran with a double-double record of 22 points and 11 rebounds, while Balanza had 20 markers, four boards, two assists, and two dimes. Bonbon Batiller chipped in 15 points and four assists, while Fran Yu had 10 markers, four dimes, and three boards in the win.

On the other hand, graduating Jethro Mendoza paced EAC with 26 points, while Maguliano added 13 markers and nine rebounds as they dropped to a 4-14 slate.

Letran will now have to wait for the last games of fourth-srunning San Sebastian College-Recoletos and fifth-running College of St. Benilde to determine the teams who will compete in the next round.