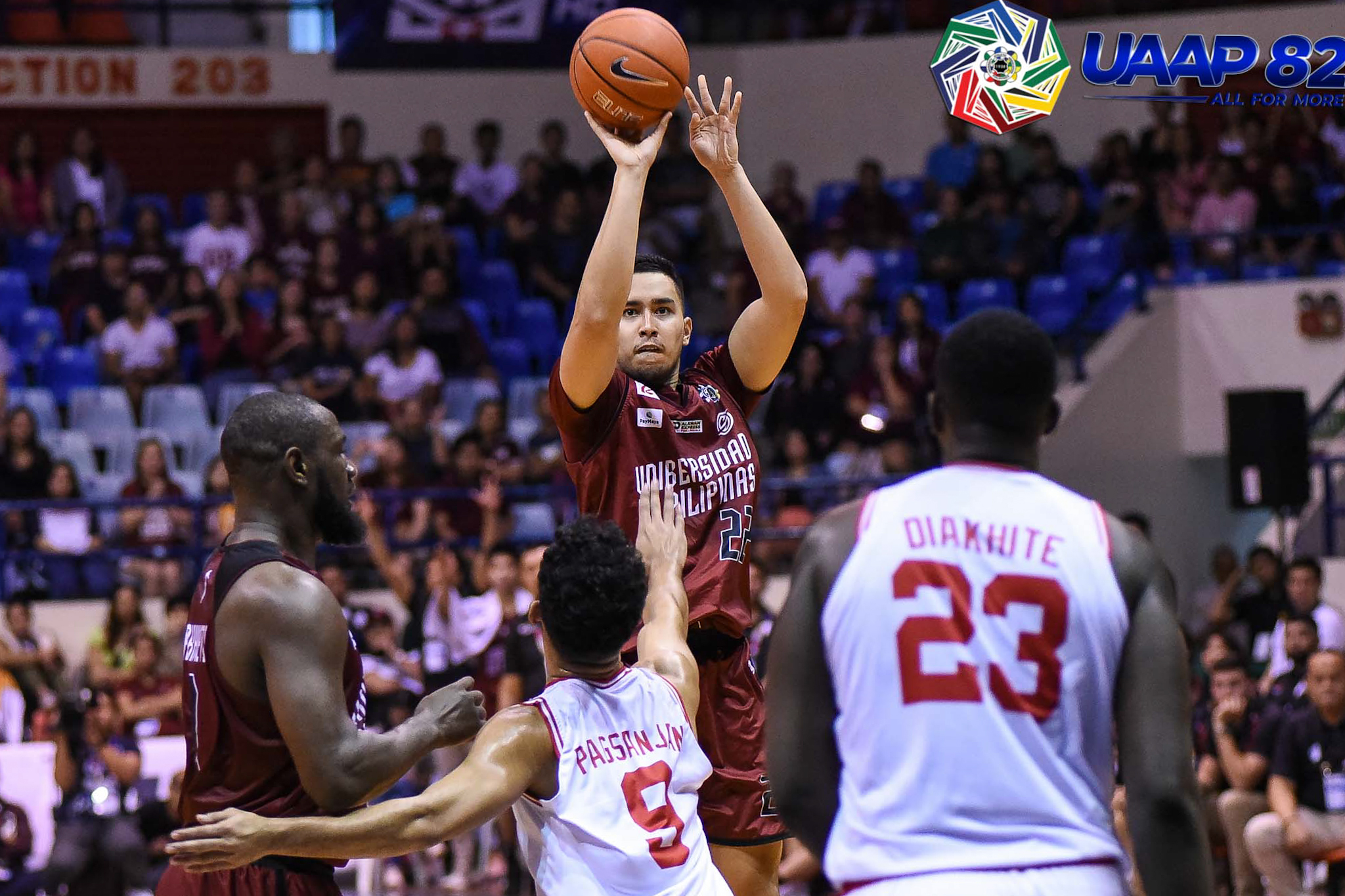 ANTIPOLO – Last season’s runner-up, University of the Philippines keeps their Finals hopes alive as they kept their winning streak in the UAAP Season 82 men’s basketball tournament after defeating University of the East, 62-56, Saturday at the Ynares Center in Antipolo.

With the win, the Fighting Maroons improved to a 4-1 win-loss record, claiming solo second behind rival Ateneo De Manila University, while the Red Warriors dropped to 1-4 slate.

UP started off with a big 12-3 run early in the first quarter and kept a comfortable 12-point cushion, 39-27, at the half, but UE kept coming back and not giving up.

UE, who shocked La Salle with a fourth quarter comeback thanks to Rey Suerte, also rallied for a late run against UP and cut the deficit to one, 57-56, less than two minutes left in the game.

Jaydee Tungcab stepped up for UP with a triple that gave them a four-point lead, 61-56. They kept their defenses strong in the last seconds to stop UE from making any other baskets.

For UE, Suerte, who finished with a stunning 31-point outing that led them to victory against La Salle, was limited to only four points on 2-of-15 shooting.

Senegalese Alex Diakhite instead paced the Red Warriors with a double-double record of 21 points and 17 rebounds, to go with five assists.