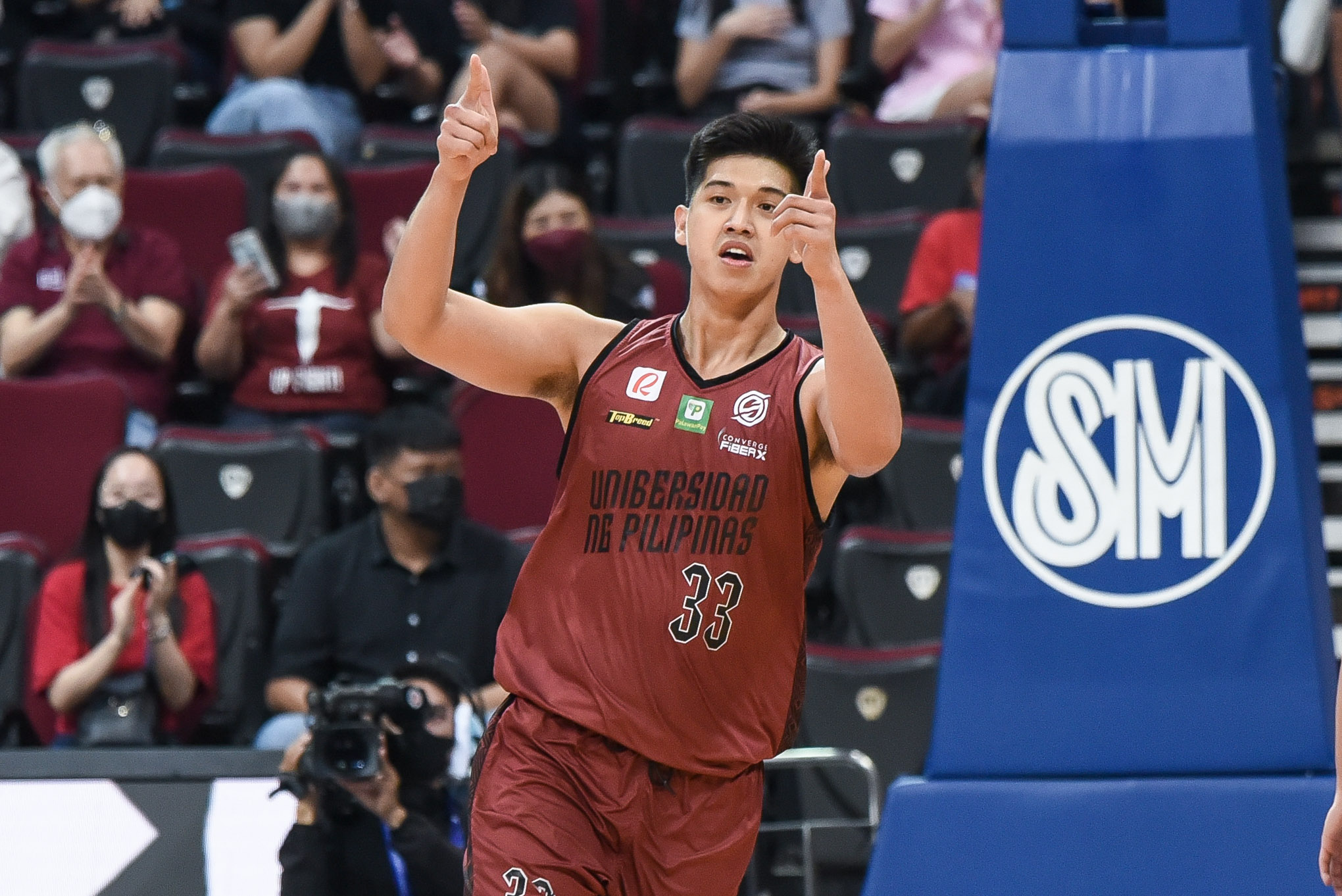 MANILA, Philippines – University of the Philippines (UP) and National University (NU) clinched big wins to stay atop the UAAP Season 85 men’s basketball tournament on Wednesday, October 19, at the SM Mall of Asia Arena.

The Fighting Maroons halted University of the East’s (UE) two-game winning streak, 84-77, and rose to a 5-1 win-loss record in the league standings.

Gerry Abadiano split his freebies, before Nikko Paranada shot another layup to keep UE within three, 77-80, 15.3 ticks left. However, UP got the win in the bag as time run out with Malick Diouf making both his freebies.

UP’s Abadiano and Terrence Fortea had 13 points each, while Carl Tamayo chipped in another 13 markers on top of seven rebounds and seven steals before hurting his ankle on a wrong step with 56.5 seconds left in the game.

Payawal and Paranada led UE with 21 and 20 points, respectively as they fell to a 3-3 slate for fourth place.

On the other hand, NU escaped the mighty De La Salle University (DLSU) for an 80-76 outing to share the number one spot with UP. This is the Bulldogs’ first win over the Green Archers since 2015 in Season 78.

Down by six, Kevin Quiambao shot a trey to keep La Salle within three, 76-79, 58.2 seconds left. The Green Archers had multiple chances, but Steve Nash Enriquez and Quiambao’s attempts missed, giving John Lloyd Clemente a comfortable position to clinch the win from the line.

Clemente had a 16-point, 10-rebound double-double for NU, while Omar John had another double-double record of 15 markers and 12 boards on top of four steals and two blocks.

Quiambao paced the Green Archers with 15 points and six rebounds, while Evan Nelle chipped in 14 markers, 10 assists, and seven boards in the loss. #