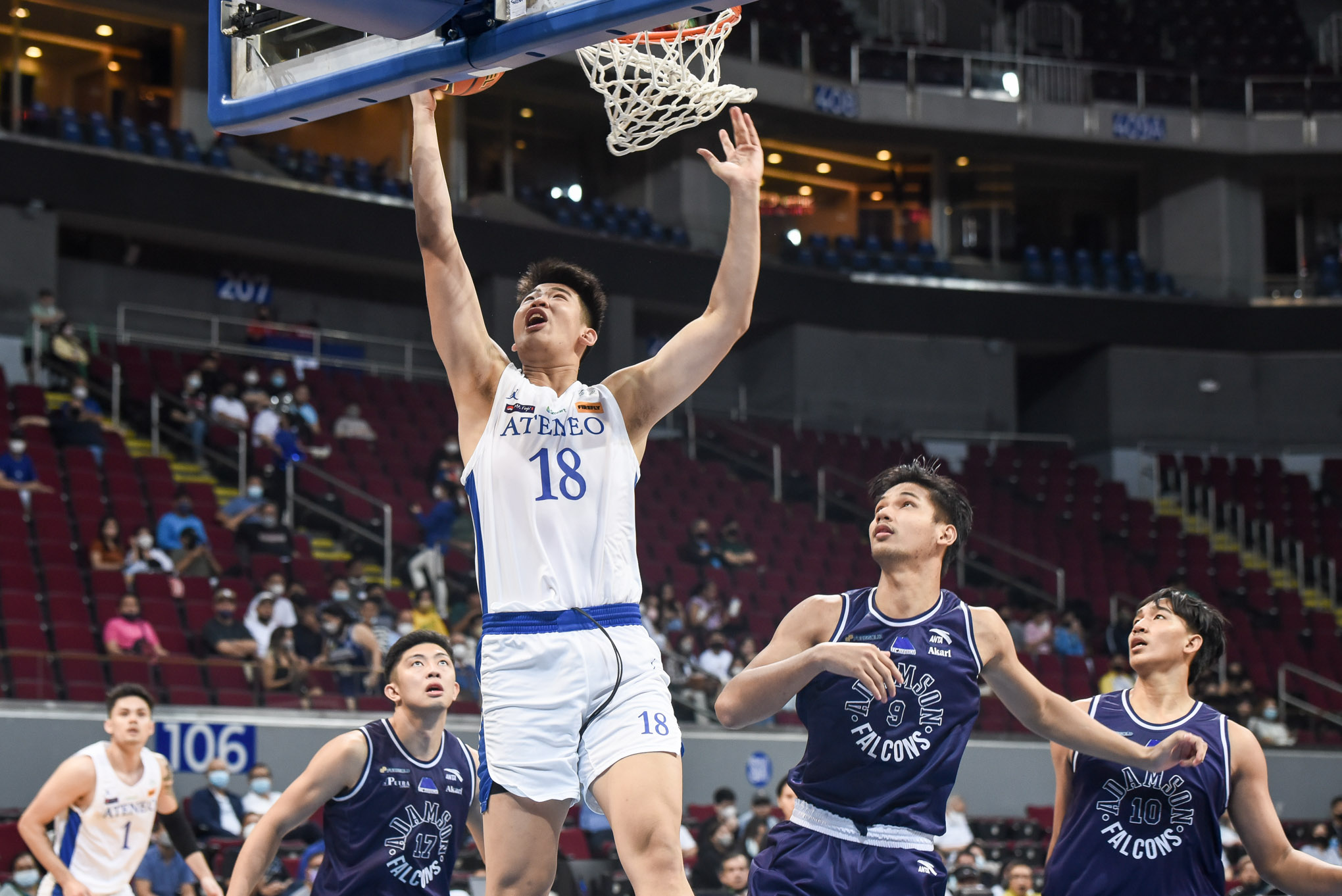 MANILA, Philippines – Ateneo de Manila University (ADMU) is back in the winning column, while Far Eastern University (FEU) clinched its first victory in the UAAP Season 85 men’s basketball tournament on Wednesday, October 19, at the SM Mall of Asia Arena.

“I’m very happy that we’re back on the right side of the win column after the UP loss,” said Ateneo head coach Tab Baldwin.

Hungry to get back on track, Ateneo opened the third frame with 12 unanswered points to extend their nine-point lead at the half to 21, 53-32, 6:52 left. The Soaring Falcons failed to get back up, slumping to a 2-4 slate at sixth place.

In the last game of the day, FEU finally pulled off a breakthrough win against University of Santo Tomas (UST), 75-60.

UST’s Migs Pangilinan and Jamba Garing answered with back-to-back bucket to inch within 10, but that proved to be the closest the Growling Tigers could get as FEU sailed to victory.

UST’s Nic Cabanero had 20 points, five rebounds, and five assists in the loss.