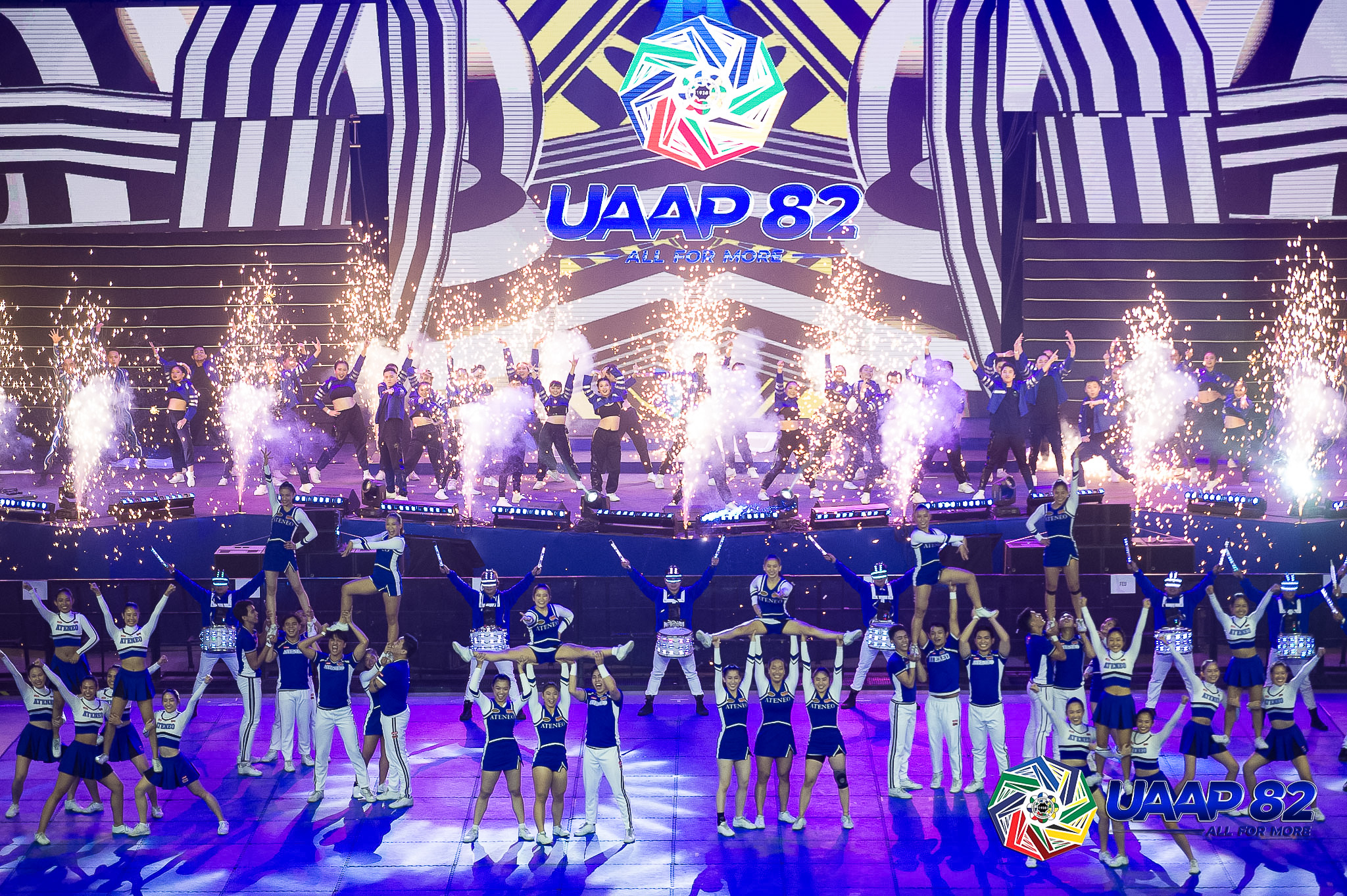 A higher level of sportsmanship and excellence is what fans can expect from athletes and coaches this year from one of the country’s most prestigious collegiate leagues.

After just 103 days since the closure of Season 81, the University Athletics Association of the Philippines opened Season 82 with an opening ceremony that serves as a send-off for the league’s athletes Sunday afternoon at the SM Mall of Asia Area in Pasay City.

The event, opened by the Ateneo Glee Club’s moving renditions of Teach Me To Be Generous and the Lupang Hinirang, featured top local bands such as Sponge Cola, Itchyworms, Autotelic, December Avenue and IV Of Spades and performances by the Ateneo Dance Club and the Blue Babble Battalion.

Athletes who have played for and will represent the country in different international tournaments were recognized just before the Oath of Sportsmanship, which was read by Ateneo fencing sensation and World Cup bronze medalist Maxine Esteban.

“We as a country, we are hosting the 2019 South East Asian Games so it is another occasion for us to come together as Filipinos and I hope that is something that is also a greater thing to do beyond our teams, beyond our schools,” added Villarin.

The UAAP games are set to tip-off with Men’s and Women’s basketball games on September 4, 2019 at the Smart Araneta Coliseum in Quezon City and the UST’s Quadricentennial Pavillion in Manila.