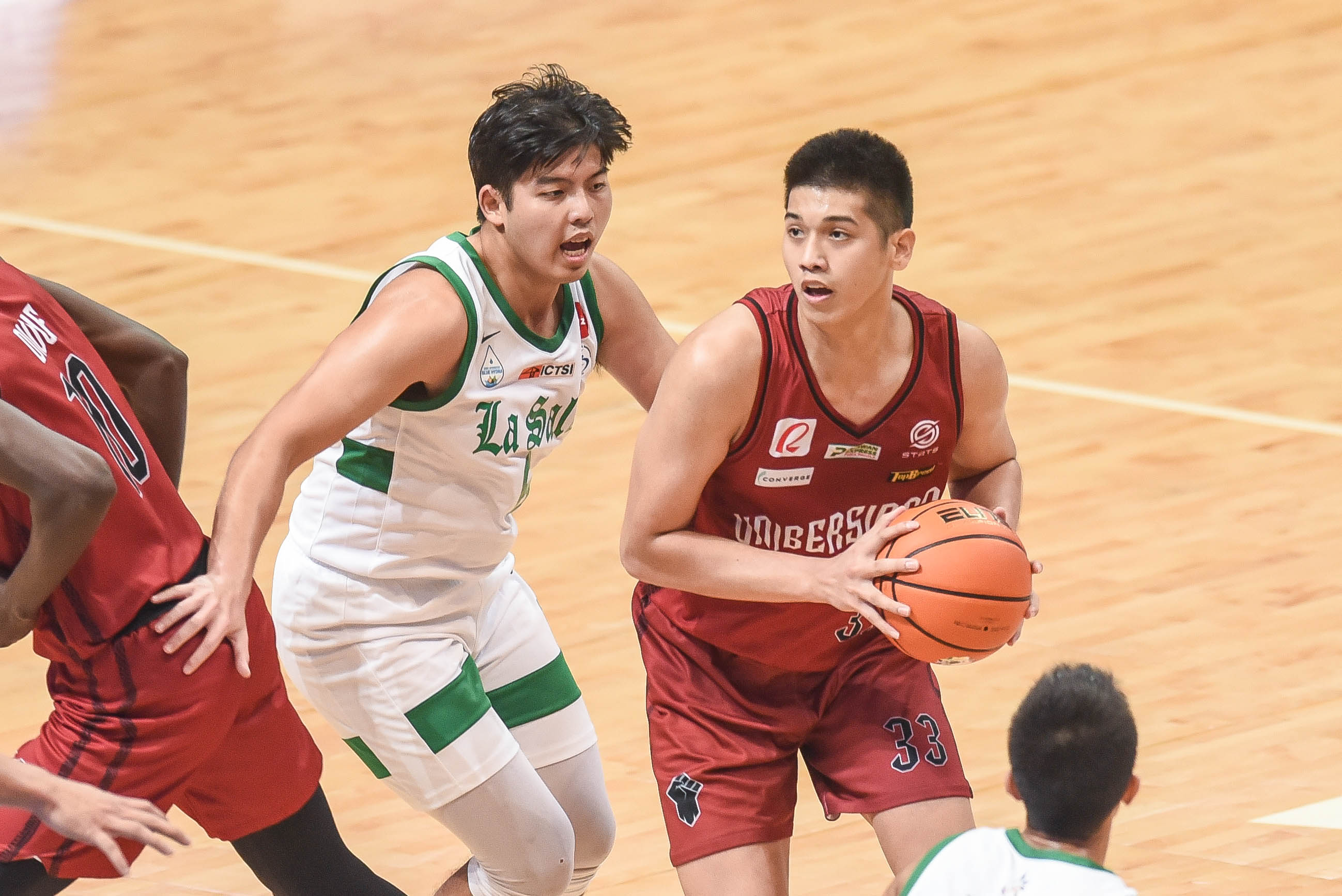 The Univeresity of the Philippines (UP) returns to the UAAP Finals after defeating the De La Salle University (DLSU), 78-74, in their do-or-die Final Four matchup on Friday, May 6, at the SM Mall of Asia Arena.

The Green Archers were leading with a seven-point advantage by the end first quarter, 22-15, and stretched it up to 13 in the third, 64-51, courtesy of a 7-0 run by Mark Nonoy and Schonny Winston.

La Salle’s Mike Phillips made a layup, but UP’s Carl Tamayo shot back four consecutive points to tie the game at 73-all, 1:03 to go.

Evan Nelle tried for a floater, but missed. Tamayo secured rebound, and was fouled. He iced the game for UP by staying perfect from the charity stripe.

“Actually halos buong game we were struggling,” said UP head coach Goldwin Monteverde, who replaced Bo Perasol late last year. “It led until the last four minutes but we never gave up, ‘yung overcoming adversity. Sa totoo lang, ‘di ko maano what I’m feeling right now eh… Going into this game, everyone just decided that we were gonna fight until the end.”

UP will face top team and defending champion Ateneo de Manila University in the best-of-three Finals. UP was the lone team to stop Ateneo’s 39-game winning streak in the UAAP elimination round with an 84-83 win.

For La Salle, Winston had 26 points, while Phillips had 10 markers, 17 rebounds, and two blocks.