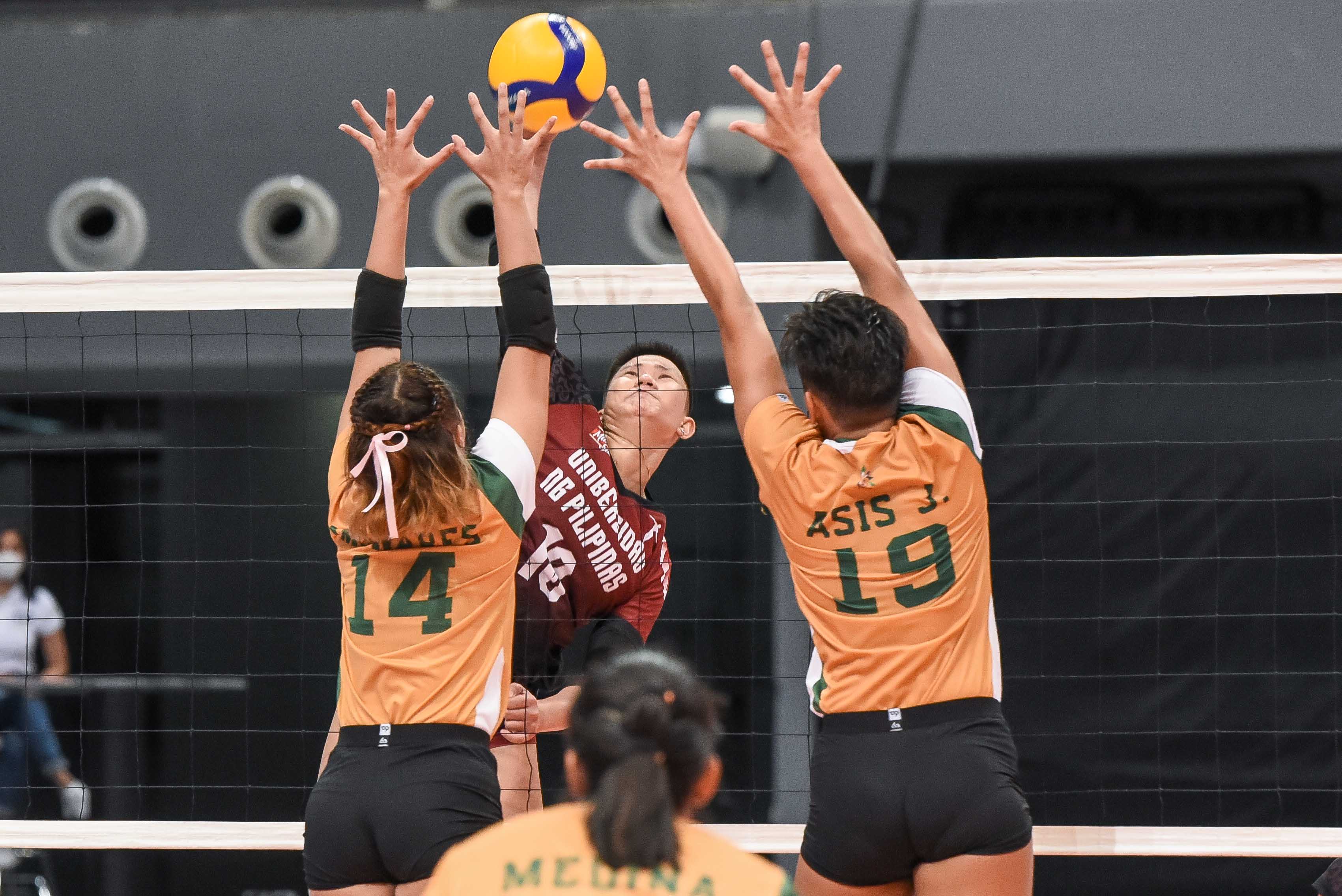 The University of the Philippines Lady Maroons registered their second win after defeating the Far Eastern University Lady Tamaraws in a five-set showdown, 25-12, 25-22, 24-26, 27-29, 15-11, in the second day of the UAAP Season 84 women’s volleyball, Saturday, at the Mall of Asia Arena in Pasay City.

After convincingly winning the first two sets, UP went through a mid-game meltdown, allowing FEU to mount their comeback to extend the match.

In the fourth frame, the Lady Maroons were already at match point, 24-21, until Chenie Tagaod came up with back-to-back points followed by a well-placed hit by Isabelle Truz to tie the score. Both teams exchanged points and errors until FEU successfully brought UP in a rubber set.

The Lady Maroons quickly recovered in the fifth, building a huge 11-3 advantage with the help of the consecutive errors from the Lady Tamaraws. FEU retaliated and came as close as 14-11, but a combination play for Alyssa Bertolano sealed the victory for UP.

Rookie Bertolano tallied her second 20-point output for the Lady Maroons, finishing the match with 25 points off 24 attacks and one service ace. Lorie Bernardo and Irah Jaboneta contributed 13 and 12 points, respectively.

Tagaod carried the load for the Lady Tamaraws with 18 points.

The five-set win gave UP a 2-0 win-loss card in the elimination round, tied with NU, La Salle, and UST. FEU dropped to 0-2, alongside Ateneo, UE, and Adamson. 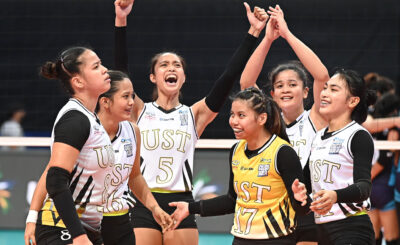 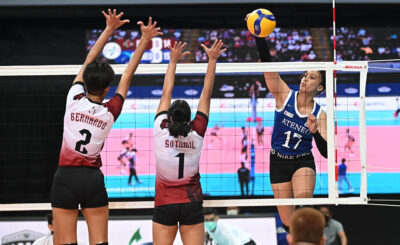 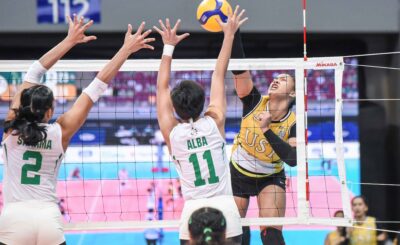 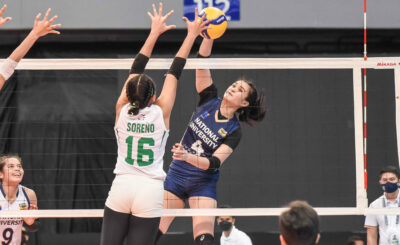 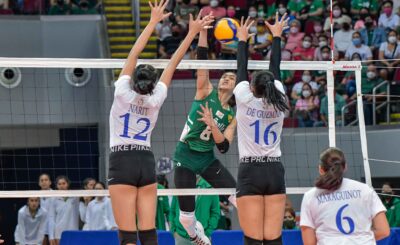