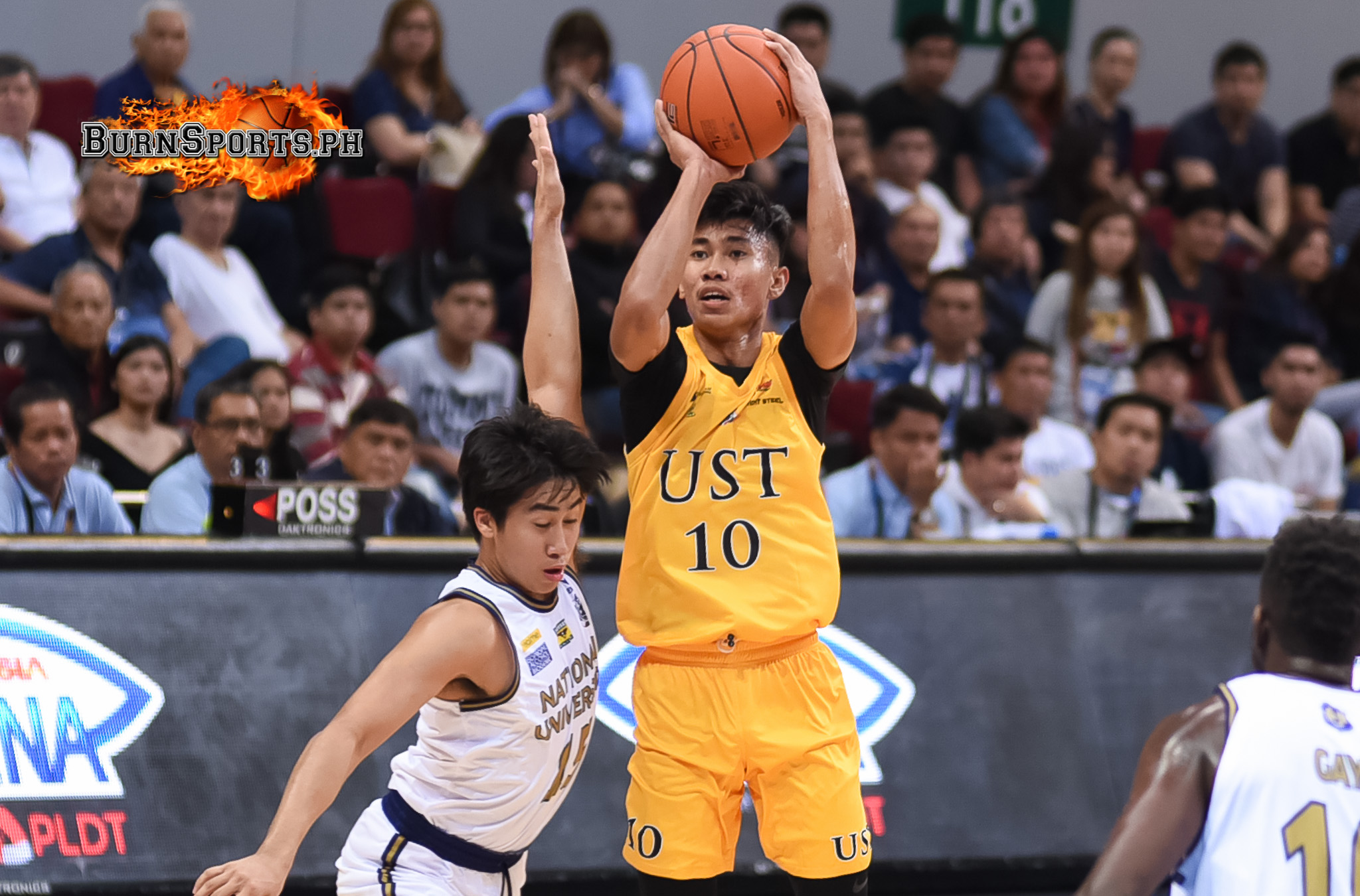 “Thank you for your unending grace!!!” Abando wrote on Twitter, and later on posted the same caption on his Instagram stories with a photo of UST’s Main Building in the background.

Letran, UST’s sister-school, and San Beda University are said to have expressed their interest in recruiting Abando, who has tallied 11.71 points and 5.29 rebounds per game, according to a report by Manila Bulletin Sports.

The Varsitarian, UST’s official university-wide publication, first reported Abando and Bataller’s departure, noting that both players did not explain further on what led to their decision to leave the team.

The Varsitarian also first reported that incoming sophomore Jun Asuncion has transferred to Mapua University. Although Asunción was not part of the roster training in Bicol, he showed promising performance in UST, when he exploded for 20 points in beating TIP during PBA-D League last March.