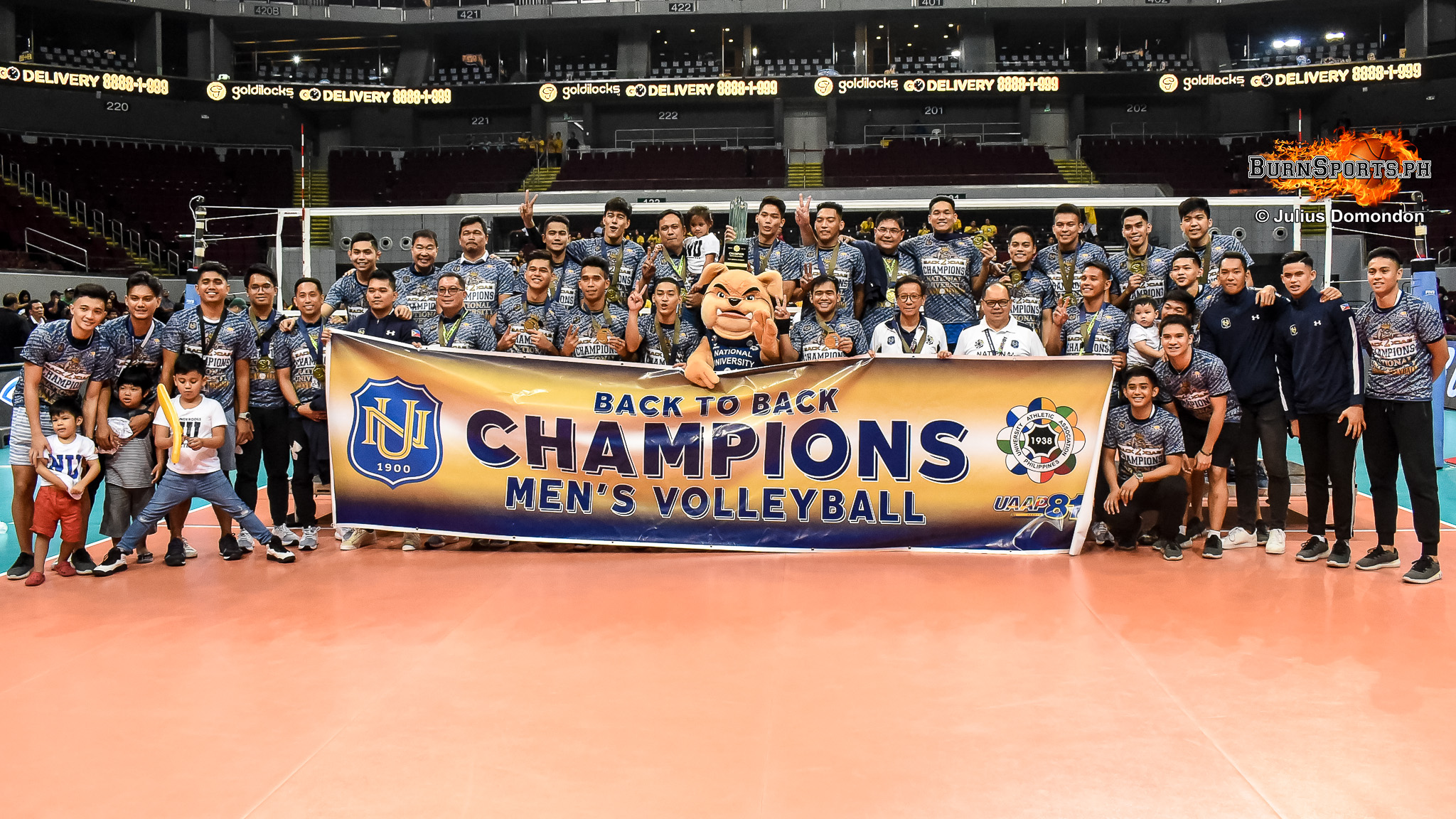 The National University Bulldogs successfully defended their crown after defeating the Far Eastern University Tamaraws in Game 2 of the Finals, 24-26, 25-23, 25-23, 25-19 in the UAAP Season 81 men’s volleyball tournament, Wednesday at the Mall of Asia Arena in Pasay City.

After losing the extended opening set via two consecutive blocks by FEU, the Bulldogs’ championship experience kicked in as they responded in the succeeding sets.

NU escaped the Tamaraws in another close frames as Richard Solis was called for a stepping violation in the third set, while a middle quick hit from Kim Malabungahalted the late rally of Tamaraws in the fourth for a 2-1 advantage.

The Bulldogs continued to roll in the fourth set as they established and maintained a comfortable lead, 20-16. FEU attempted to stay alive and cut down the deficit to a single point, but NU answered back with a 6-0 closeout capped off by three consecutive points by Brian Bagunas to seal the championship.

UAAP Season 81 MVP Brian Bagunaswas unstoppable in his last UAAP game with 35 points on 33 attacks, earning another Finals MVP plum after the match.