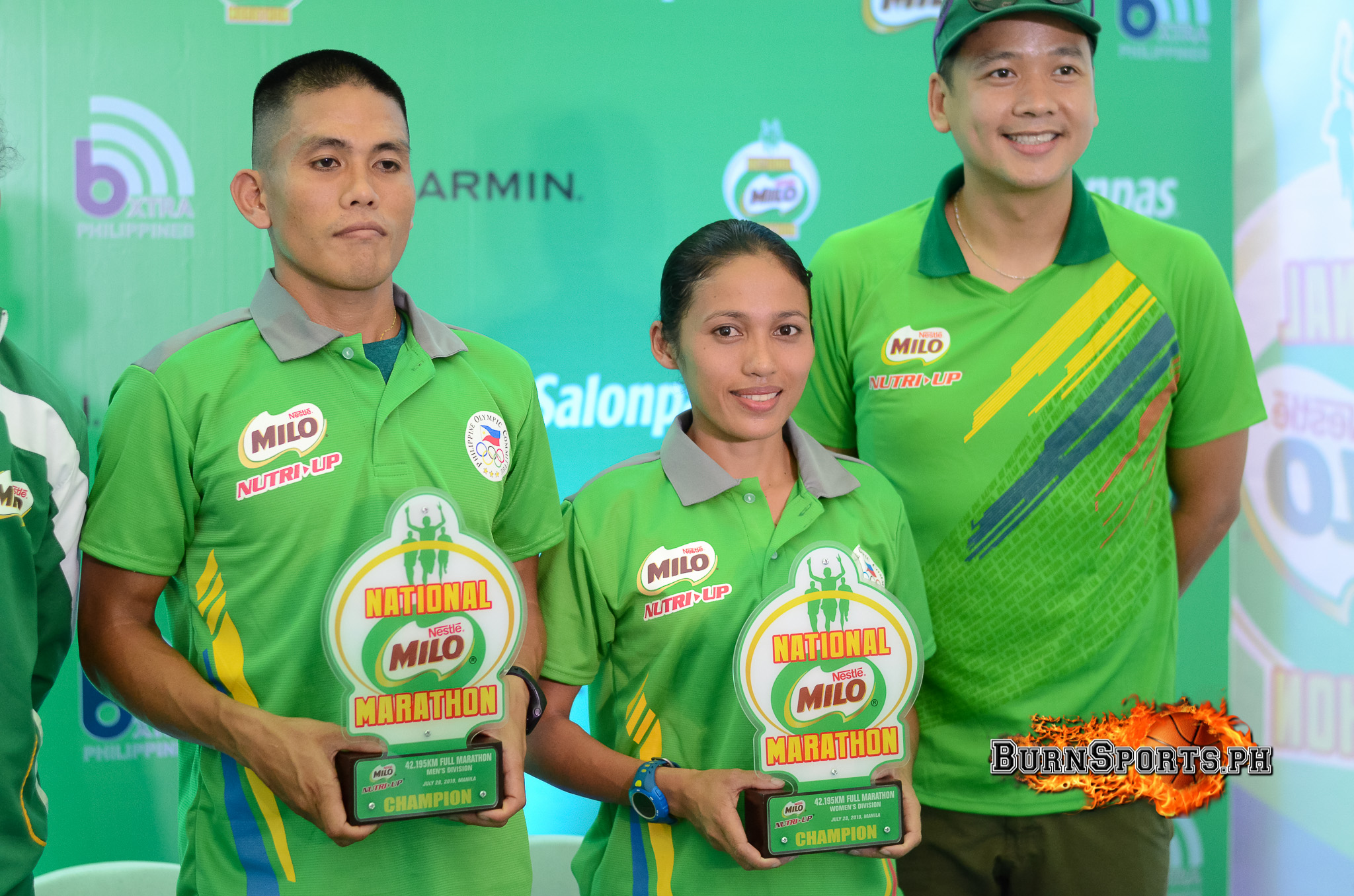 Anthony Nerza and Christine Hallasgo put their names on the trophy as the new season of the National Milo Marathon tipped off last Sunday at the Mall of Asia grounds .

The pair won the opening leg of the 2019-20 campaign, which was an elimination race that got them their slots in the national finals in Tarlac next year in the country’s longest-run marathon series.

Winning his first full marathon in his nine-year running career, Nerza continued the winning tradition of the runners from the Philippine Air Force even after the passing of fellow Airman and national team standout Rafael Poliquit, as he ruled the men’s tiff as he crossed the line at Seaside in 2:32:50 seconds.

Nerza brushed off fellow veteran Richeel Languido in the final four kilometers, with the latter settling for the runner up honors after finishing the race almost four minutes later.

Jeson Agravante wrapped up the podium after taking the bronze at 2:38:48

Meanwhile Hallasgo retained her status as the Manila leg’s running queen for the second year running, with the former half-marathon veteran the lone woman in under three hours and ten minutes.

A protege of the fabled Eduardo Buenavista, the Bukidnon native only had two weeks to prepare and wasted no chance by taking home the title with the time of 3:06:28 in a wire-to-wire victory.

Coming in second was April Rose Diaz who crossed the line almost nine minutes later, with Maricar Camacho (3:26:03) round up the top three in the distaff side. 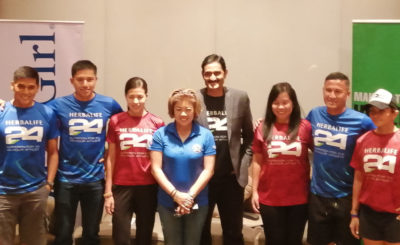 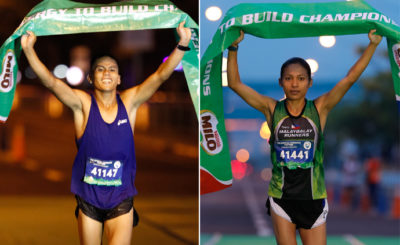