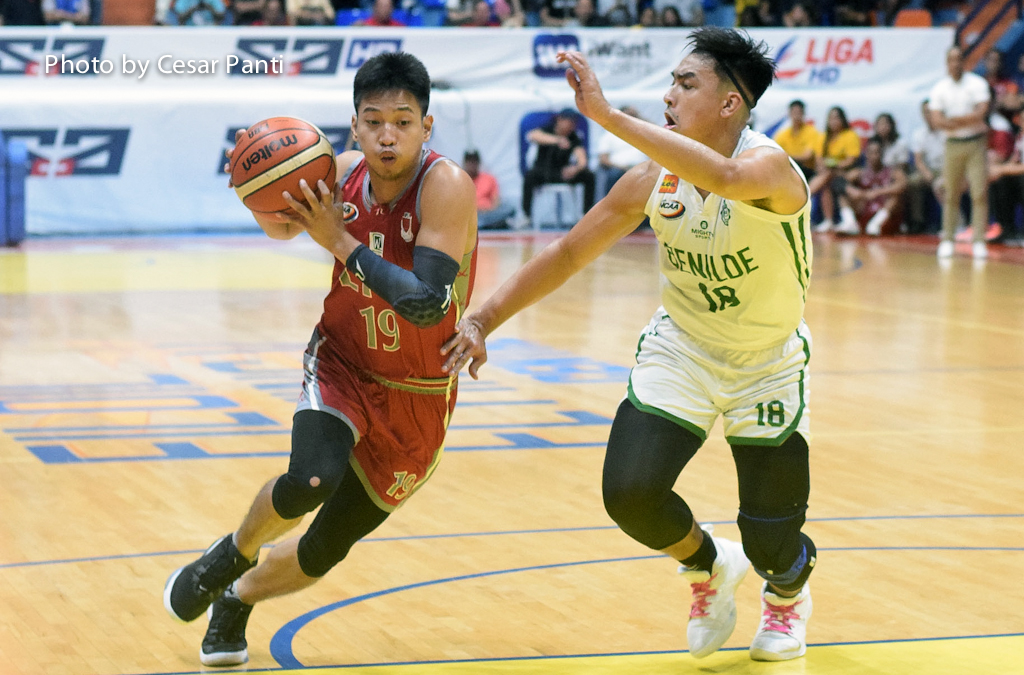 MANILA, Philippines – Lyceum of the Philippines University denied College of St. Benilde a clean slate and gave them their first loss, 74-71, in the NCAA Season 95 men’s basketball tournament on Friday at Filoil Flying V Center in San Juan.

It was a tight game in the first half, but Lyceum managed to break free coming into the third quarter with Jaycee Marcelino steering the helm for his team.

Marcelino and big man Mike Nzeusseu knocked down back-to-back baskets that lifted the team for a comfortable 20-point cushion in the third quarter, 68-48.

But, the Blazers did not come all this way unbeaten if not for their aggressiveness and focus in the game. Soon enough, the match was neck and neck once again as CSB cut down LPU’s 20-point lead.

With only 3.7 seconds to go, Chris Flores knocked down one of his two freebies, 71-74. The Blazers could have grabbed a rebound and used that to their advantage to send the game for overtime, but Nzeusseu was at the right place at the right time and got the rebound, which sealed the win for the Pirates.

“We have to give credit to CSB. They just kept on pursuing us,” Lyceum coach Topex Robinson said after the match.

With the win, Lyceum rolls on to their fifth consecutive victory and sixth overall out of seven games. This also keeps them undefeated against the Blazers under coach Ty Tang.

Jaycee Marcelino finished with 23 points, while Nzeusseu had a double-double record of 17 markers and 16 rebounds.

On the other hand, Leutcheu led CSB with 15 points, nine rebounds and two steals as veteran player Justin Gutang was only limited to six points, eight rebounds, and eight assists, his worst record yet in the season.