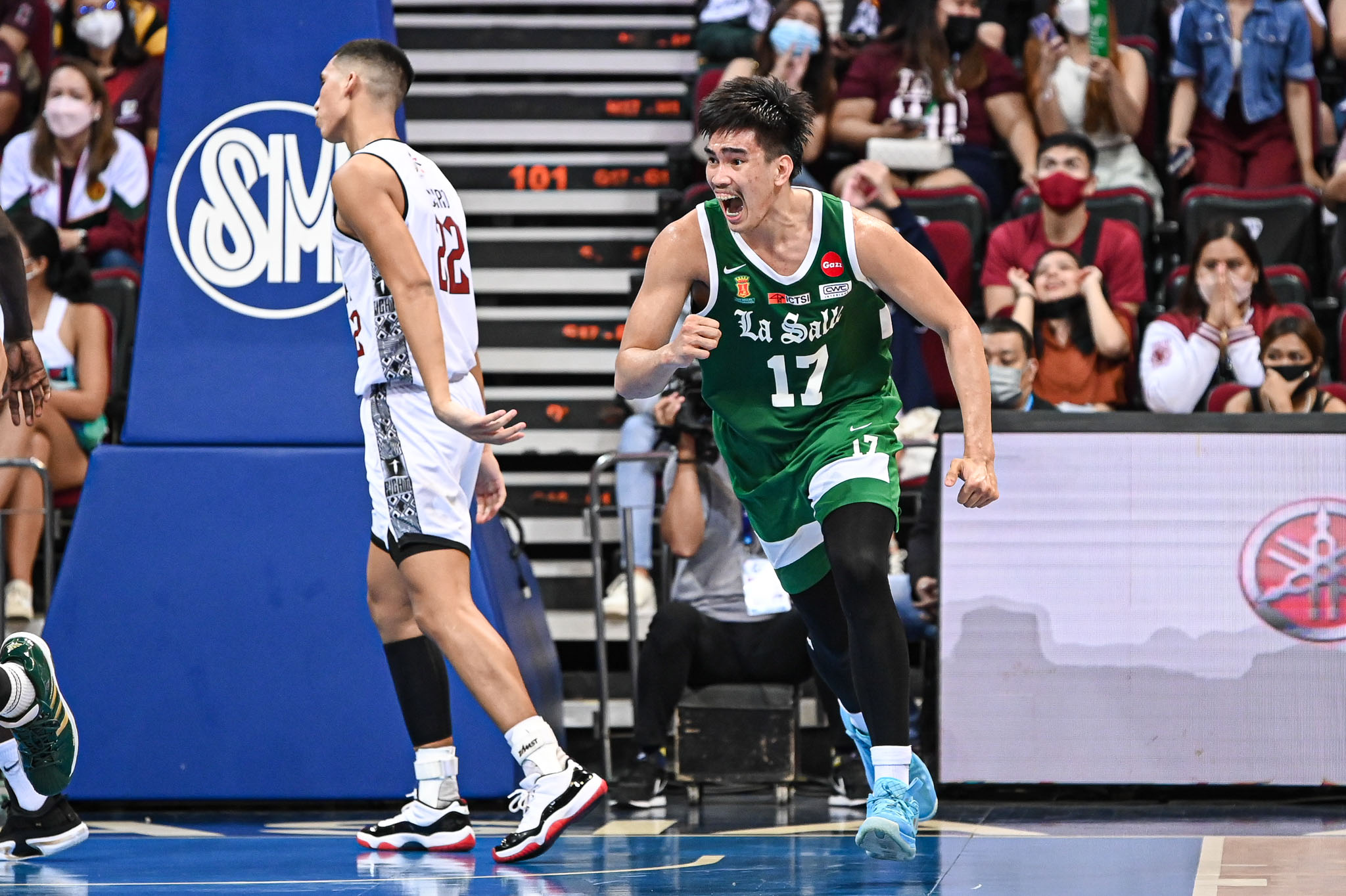 The Green Archers ended University of the Philippines’ (UP) seven-game winning streak with an 82-80 win.

“I must give it to the guys. Proud of the way they played today. We got down by 12 but we regrouped,” said La Salle head coach Derrick Pumaren.

Tied at 69-all, La Salle’s Mike Phillips, Mark Nonoy, Jared Abadam, and Kevin Quiambao connected for 10 consecutive points for a 79-69 lead, 1:13 left in the game.

Fighting Marrons JD Cagulangan and Zavier Lucero then answered back to inch within four, 75-79, 23.7 ticks to go.

Quiambao split his charities, but also paved the way for Cagulangan to drain a triple, 78-80, 12.5 seconds left.

Quiambao was fouled again, and this time, sank both his free throws. Cagulangan’s attempt at the three-point failed, while Malick Diouf made a buzzer-beater, but was not enough as time ran out.

Quiambao paced La Salle with 18 points and nine rebounds, while Nonoy chipped in 15 markers. Evan Nelle had nine points and seven assists, while Phillips finished big in rebounding with 14 boards, on top of eight points.

On the other hand, Lucero paced UP with 15 points and six rebounds, while Carl Tamayo had 14 markers and seven boards as they remain on top of the team standings with a 10-2 slate.

Down by one in the first quarter, 15-16, the Soaring Falcons held a 42-23 advantage at the half and sustained its lead till the final period, leading by as much as 22 points.

Lenda Douanga and Didat Hanapi had 13 points each, while Cedrick Manzano had a double-double record of 11 points and 12 rebounds, along with two blocks.

Luis Villegas’ 20 points and six assists was put to waste as UE suffered its third straight defeat to fall to 4-8, tied with Far Eastern University at sixth. # 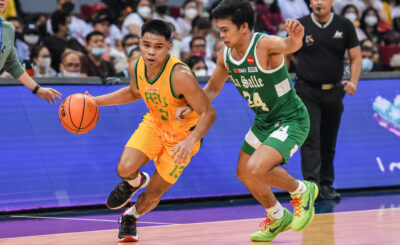