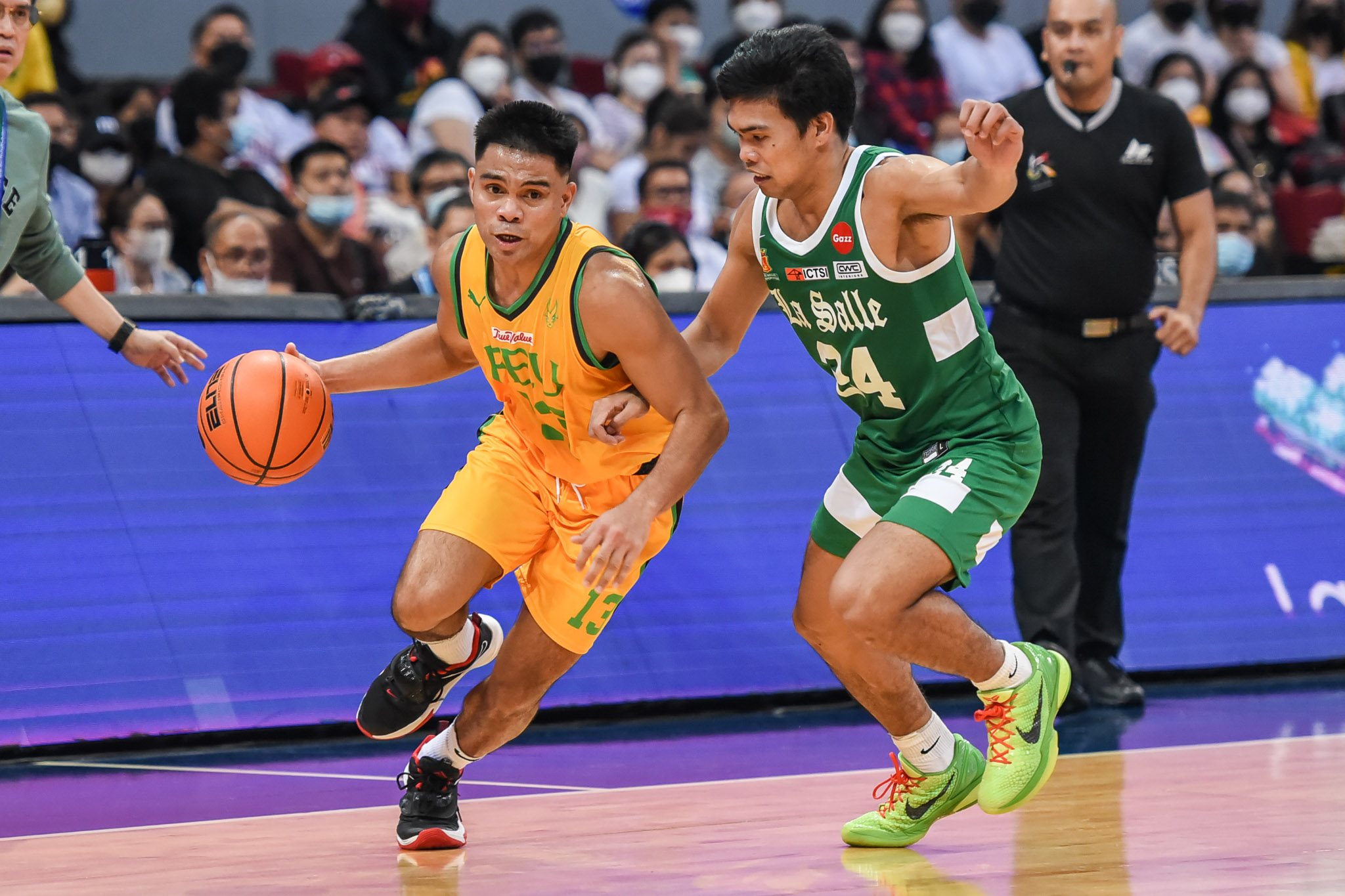 FEU went on an 8-0 run for a six-point advantage, 56-50. CJ Austria dropped a triple for La Salle to inch within three, 53-56, 31.9 seconds left in the game. But what could have been La Salle’s ticket to winning was put to nil after Austria fumbled the ball in the ensuing play, leaving Xyrus Torres to seal the win from the line for FEU.

Torres paced the Tamaraws with 12 points and two steals, while L-Jay Gonzales had 10 points, five rebounds, and four assists.

Kevin Quiambao, on the other hand, led the Green Archers with 12 markers, eight boards, and four assists as they dropped to a 3-5 win-loss record at seventh place.

Jolo Manansala drained a layup to give NU a two-point lead, 74-72. Kean Baclaan and Mike Malonzo were both sent to the free throw line, and both of which split their freebies to keep NU’s advantage to four, 76-72.

Patrick Yu, however, drilled both his freebies to give the Bulldogs’ its victory. This is NU’s first win against the Blue Eagles since Season 79 on September 11, 2016.

Manansala led NU with a 17-point, 11-rebound double-double on top of three assists, two steals, and two blocks. Baclaan chipped in 10 markers as NU improved to a 6-3 slate for second.

BJ Andrade had 21 points for Ateneo, while Kai Ballungay added 15 markers, nine rebounds, and four steals as they slid to 5-3 for third.