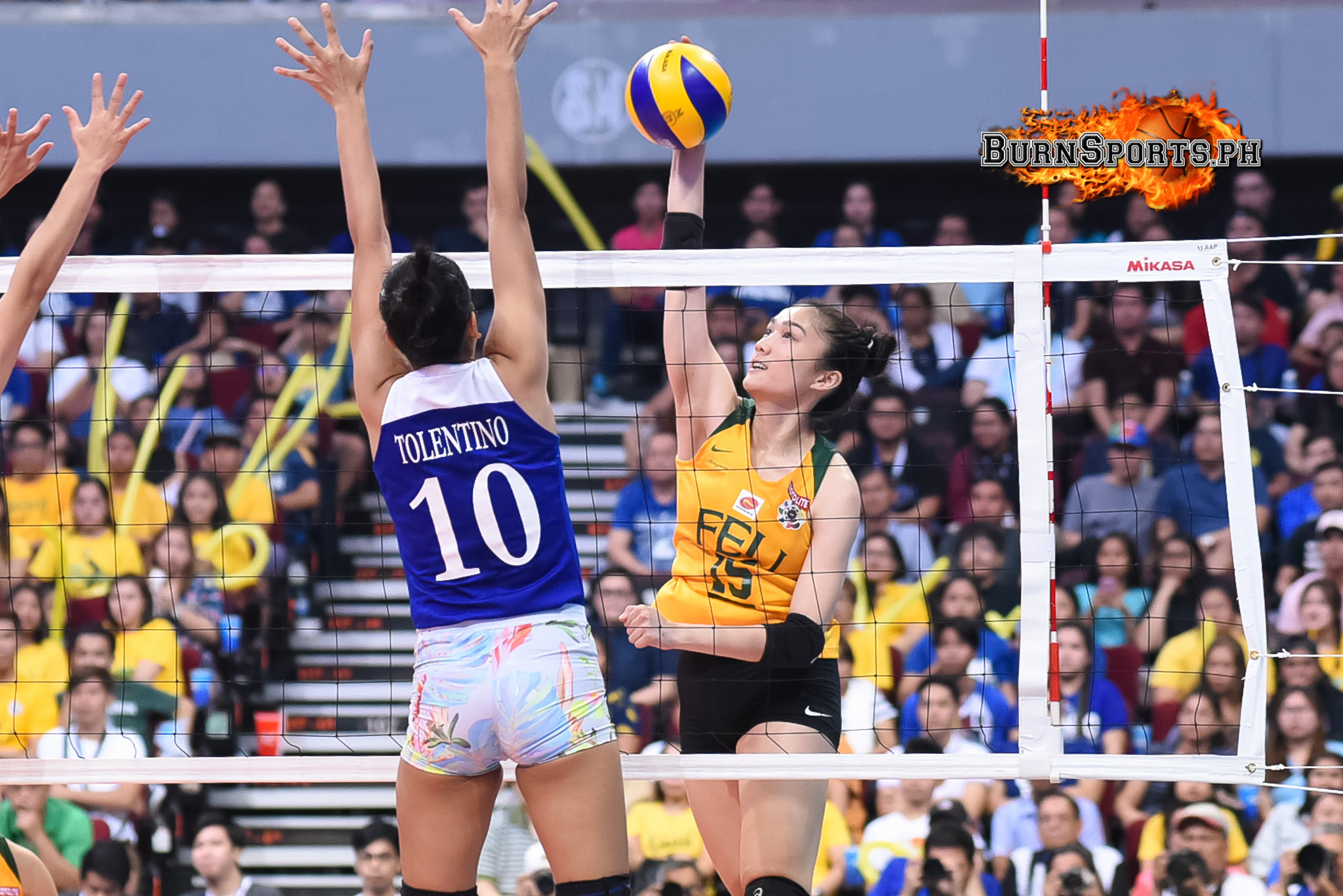 The Far Eastern University Lady Tamaraws moved closer to back-to-back appearance in the Finals after stunning the erstwhile twice-to-beat Ateneo de Manila University Lady Eagles in a five-set battle, 10-25, 25-23, 25-22, 12-25, 15-8, in the UAAP Season 81 women’s volleyball tournament, Saturday at the Mall of Asia Arena in Pasay City.

The Lady Tamaraws’ resilience and composure were tested as they needed to recover immediately from a disappointing first set where they were limited to 10 points with only a single attack point, and on the fourth set where Ateneo was able to force a decider and regain the momentum with a 13-point lead.

FEU zoomed into a 7-5 lead in the deciding set, but the Lady Eagles tied things up right away. However, the Lady Tamaraws stunned Ateneo with an 8-1 run as they struggled with their frontline offense. The game ended with two consecutive attack errors from the Lady Eagles.

Heather Guino-o once again took the lead for FEU with 17 points on 8 attacks, 4 kill blocks, and 5 service aces, while Net Villareal chipped in 10. The Lady Tamaraws overcame a low output in offense with only 32 kills against the 47 of Ateneo and survived the Lady Eagles’ 17 service aces.

The deciding game for the Finals berth between Ateneo and FEU will be on Wednesday.