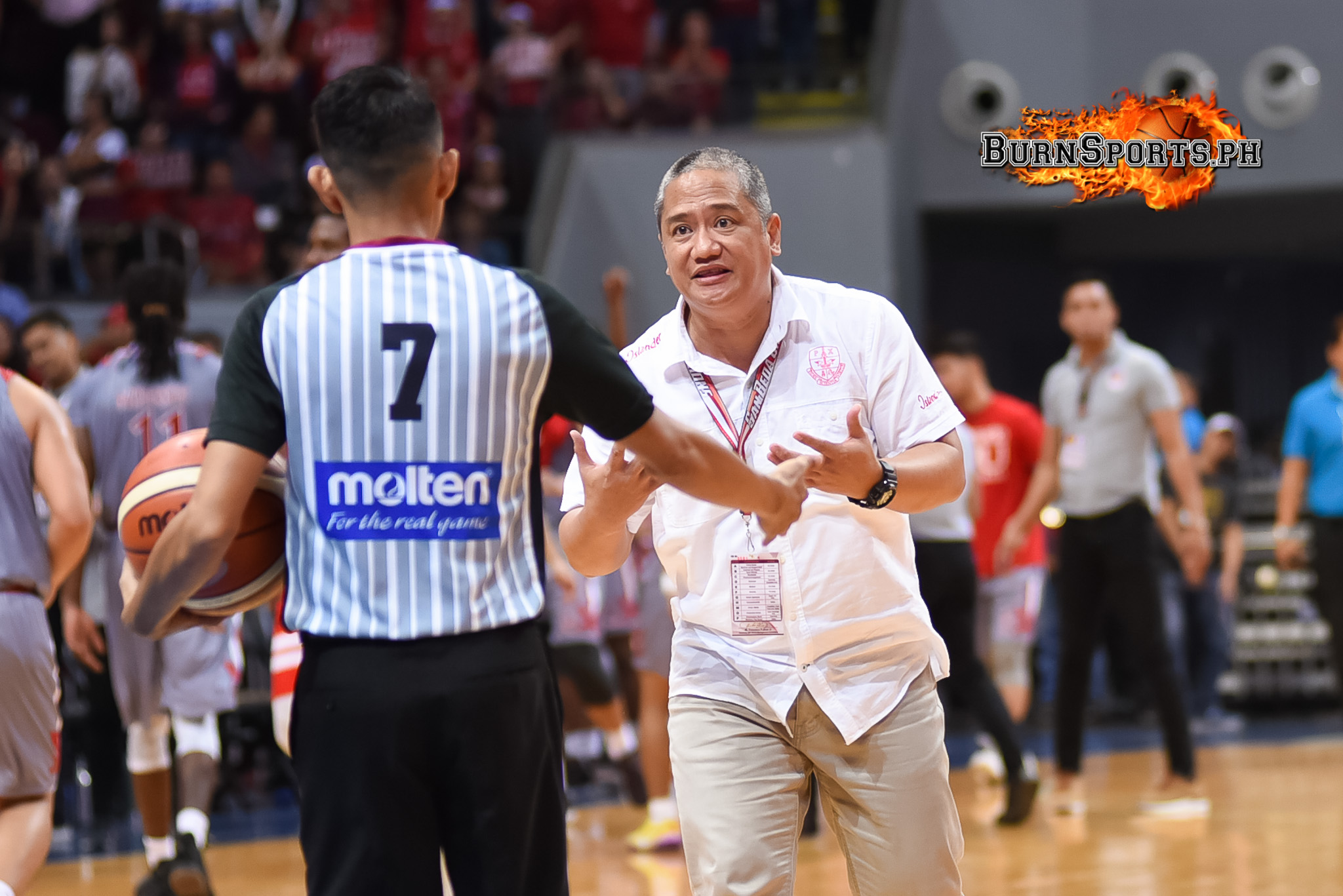 San Beda University Red Lions dominated the CJ Perez-less Lyceum of the Philippines University Pirates, 73-60, in Game One of the NCAA season 94 Finals Tuesday at the Mall of Asia Arena.

And just like the Pirates did late in the game, San Beda head coach Boyet Fernandez said that LPU will be back fighting again in Game Two of the best-of-three series.

The Pirates, of course, will be back with CJ Perez in Game Two as he already served his one-game suspension in the league.

The NCAA suspended Perez for failing to inform the league through a formal letter that he submitted his papers necessary to join the PBA draft this December.

As per league rules, a student-athlete can only apply in the professional draft provided he informed in writing the Management Committee about it.

Perez was initially slapped with a three-game ban by the oldest collegiate league but the LPU management appealed and managed to reach a compromise that Perez would just be banned by one game.

With his talent, the Lyceum star would have made a huge difference in Game One had he played. And coach Fernandez recognized that, even saying that they, perhaps, would have lost the game if Perez, who’s averaging over 18 points per game, played.

But for their part, the multi-titled coach said they would prepare for an LPU squad back on full strength come Game Two.

“We just have to be ready because we know they’ll be back. They were a different LPU in the first half, but in the third and fourth (quarters), that’s the LPU team. You add CJ there, wow, that will be a different and strong team.”

Game Two of the Finals is slated on Monday, November 12, still at Mall of Asia Arena.