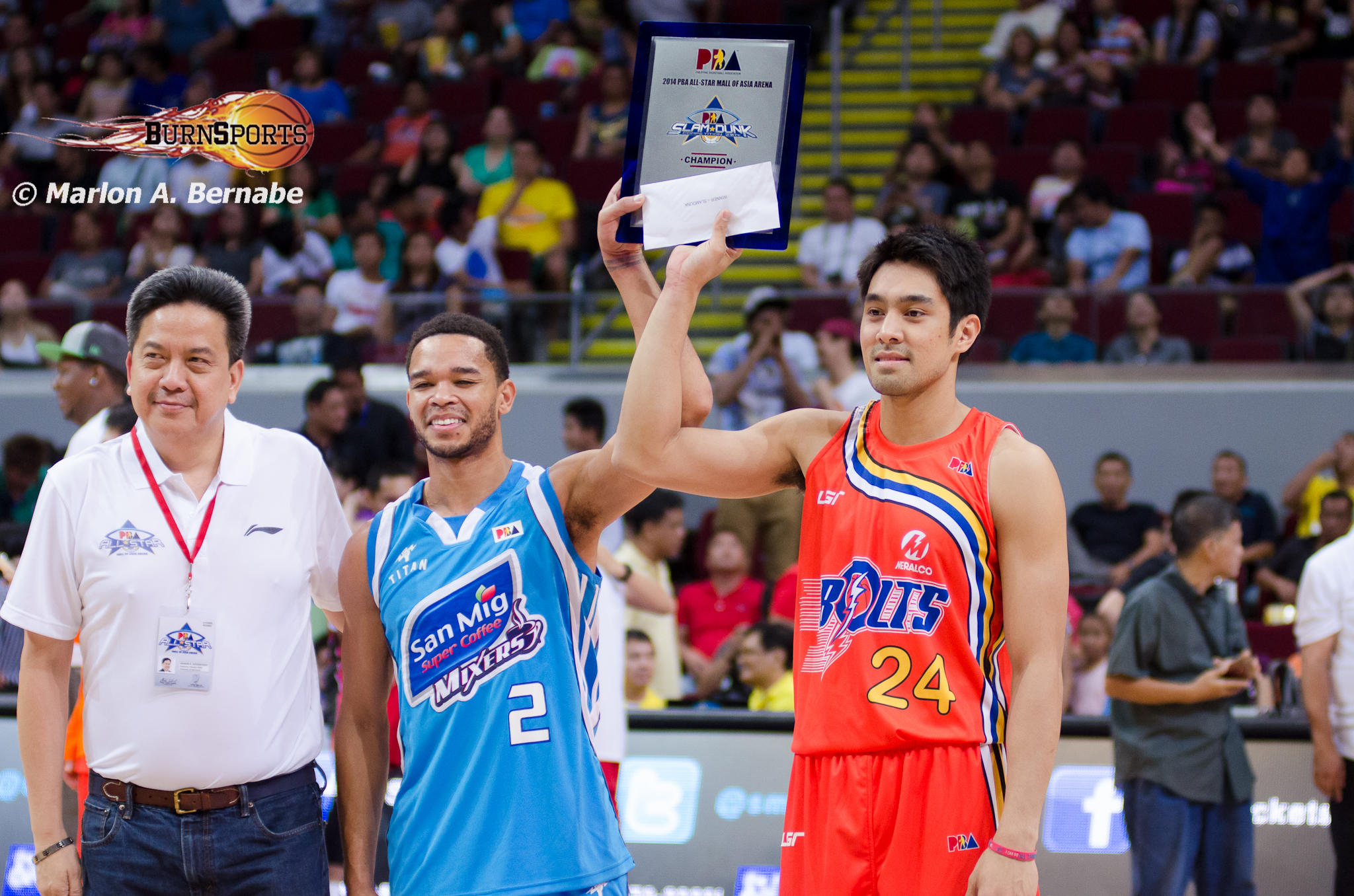 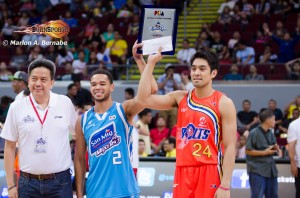 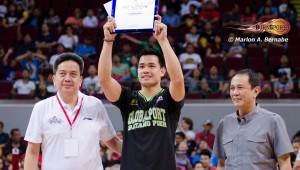 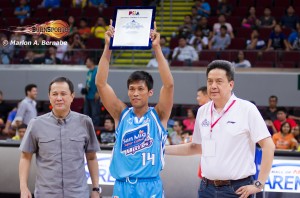 The 2014 edition of the PBA All-Star festivities saw a changing of the guard in three of its anticipated side events.

Last year’s champions Jonas Villanueva of the Obstacle Course, Chris Tiu as the three-point king, and Chris Ellis for the Slam Dunk competition surrendered their respective crowns to newly-minted champions.

After a glorious campaign in the All Filipino Cup and bagging the Finals MVP, the man dubbed as Coffee Prince Mark Barroca took home the Obstacle Course trophy.

He bested four-time defending champion Villanueva and former Gilas hotshot Jvee Casio in the final round.Barroca checked in at a blistering 31.4 seconds in the deciding round. The San Mig Coffee point guard also topped the eliminations by garnering a time of 29.8 seconds.

Like Barroca, Macapagal also topped the preliminary stage of the competition by sinking 23 points.

Both amassed perfect scores in the final round of the face off to forge a tie. Melton amazed the crowd by jumping over two people and killing the between-the-legs dunk to perfection. Guevara, meanwhile, was the dark horse of the tournament. The former Letran Knight showed his leaping ability coupled with finesse to capture the approval of the judges and the crowd.

Defending champion Ellis bowed out after the eliminations, failing to reach the required score to advance.

By: Ralf Sunga of TheSportsPanel