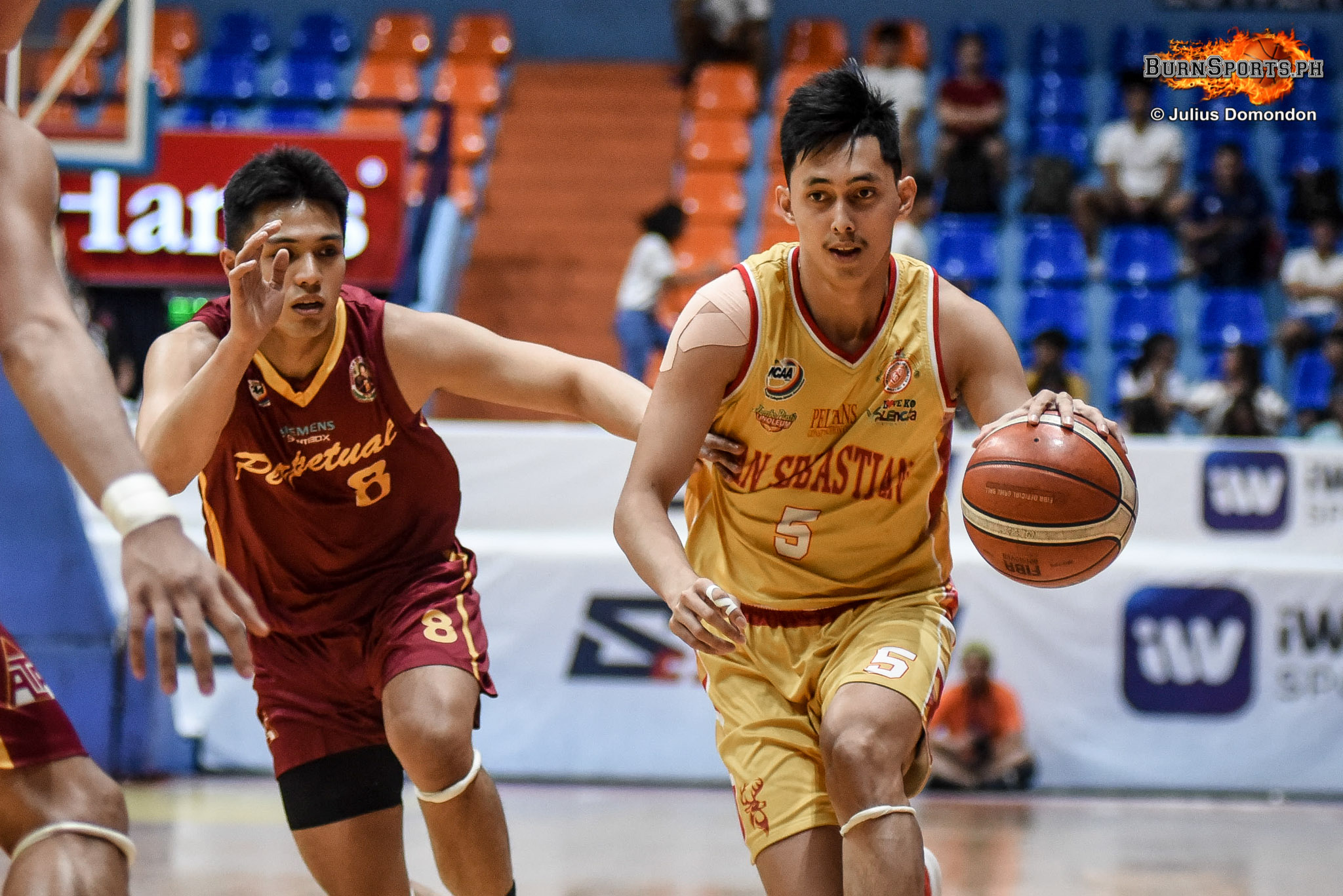 MANILA, Philippines – Allyn Bulanadi was on a roll all throughout the game and led San Sebastian College-Recoletos win over University of Perpetual Help, 107-90, Friday, in the NCAA Season 95 men’s basketball tournament at the Filoil Flying V Center in San Juan.

The 6-foot-2  man of the hour filled the stat sheet and finished with 31 points, nine rebounds, three blocks, two assists, and two steals.

The Golden Stags were in full control of the game and followed Bulanadi’s lead.

The Altas were already bleeding at the half with an 11-point deficit, when a forced exit by stalwart Edgar Charcos due to an apparent foot injury just deepened the team’s wound even more.

San Sebastian took advantage of the opportunity. Alvin Capobres and RK Ilagan shot back-to-back baskets that kept the team at a comfortable lead, and Bulanadi added the finishing touches, dropping 11 points alone in the final quarter.

With the second consecutive win, the Golden Stags improved to a 4-3 slate and now claimed solo fifth in the standings.

Along with Bulanadi, Capobres and Ilagan contributed big numbers, too. The former had 18 points, five rebounds, and three assists, and the latter finished with 17 markers, five boards, and four dimes.

Perpetual on the other hand finished the first round with a 3-6 slate, putting to waste the efforts of rookie Jeff Egan, who had 20 points.