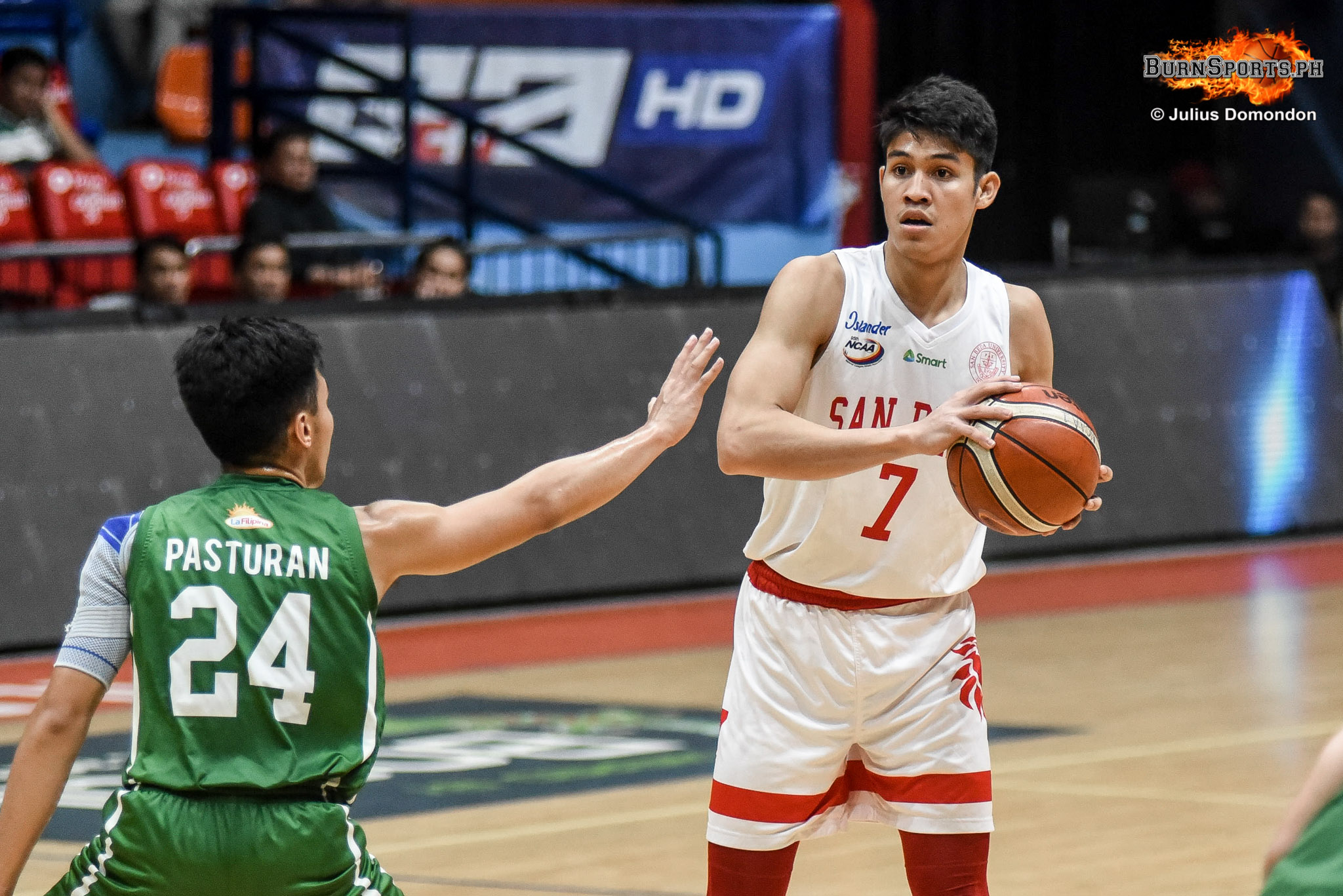 MANILA, Philippines – San Beda University showed how they remain at the top of the food chain after beating College of St. Benilde, 88-57, Friday in the NCAA Season 95 men’s basketball tournament at the Filoil Flying V Center in San Juan.

Calvin Oftana led the Red Lions off to a fiery start, leaving the Blazers helpless in the first quarter alone thanks to a 20-9 assault.

Problems and frustration continued for the Blazers as coach Ty Tang got rejected with only six seconds left in the first half.

On the other hand, San Beda played their best and cruised to victory easily, never giving St. Benilde a chance to fight back. The Red Lions shot 48.57% from the field and outrebounded the Blazers too, 49-33.

“CSB has been playing well. Medyo kinakabahan ako sa magiging reaction namin in the first part, but I’m happy that my players are starting to play well, and there are players who are solid coming off the bench,” San Beda coach Boyet Fernandez said.

With the win, San Beda not only clinched their eight consecutive win, but they also remain unbeaten since August of last year. Though a streak to take pride in, Fernandez said his priority now is to help his team make it to the top two this season.

“Our main objective is to make it to the top two so we can have the twice-to-beat advantage. For us, every time we win, it gives us a bit of a leeway from the teams behind us para di kami kabahan sa dulo,” he added.

Oftana shone the brightest and flirted with a double-double record of 27 points, nine rebounds, along with two steals and an assist. AC Soberano also took on a special role, knocking down four triples to add 14 markers.

St. Benilde was heavily guarded and was limited to only 30.51% shooting. Justin Gutang only had 10 points and seven assists as the Blazers dropped to a 5-2 slate in the tournament.