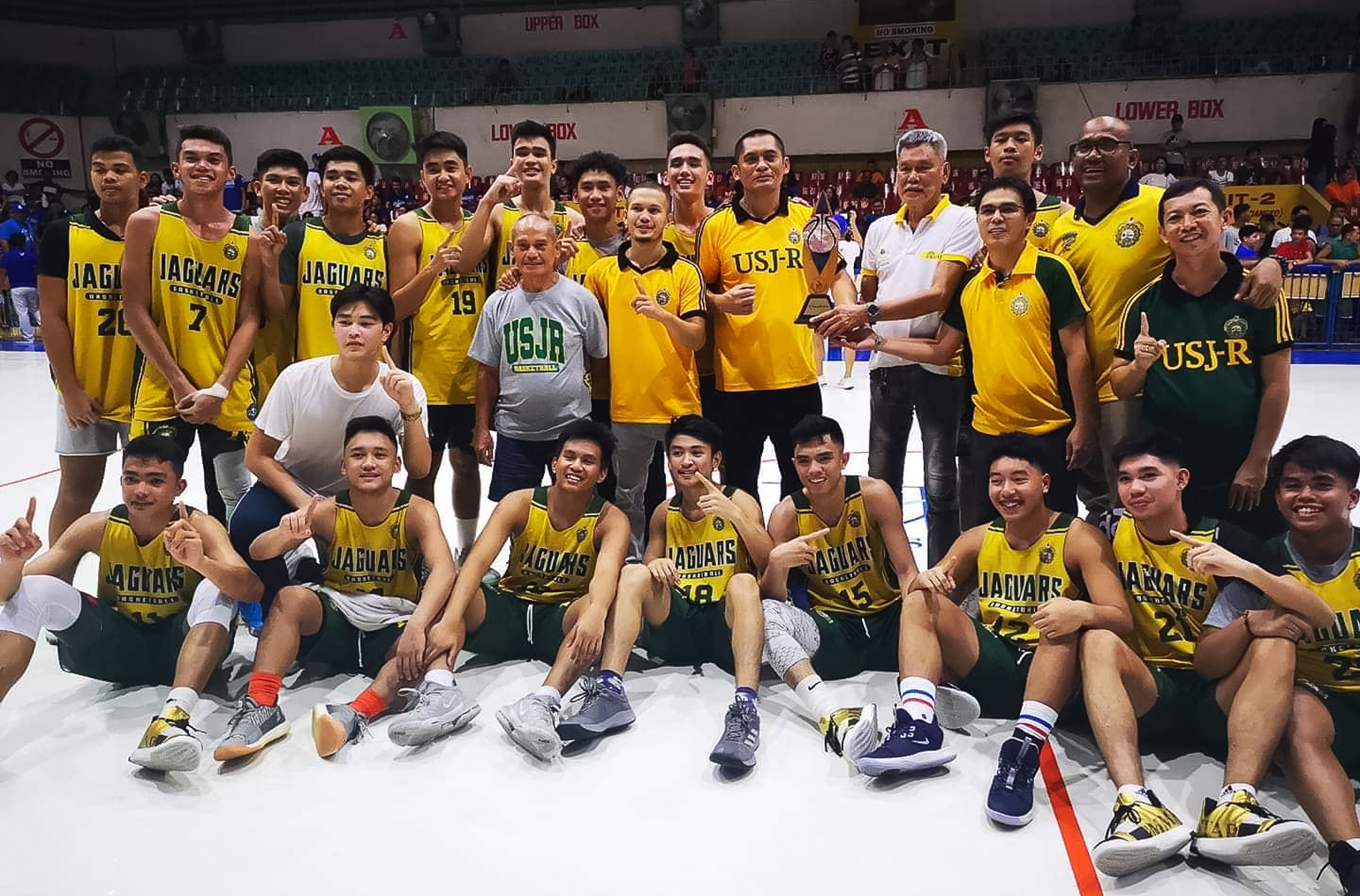 The Baby Jaguars will be on high morale when the regular season starts late this month as they displayed the needed grit in winning the series, 2-1.

It was a double celebration for Guibao as he collared the Most Valuable Player (MVP) award.

The two squads fought tooth and nail in the early goings of the winner-take-all match but USJ-R managed to grab a 36-33 lead at the half behind Abatayo, who unloaded 19 of his total output in the second quarter.

Gaviola and Guibao then caught fire from the three-point area and sparked an 11-1 rally that gave the Baby Jaguars a 47-34 lead.

Ateneo retaliated with an 11-0 blitz but USJR ended the third with a five-to-nothing run to take a 58-49 cushion heading into the final frame.

The Magis Eagles refused to give up and crawled within 62-64. USJ-R doused cold water on the rampaging Ateneo run, sealing the deal with a back-breaking 19-4 assault.

LA Casinillo scored 15 to lead Ateneo, which failed to complete what could have been a huge comeback after they overcame a twice-to-win handicap in the semifinals against the top-seeded University of the Visayas Baby Lancers.