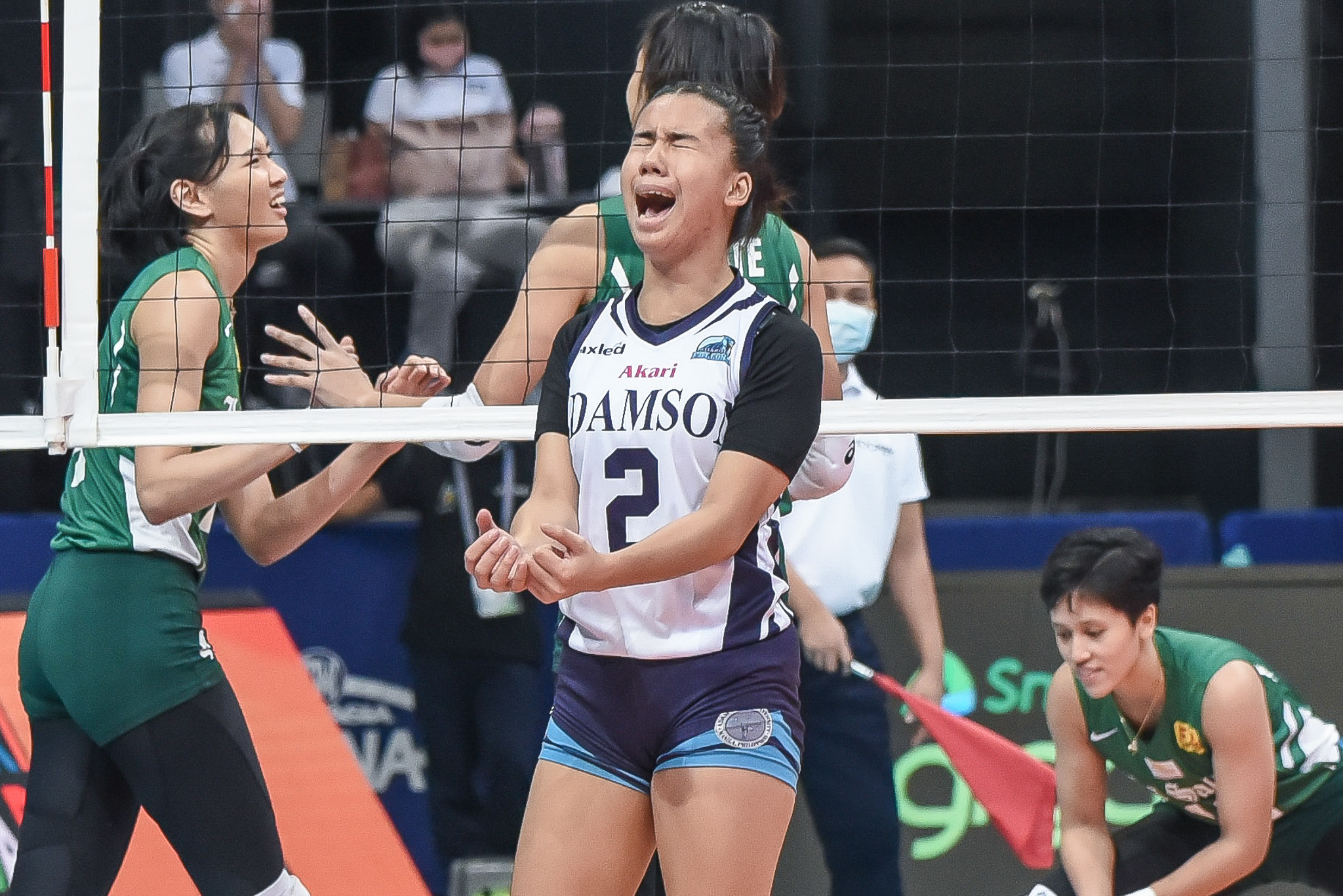 The Adamson University Lady Falcons stayed alive in the Final Four contention after taking down the De La Salle University Lady Spikers in four sets, 25-23, 17-25, 25-16, 26-24, in the UAAP Season 84 women’s volleyball, Thursday, at the Mall of Asia Arena in Pasay City.

After the heartbreaking loss to Ateneo last season which put them on the brink of elimination, the highly inspired Lady Falcons stunned the streaking Lady Spikers in a four-set marathon.

Trisha Genesis led Adamson with 20 points, while Lucille Almonte bounced back with 14 markers after only scoring ten in their previous game. It was the defense prowess of Adamson which spelled the difference as they collectively dished out 80 excellent digs against the 59 of La Salle.

Tied at 23-all in the crucial fourth set with the Lady Falcons leading 2-1, Lucille Almonte broke the tie after a strong off-the-block attack. Fifi Sharma blocked Genesis to force a deuce but Genesis answered back to reach match point. An untimely attack error from Jolina dela Cruz gave the four-set win to Adamson.