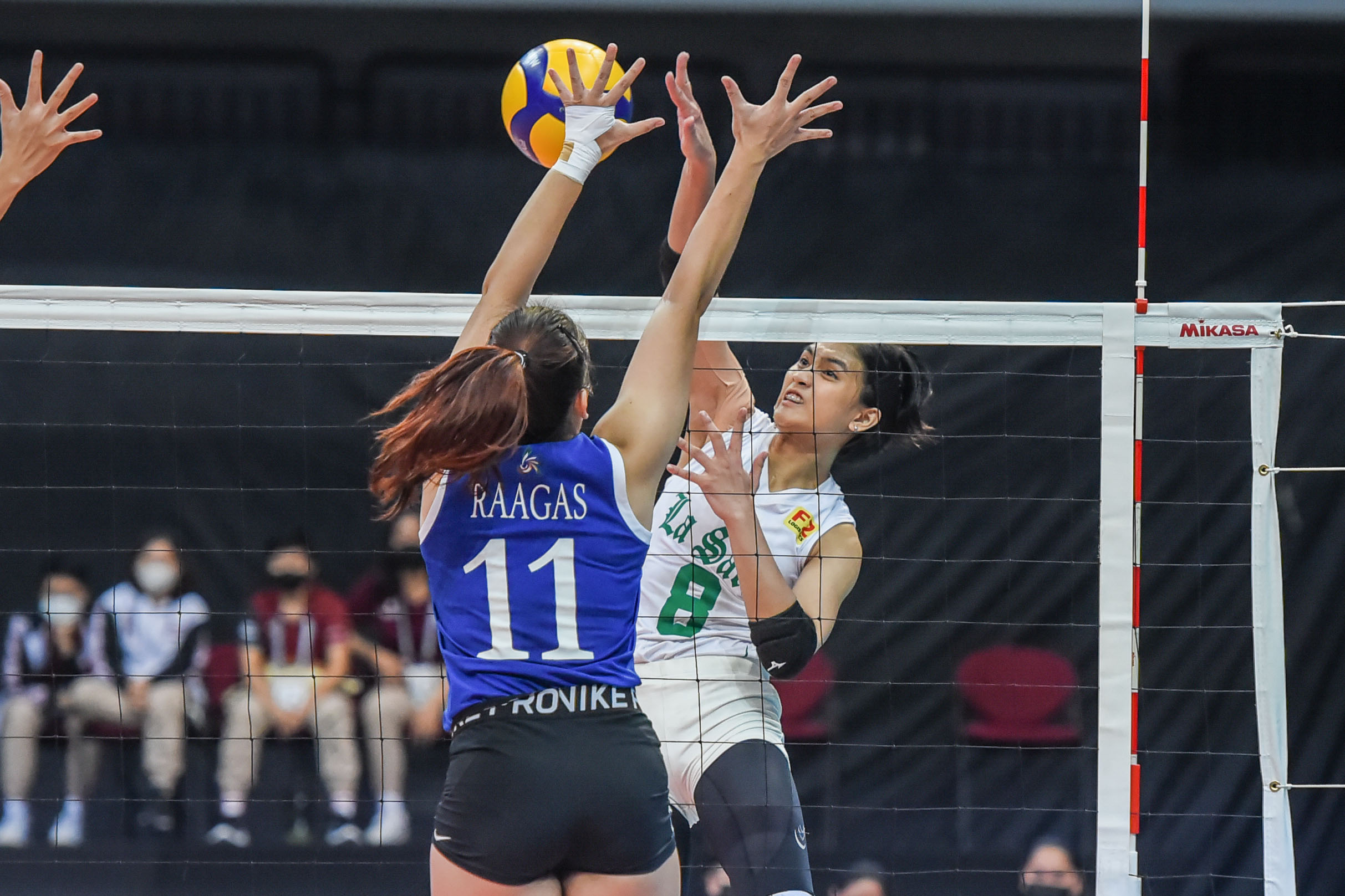 Facing a 2-1 disadvantage, La Salle retaliated in the fourth set and quickly established a 14-5 lead behind the efforts of Thea Gagate, Jolina dela Cruz, and Alleiah Malaluan. The lead ballooned to 21-11 until Faith Nisperos sparked a run for the Blue Eagles to come within three, 21-24.

After a series of attack errors from the Lady Spikers, Thea Gagate fires a well-paced attack in the middle to successfully force a deciding fifth set.

It was a tight start in the fifth with Ateneo and La Salle exchanging attacks and runs to force an 8-all deadlock. However, after a double substitution by the Lady Spikers, Leila Cruz immediately scored a crucial point, followed by a block on Erika Raagas to put themselves ahead, 10-8.

Nisperos tried to minimize the lead but the untimely unforced errors were committed by Ateneo to give La Salle a 14-10 cushion. The Blue Eagles saved two match points but an off-the-block kill by Baby Jyne Soreno ended the match in favor of the Lady Spikers.

Soreno and Malaluan led La Salle with 17 points each, while dela Cruz and Gagate finished with 14 and 12 markers, respectively.

Nisperos carried Ateneo once again with 29 points on top of 15 excellent receptions. Raagas tallied her career-high 17 points. The middle spikers of the Blue Eagles were underutilized as both AC Miner and Joan Narit only combined for 11 markers in five sets.

As La Salle extends their winning streak against Ateneo dating back to Season 79, the Lady Spikers are also one win away from bagging the twice-to-beat advantage, which they lost last season.

Ateneo is once again tied with Adamson at 7-6, battling for the last spot in the Final Four.