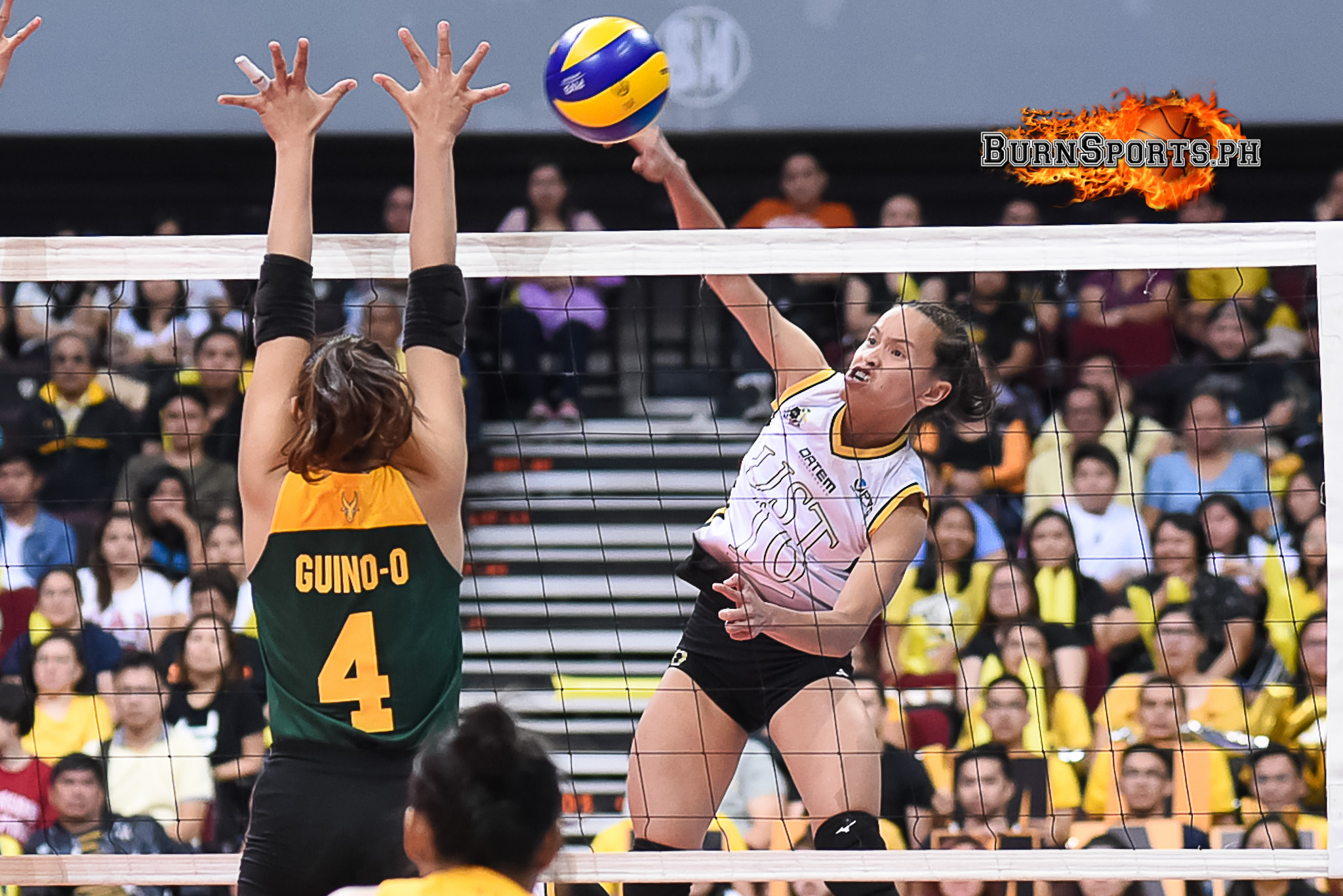 The University of Sto. Tomas Lady Tigresses solidified their bid for the twice-to-beat advantage after defeating fellow contender Far Eastern University Lady Tamaraws in straight sets, 25-23, 25-18, 25-23, in the UAAP Season 81 women’s volleyball tournament, Sunday at the Mall of Asia Arena in Pasay City.

Both teams are already assured of a spot in the Final Four, but the win would determine the positioning in the standings for the twice-to-beat bonus.

UST had FEU on the ropes after mounting a 2-0 cushion in the match, but in the latter part of the third set, the Lady Tamaraws attempted to stage a comeback after stealing the lead at 22-21. But the determined Lady Tigresses quickly responded and shut down FEU to complete the sweep.

Sisi Rondina rose to the occasion with a triple-double performance with 17 attacks (out of 21 points), 15 excellent digs and 13 excellent receptions, while rookie Eya Laure contributed 17 markers.

Heather Guino-o led FEU with 14 points, followed by the rookie France Ronquillo with 6 with team captain Jerilli Malaban being limited to just 5 markers. The Lady Tamaraws obviously struggled with their offense and defense, with UST bombarding them with 11 service aces that prevented FEU from setting-up plays.

UST boosted their chance of acquiring a twice-to-beat advantage in the semi-finals, as FEU dropped to fourth place with an 8-5 record.