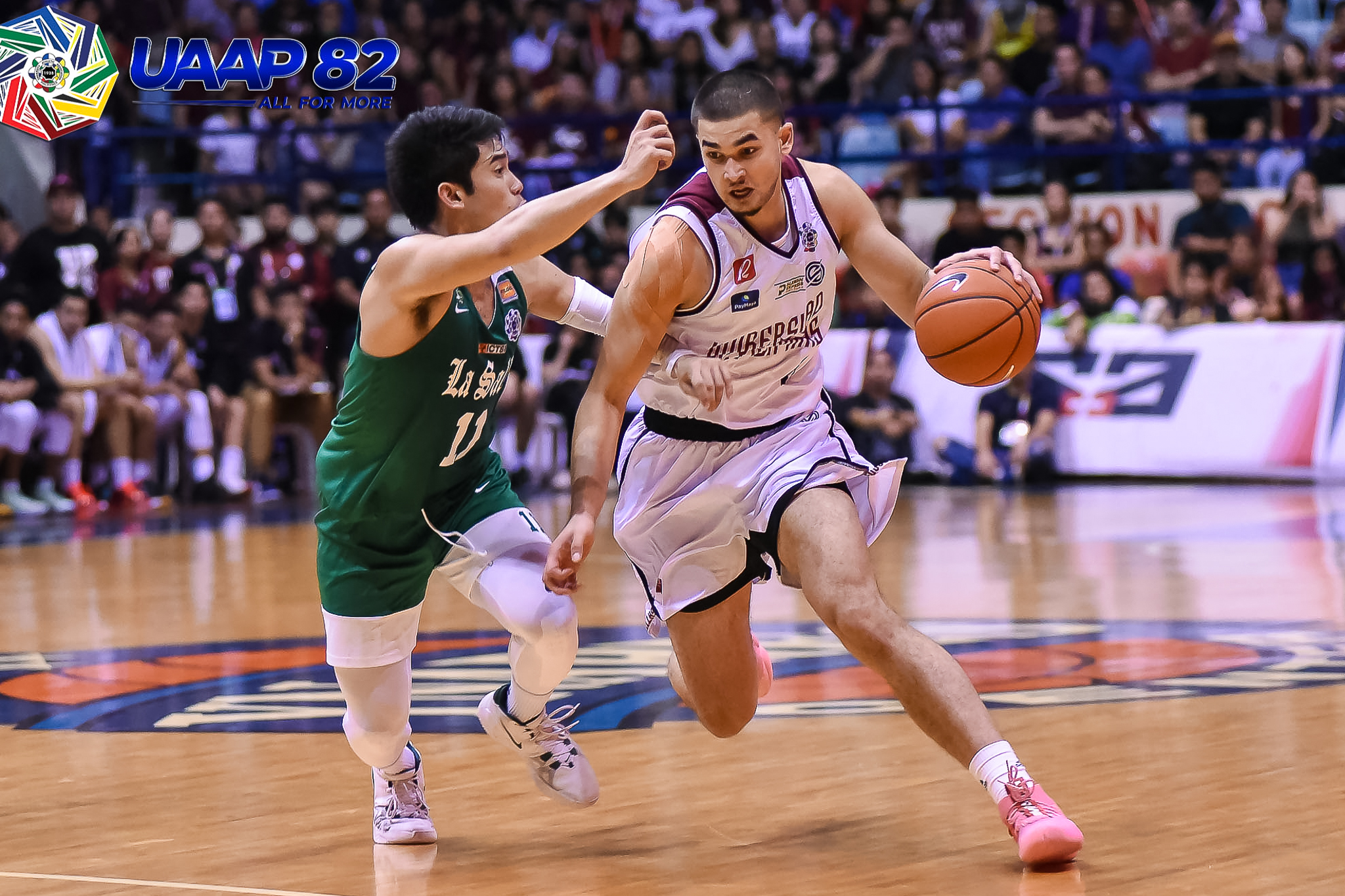 ANTIPOLO – University of the Philippines ousts De La Salle University from the Final Four race, 71-68 on Sunday at the Ynares Center in Antipolo to secure a twice-to-beat advantage and claim second-seed in the UAAP Season 82 men’s basketball tournament.

The Fighting Maroons improved to a 9-4 win-loss record, all the while finalizing the Final Four with Far Eastern University for third seed and University of Santo Tomas at fourth seed. With the win, UP has exceeded their last season’s output as this serves as their best record in the elimination round.

“How could we disappoint our community who came here in throngs, kept on supporting us all through the season?” said UP head coach Bo Perasol post-game. “I have to give honor to them for just being warriors. Everybody contributed.

But their win was without its own challenges. UP was up by 10 in the first quarter, 21-11, but this quickly turned into a four-point deficit as La Salle took charge in the second period for a 32-27 lead.

UP fought back, but the Green Archers were hard to shake off. La Salle once again took charge for a 66-62 lead, last three minutes left in the game.

Team captain Noah Webb, Kobe Paras, and Bright Akhuetie then shot back-to-back baskets for an 8-2 run and took a 70-68 lead. La Salle failed to answer back up as Jun Manzo finished the deal with a split from the stripe.

Paras added 10 points and four rebounds in the win.

On the other hand, Jamie Malonzo had 17 points and 11 rebounds, while Justin Baltazar added 10 markers and 11 boards as La Salle dropped to a 6-7 win-loss record.