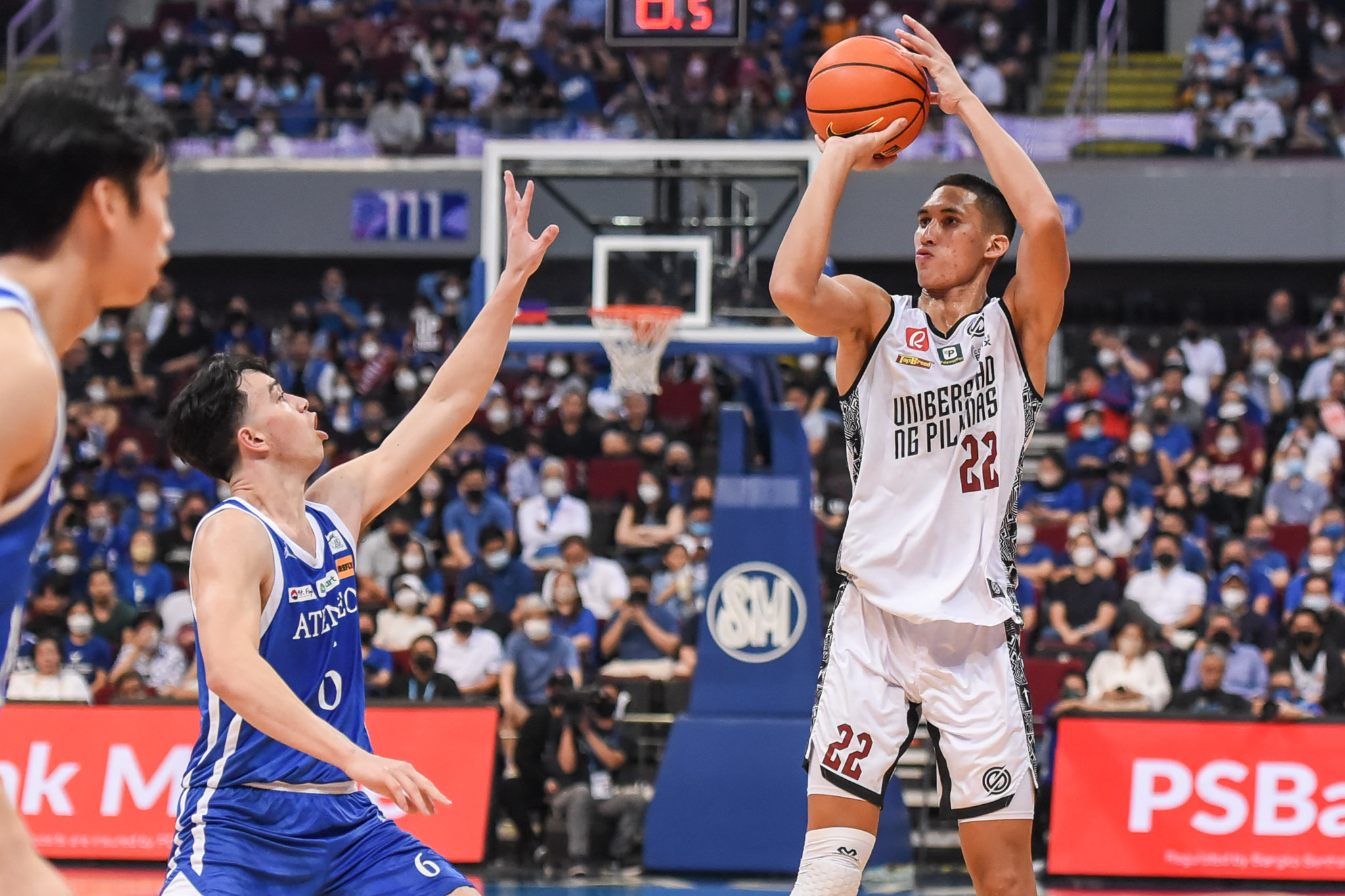 MANILA, Philippines – University of the Philippines (UP) snatched game one of the UAAP Season 85 Men’s basketball best-of-three finals from Ateneo de Manila University (ADMU), 72-66, Sunday afternoon at the SM Mall of Asia Arena in Pasay City.

In front of a jampacked crowd of 18,211 fans at the arena, the Fighting Maroons showed their winning ways with their strong defense and shooting capabilities.

“Yung movement ng bola was really thete. I like the way the team [was] looking for the open man. They had their run kanina, but at least na-sustain naman namin nung bandang fourth [quarter],” said UP mentor Goldwin Monteverde.

Up by two in the last 7:22 minutes of the game, Harold Alarcon put two triples in followed by baskets from Zav Lucero and Carl Tamayo to stretch the Fighting Maroons’ lead to 10, 68-58, 4:39 left.

The Blue Eagles did not back down easily, inching within four, 66-70, thanks to Dave Ildefonso, BJ Andrade, Josh Lazaro and Ange Kouame, 2:13 to go.

With 17 ticks left, Kouame missed his triple attempt. JD Cagulangan then iced the game for UP by sinking both charities.

Lucero led UP with a 14-point, 11-rebound double-double on top of two assists and two blocks. Cagulangan had 12 markers, eight rebounds, five assists, and twp steals, while Alarcon chipped in 11 points, four rebounds, two assists, and one steal.

UP is now only one win away from winning their second consecutive crown for the first time in their school history.

They will face Ateneo for Game 2 on Wednesday, December 14, at the SMART Araneta Coliseum.