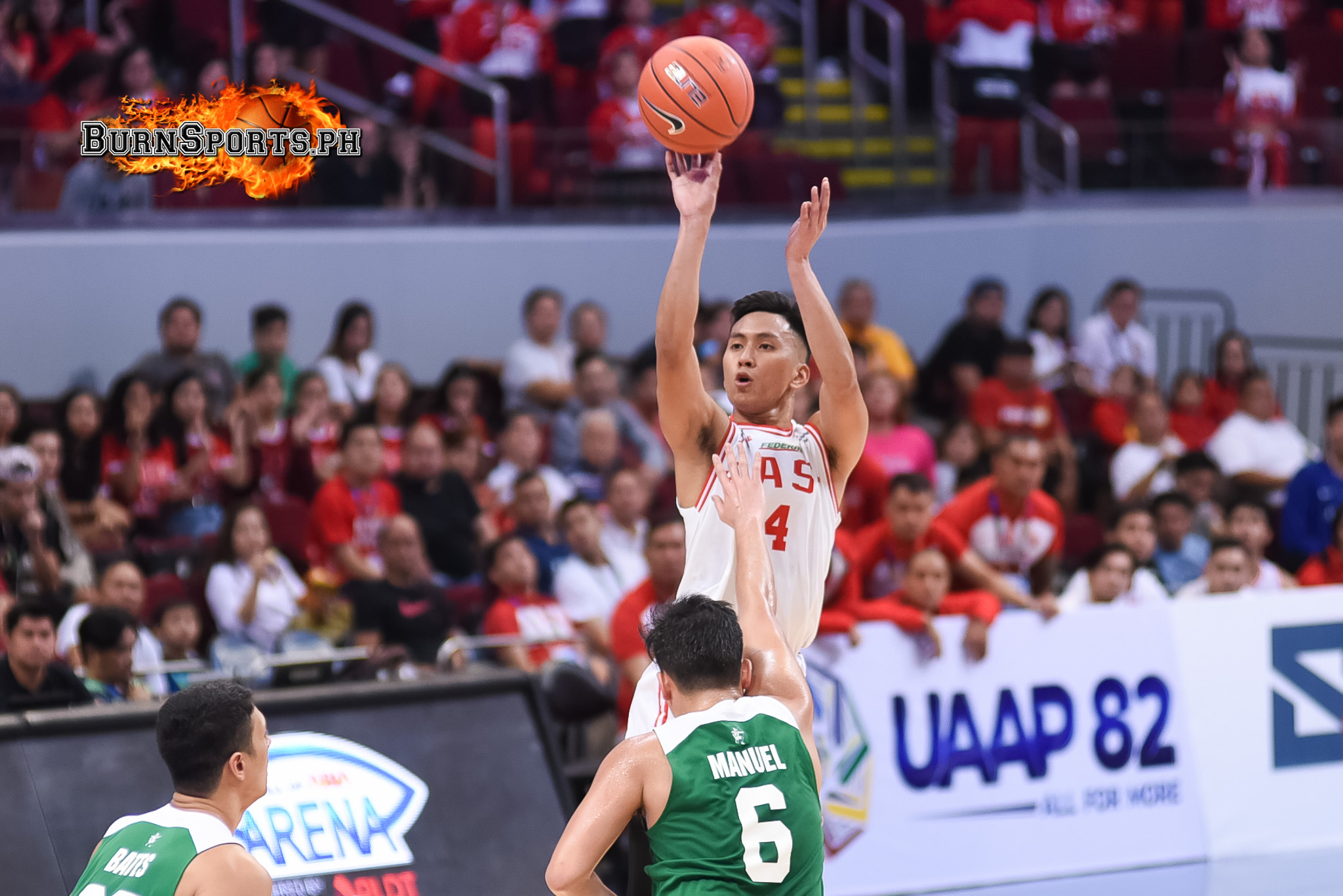 Coming off a winless streak in the UAAP Season 82 men’s basketball tournament, Rey Suerte provided the much-needed basket to give the UE Red Warriors its first victory this season, shocking De La Salle University with an 89-88 output on Saturday in the Mall of Asia Arena.

UE surely showed off the Warrior in them as they got the much-needed break they need after three losses. Suerte was on the front line as he dropped 31 points, on top of seven rebounds and three assists.

With its aggressive stint in the first half, UE claimed a 21-point advantage, 48-27. But, La Salle, though considered a young team in the league this season, cut it down to seven in the third period, 70-63 after outscoring UE 36-22.

La Salle slowly inched closer in the final period, and eventually turned the tides for the first time, 85-83, 13 ticks left in the game.

Suerte sunk a triple for UE to take back the lead, but Aljun Melecio silenced them once again with his own triple for an 88-86 advantage, 10.8 seconds left.

Off a timeout, UE banked on Suerte, who sunk another triple to finish the match in their favor. “Nagpapasalamat ako kay Lord, it’s our first win. Sana tuloy-tuloy pa,” he said after the game.

It is important to note that Suerte was not alone in the battlefield as fellow veteran Neil Tolentino showcased a remarkable performance as he finished with 19 points and three rebounds. Jem Cruz added 13 markers and eight boards in the win.

On the other hand, Justine Baltazar and Melecio had 21 points each, with the latter adding 17 rebounds in the losing effort as La Salle dropped to a 1-2 slate.