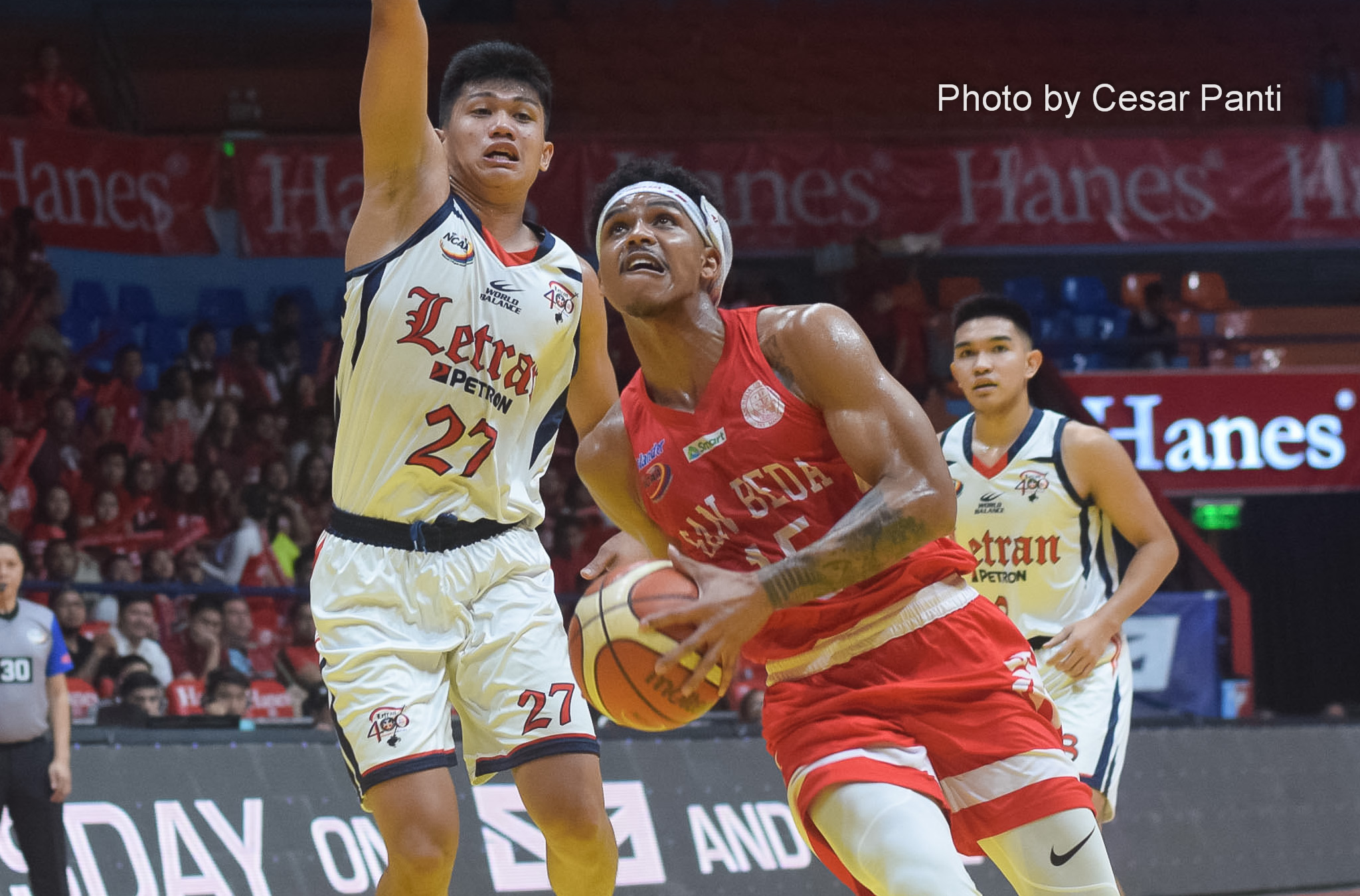 “Winning this game is just the icing on the cake for us for the effort we had in this game,” said San Beda head coach Boyet Fernandez post-game.

The Red Lions pounced early with a strong 17-1 run and kept a comfortable eight-point cushion at the first half, 42-34. The Knights managed to cut down the deficit and tied the game at 42-all in the third quarter, but the defending champs went in for a 20-0 run for a 62-42 output.

San Beda would cruise to victory from there as they proved too strong for the Knights.

“It’s really the players who really worked hard for us. At least, naka-recover kami,” added Fernandez.

Calvin Oftana paced San Beda with 16 points, and six rebounds, while Clint Doliguez chipped in 13 markers. James Canlas and Evan Nelle had 12 points apiece, with the latter adding seven assists, five rebounds, and two steals in his name as they improved to a perfect 15-0 slate in the tournament.

On the other hand, Larry Muyang topped Letran with 13 points, five rebounds, and three assists as they suffered their second straight setback to drop to a 9-6 win-loss record.