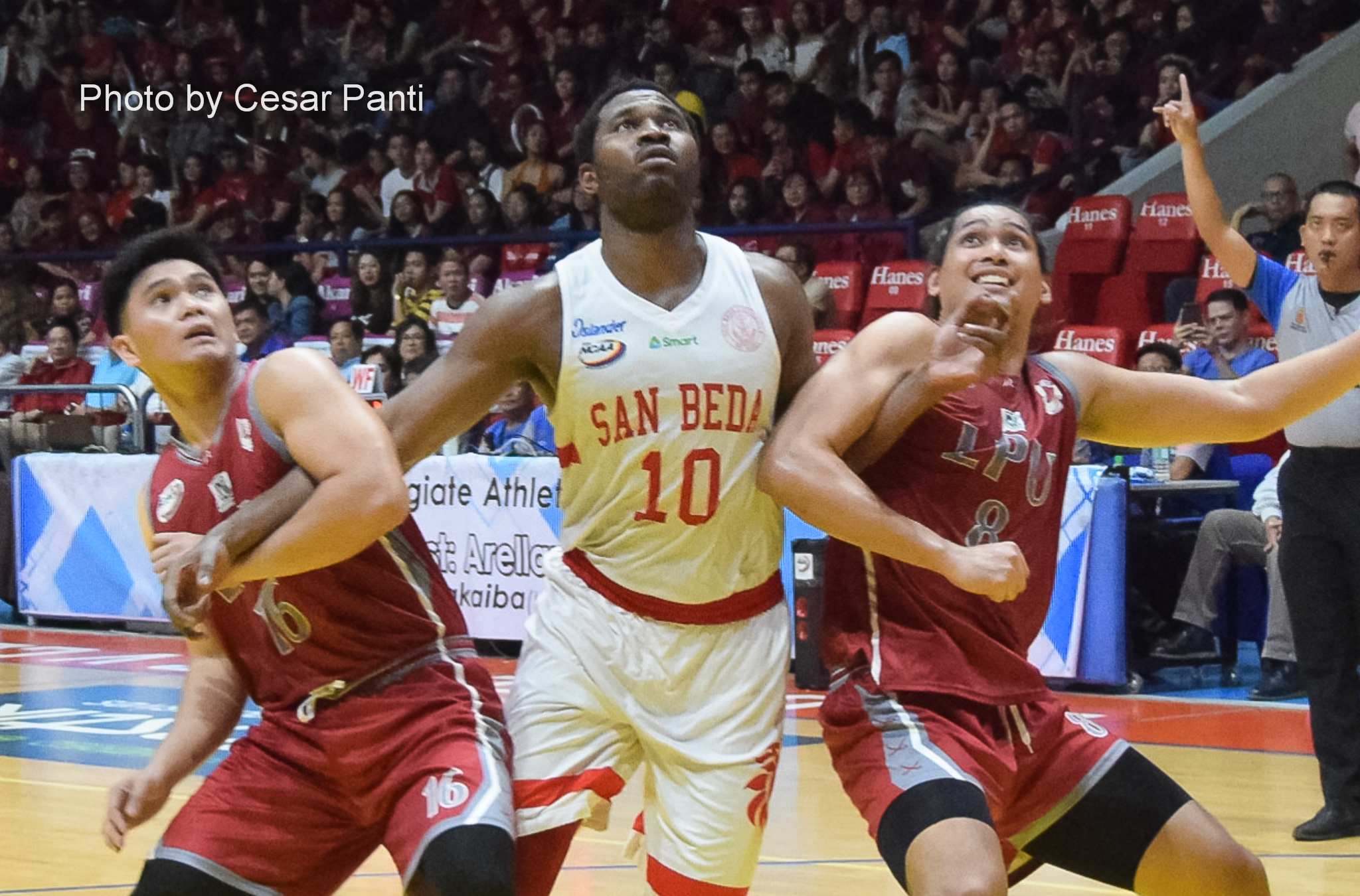 MANILA, Philippines – San Beda University was unstoppable as they extended their winning streak and sweep elimination round after winning over rival Lyceum of the Philippines University, 85-62, on Thursday in the NCAA Season 95 men’s basketball tournament at the Filoil Flying V Center in San Juan.

“This has a little bit of fulfillment on my part. The goal is to just enjoy this tonight before looking forward to the Finals,” said San Beda head coach Boyet Fernandez as they extended their wins to 18 this season, and automatically advancing them to the Finals in their hopes for a four-peat.

Along with their clean sweep of the eliminations, this would force the other teams below San Beda for a stepladder playoffs. “Our job is not yet done. Yes, we made it to the Finals, but we may face LPU or Letran or Baste or even Mapua there,” said coach Fernandez.

San Beda made it quick against the Pirates, creating a 12-point lead at the half and slowly extending it to 23, 85-62, in the fourth quarter to nab the win.

Donald Tankoua led the Red Lions with 26 points, and eight rebounds, while Calvin Oftana had a double-double record of 18 markers and 10 rebounds. James Canlas chipped in 17 points of his own, along with seven rebounds, and three assists.

On the other hand, Lyceum was led by Jaycee Marcelino, who had 17 points, four rebounds, and two steals as they dropped to a 13-5 slate. They still remain at second-seed, but will no longer have a twice-to-beat advantage.