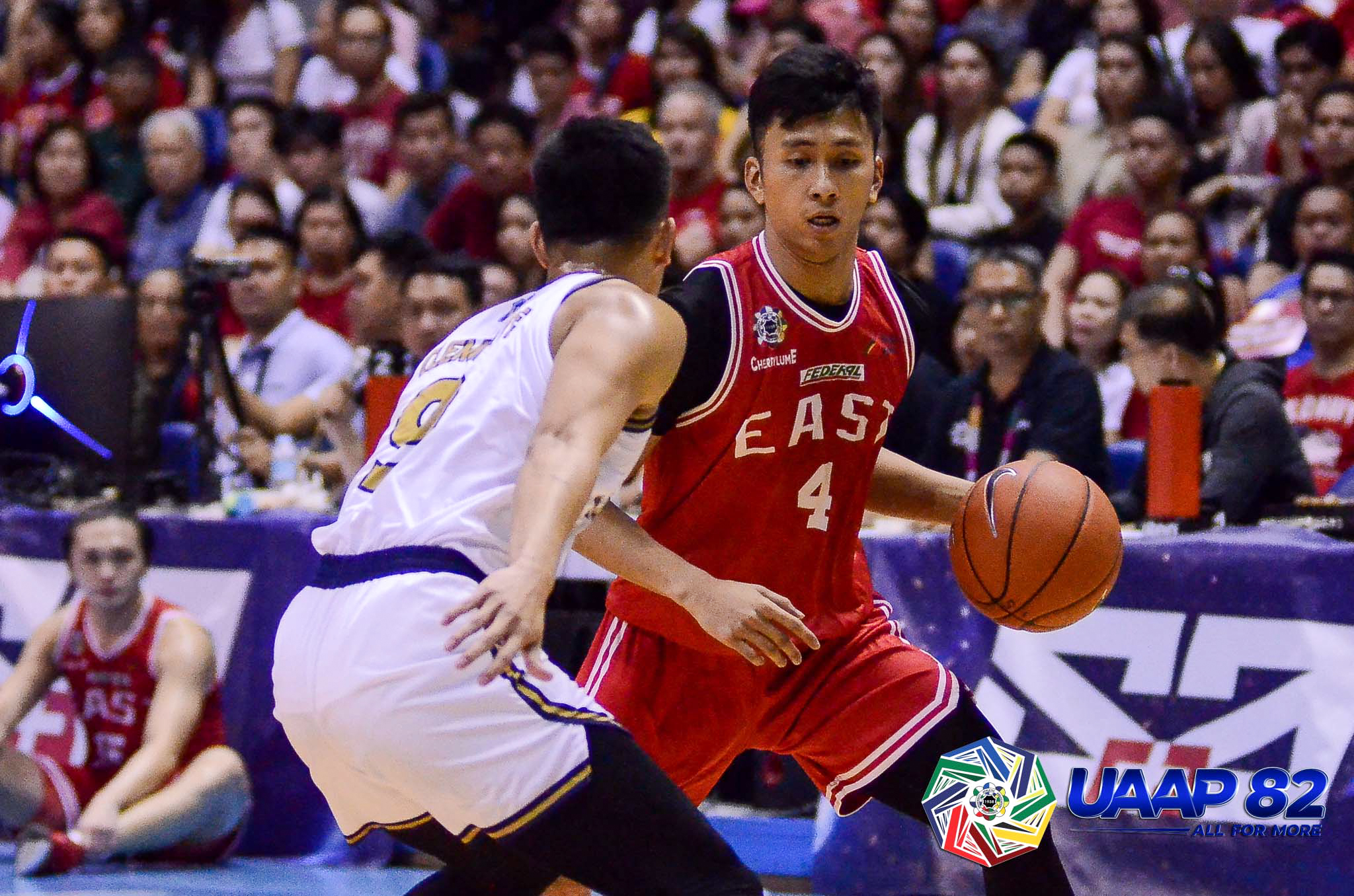 MANILA, Philippines – Alex Diakhite came up big for University of the East to defeat struggling National University, 78-72, on Sunday in the UAAP Season 82 men’s basketball tournament at the Smart Araneta Coliseum.

Diakhite finished with a 22-point, 13-rebound double-double on a 10-of-13 shooting, along with three blocks, and two assists that helped the Red Warriors clinched their second victory of the season to end the first round on a high note.

Though the Red Warriors led most of the game, the Bulldogs undeniably threatened them along the way and made it extra hard for UE to clinch an easy win.

It was not until Jem Cruz nailed a three-pointer that boosted UE for a 12-2 run to end the third quarter with a 10-point advantage, 57-47.

UE maintained that lead early in the fourth quarter, 69-59, but turnovers became their breaking point. NU used the Red Warrior’s mistakes to come up with a 9-0 run and inched within one, 69-68, 3:26 left to play.

The Red Warriors managed to keep their composure as Neil Tolentino and Diakhite knocked down back-to-back baskets for a 73-68 lead.

NU last came close after an Issa Gaye basket, 75-72, but a crucial unsportsmanlike foul was called upon Dave Ildefonso that gave Nick Abanto two freebies and extra possession to UE. Abanto split his charities, but Rey Suerte drew another foul, which he sank both that clinched victory.

Phillip Manalang added 13 points and seven assists, while Suerte chipped in 12 markers, seven boards, and six assists as they closed the first round with a 2-5 slate.

On the other hand, Patrick Yu paced the Bulldogs with 17 points, while Shaun Ildefonso had 11 markers as they dropped to a 1-6 win-loss record.