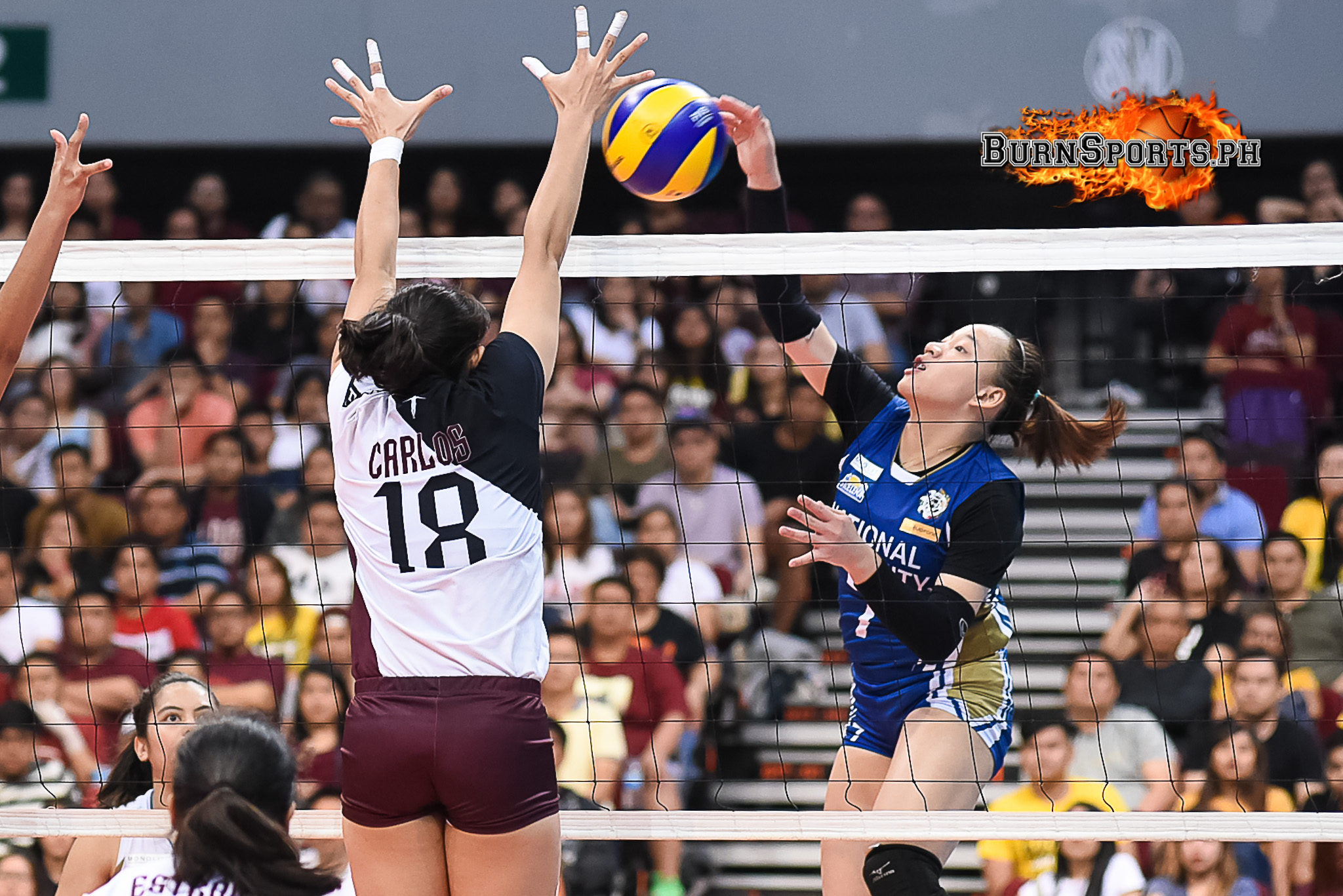 The National University Lady Bulldogs ended the semi-finals hopes of the University of the Philippines Lady Maroons after emerging as the victory in another five-set marathon, 25-21, 26-24, 17-25, 23-25, 17-15, in the UAAP Season 81 women’s volleyball tournament, Sunday, at the Mall of Asia Arena in Pasay City.

NU was in control from the get-go and took a commanding 2-0 lead in the match, but it was evened out by UP in the next two sets to force a deciding frame.

It was a neck-and-neck battle in the fifth set after an 11-all deadlock. The Lady Bulldogs and Lady Maroons traded errors and hits until Audrey Paran pulled off a clutch off-the-block attack that completed their elimination round sweep of UP – which also ended the Lady Maroons’ chances of making it to the Final Four.

Team captain Tots Carlos led UP with 18 points, while graduating setter Ayel Estranero had 11 markers in a losing effort as the Lady Maroons missed the semi-finals for the third straight season. Isa Molde only had 9 points but she made up for it in her floor defense as she tallied 21 excellent digs and 7 excellent receptions.