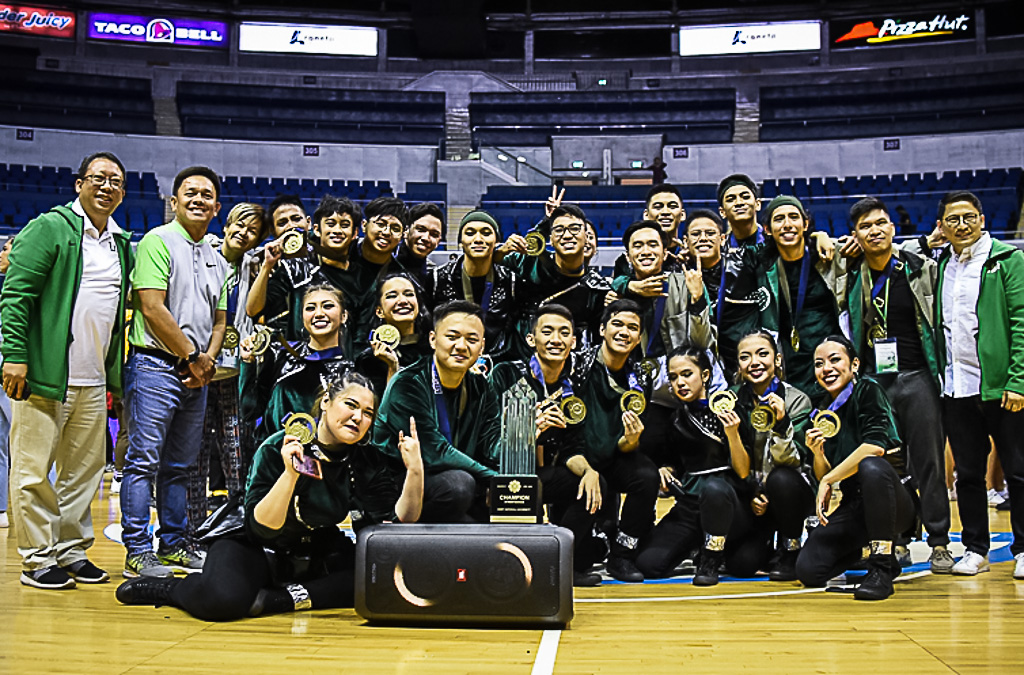 De La Salle University’s La Salle Dance Company (LSDC) is back on top as champions of the 8th UAAP Streetdance Competition held Saturday at the Smart-Araneta Coliseum, relegating last year’s champions, the Far Eastern University Dance Company Street Alliance to second place. This is the Taft-based school’s fourth streetdance title and makes it the winningest school in the seniors division of the UAAP Streetdance Competition.

The LSDC crew finished second to FEU in last year’s streetdance battle, but came out firing with a rock-and-roll themed performance inspired by the English band Queen that won the crowd’s favor and the judges’ nod. FEU had its military commando-themed number down pat, but DLSU outscored their rivals in the final tally, 86.5 points to 85. The National University Underdawgz, who also banked on Queen’s Bohemian Rhapsody and a Freddie Mercury look to wow the crowd, finished third with a final score of 83.25.

“We used last year’s defeat to find new things and ways to win the championship back. Our graduating seniors served as our main inspiration. We used them as motivation so that we can come up with new, exciting elements that have not been done before. We wanted something fresh,” said LSDC captain Diego Aviles in Filipino.

Head coach Mycs Villoso said “the call for excellence every time” has helped make them a powerhouse in the world of streetdance, She thanked the DLSU Culture and Arts office and the Office of Sports Development for their all out support.

In juniors action, the University of Santo Tomas Galvanize succeeded in pulling off back-to-back Season 80 and 81 streetdance championships, edging out 2nd and 3rd placers University of the East Street Varsity Team and Far Eastern University Baby Tamaraws Dance Company, respectively. The España based dance squad, which stomped to the beat of UST cheers, won via a score of 80.10, which was followed by UE’s 74.50 and FEU’s 74.45.

“We only had three weeks to prepare and we felt the pressure to get the back-to-back. But I reminded the kids that I don’t want that to be our focus. I told them to just focus and have fun. That’s what’s important. We had a concert and another competition prior to this, so it was really tough to win this all over again,” said UST Galvanize head coach Jan Matthew Almadovar.

DLSU capped off a triumphant afternoon with LSDC’s Zion Hansen Wuxinyi winning the first ever JBL Freestyle Showdown. After upstaging UST’s Aaron Christopher Santos in the semifinals, Wuxinyi won the finals showdown against UE’s John Rodwyn Cruz, who landed in the finals by defeating University of the Philippines’ Renee Angela Basilio. Wuxinyi won all the marbles after three rounds of blood-pumping freestyle face-offs with Cruz.