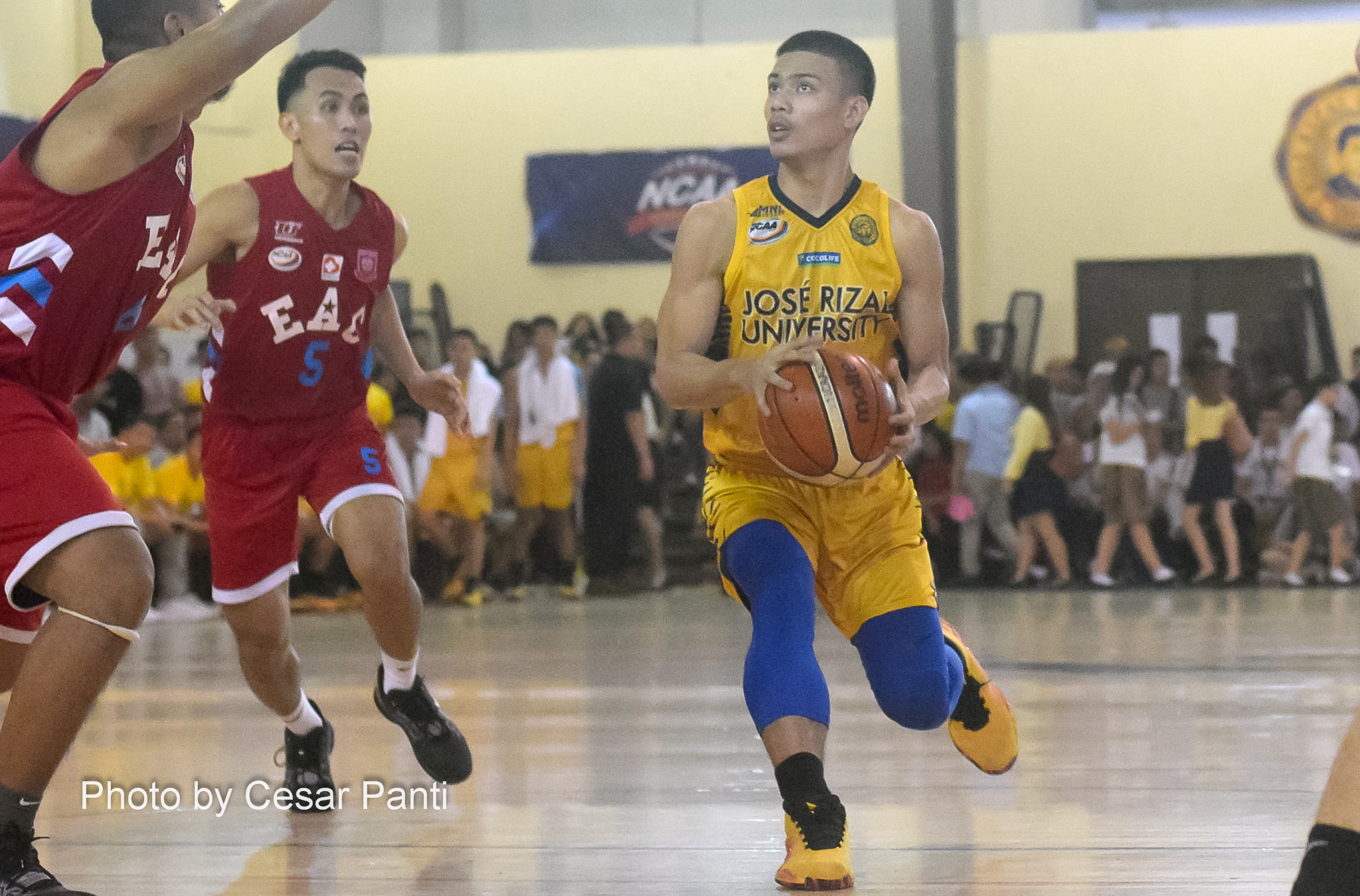 Heavy Bombers were off to a strong start, and limited the Generals to only four points in the first quarter, 12-4, and kept that lead at the half for a 32-25 advantage. However, EAC exploded a renewed energy coming from the dugout just in time for the second half.

Jethro Mendoza shot a triple for the Generals, which later on tied the game at 35-all in the third quarter. They kept their momentum in place and took the lead, 45-38.

But JRU managed to catch up in the final frame after EAC’s turnovers led to six consecutive points for the Heavy Bombers. The visitors never had the chance to retaliate as Thomas Vasquez dropped a huge triple to cap off a 16-2 run for a 54-47 lead.

“I kept telling them na if we play selfish, ganoon talaga,” Gonzales said. “But if we play unselfish, we play within the system, ganito mangyayari. Kahit sino kalaban, magko-compete kami.”

Despite playing without one of their veteran players Agem Miranda, who was suspended for one game after his ejection in their game against Lyceum University of the Philippines University, it was an impressive win for JRU as they improve to a 3-4 slate.

Marwin Taywan, on the other hand, led the Generals with 14 points, five steals, and three steals. JP Maguliano took down 17 rebounds, along with nine points in the losing effort as they dropped to a 2-4 win-loss record.