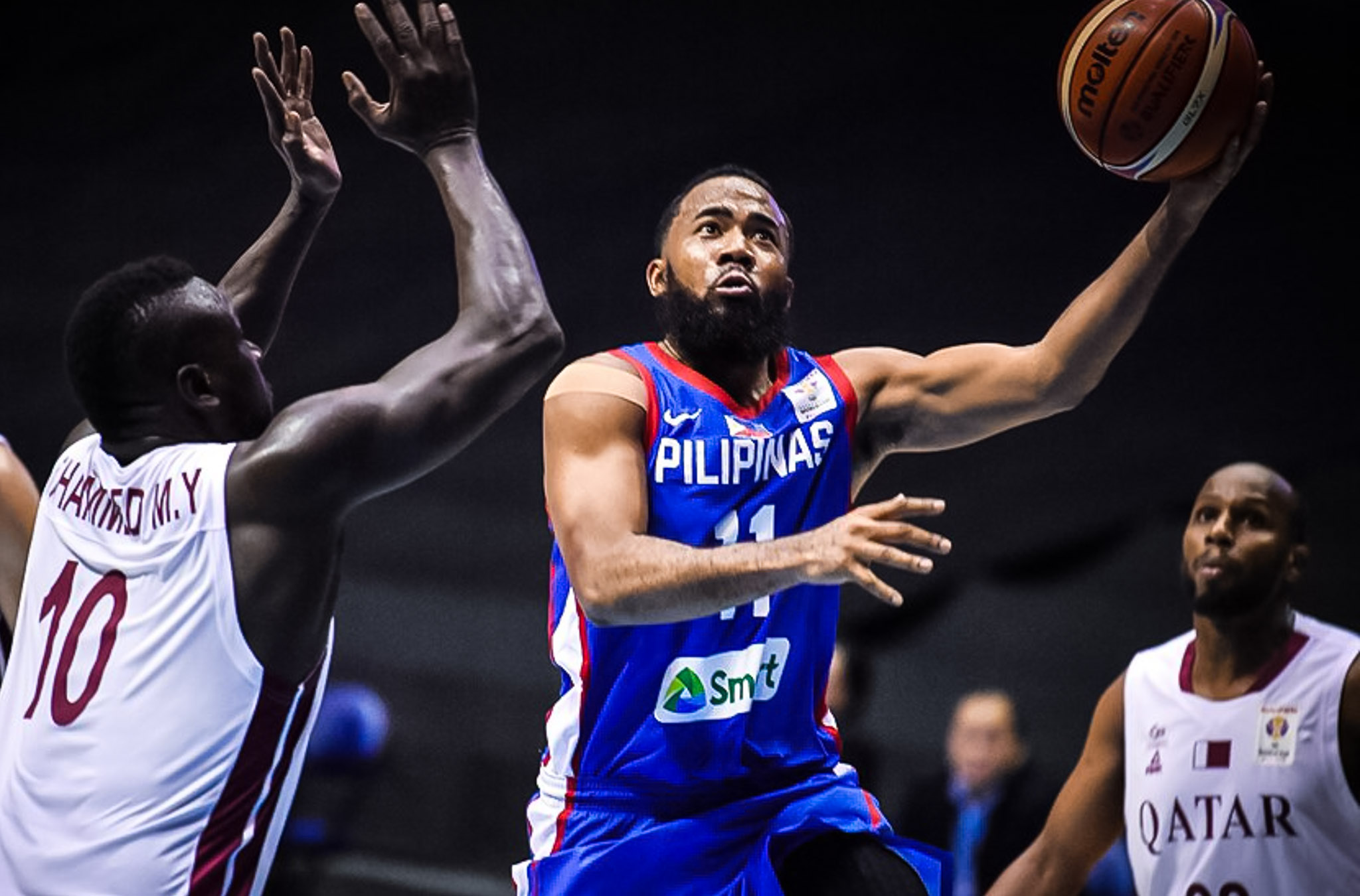 Manila, Philippines – Gilas Pilipinas pulled off a comeback win over Qatar, 92-81, Monday to cap off the fourth window of the 2019 FIBA World Cup Asian Qualifiers at the Smart Araneta Coliseum.

The national team kept their place on the third spot with a 5-3 slate in Group F, while Qatar remains at the bottom of the tournament with a 2-6 record.

In what could have been a boisterous crowd-filled arena, the booming cheers from Filipino fans were nowhere to be heard as the game was closed to public viewing, due to the incident last July 2 when the Nationals had an ugly brawl against Australia.

The deafening silence from the empty arena must have taken a stall on Gilas in the first half.

With no audience to cheer them on in their home court, Gilas Pilipinas made a sluggish start and trailed by as much as 17 points, 20-37.

However, they came to their senses coming into the second half as they took a 20-6 run led by Japeth Aguilar who returned from a one-game suspension, and turned the tides for a 59-58 lead.

This boosted Gilas Pilipinas to outscore Qataris coming into the payoff period, 28-8 and even led by as much as 17 points.

Aguilar was shy of a double-double record with 16 points and nine rebounds, while Alex Cabagnot proved to be a reliable team player on the court with another 16 points, four rebounds, three assists and two steals.

On the other hand, Mohd Yousuf Mohammed led Qatar with 26 points and seven boards.

Gilas will face Kazakhstan for the fifth window of the Asian Qualifiers in November.