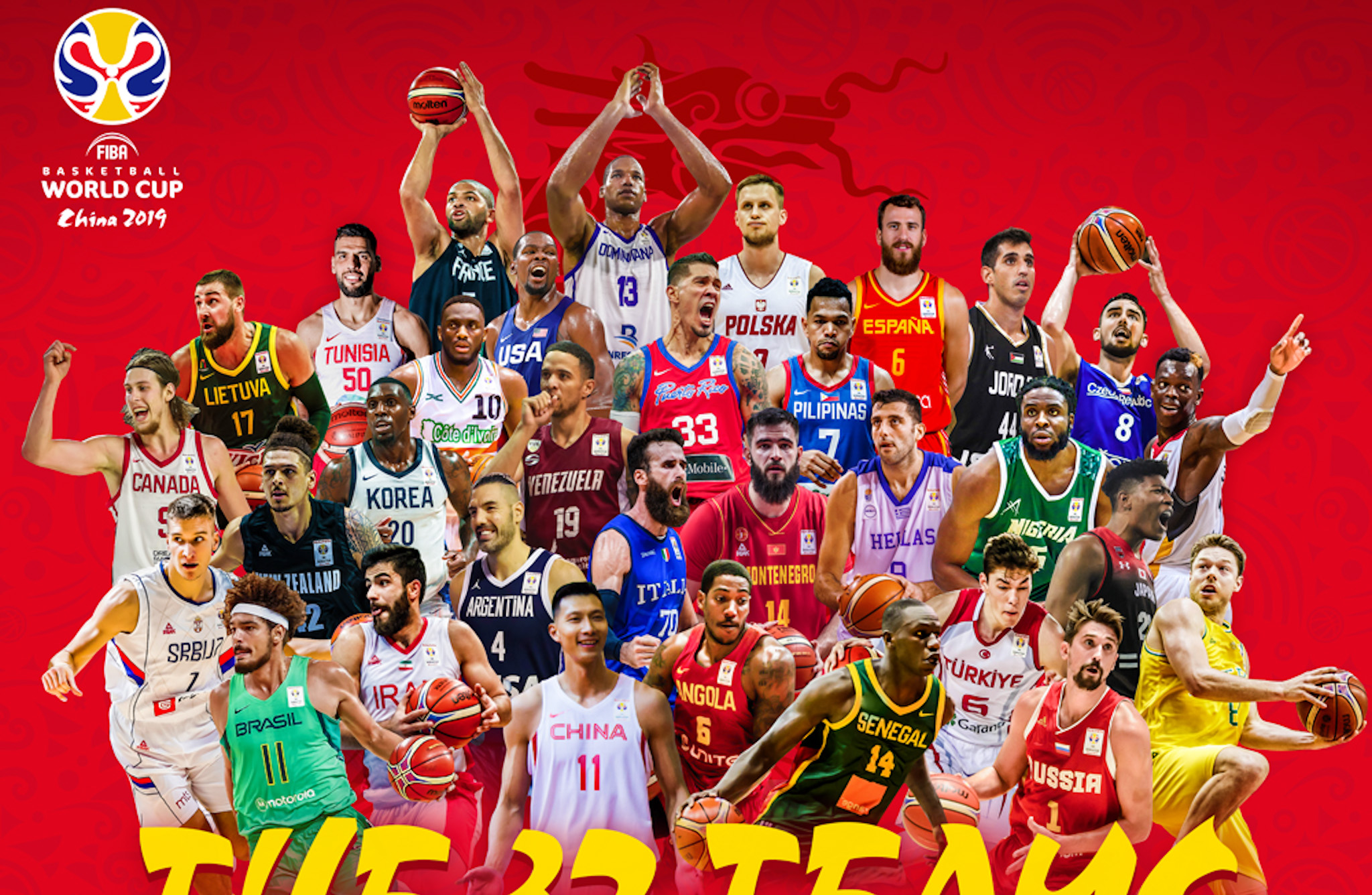 MIES (Switzerland) – All 32 teams that will compete at the FIBA Basketball World Cup 2019 in China this summer (August 31-September 15) are known following the conclusion on Monday of the sixth and final window of the Qualifiers.

This brings to a close the 15-month qualifying campaign that began in November 2017 as a way of establishing a clear Road to the FIBA Basketball World Cup 2019 and, with it, mark the beginning of a new era for basketball worldwide.

FIBA President Horacio Muratore said: “On FIBA’s behalf, we wish to congratulate all 32 teams that have qualified for the FIBA Basketball World Cup 2019. We also want to take the time to acknowledge and thank the 48 teams – and their national federations – that will not play in China but who gave their best efforts during the Qualifiers. We now very much look forward to seeing history being made with the biggest FIBA Basketball World Cup taking center stage from August 31-September 15.”

FIBA Secretary General Andreas Zagklis said: “These Qualifiers – the first of their kind for the FIBA Basketball World Cup – have made it possible for 80 national teams all over the world to regularly play official games in front of their fans for the right to compete on the biggest stage. None of this would have been possible without the support and collaboration of our National Member Federations, their respective leagues and clubs. Therefore, on FIBA’s behalf, we want to thank the entire basketball family for doing their part in helping us transition into a new era for basketball worldwide.”

The next step on the Road to China 2019 for the 32 qualified teams will be finding out what groups they will play in and who they will face as they do battle to be crowned world champions. These answers will come on Saturday, March 16, when the FIBA Basketball World Cup 2019 Draw, presented by Wanda, takes place in Shenzhen, one of the competition’s eight host cities. The star-studded event will be headlined by global sporting icon Kobe Bryant, American best-selling singer/songwriter Jason Derulo and World Cup ambassador Yao Ming.

With the 32-team field set, tickets for the FIBA Basketball World Cup 2019 will go on sale in the coming days.