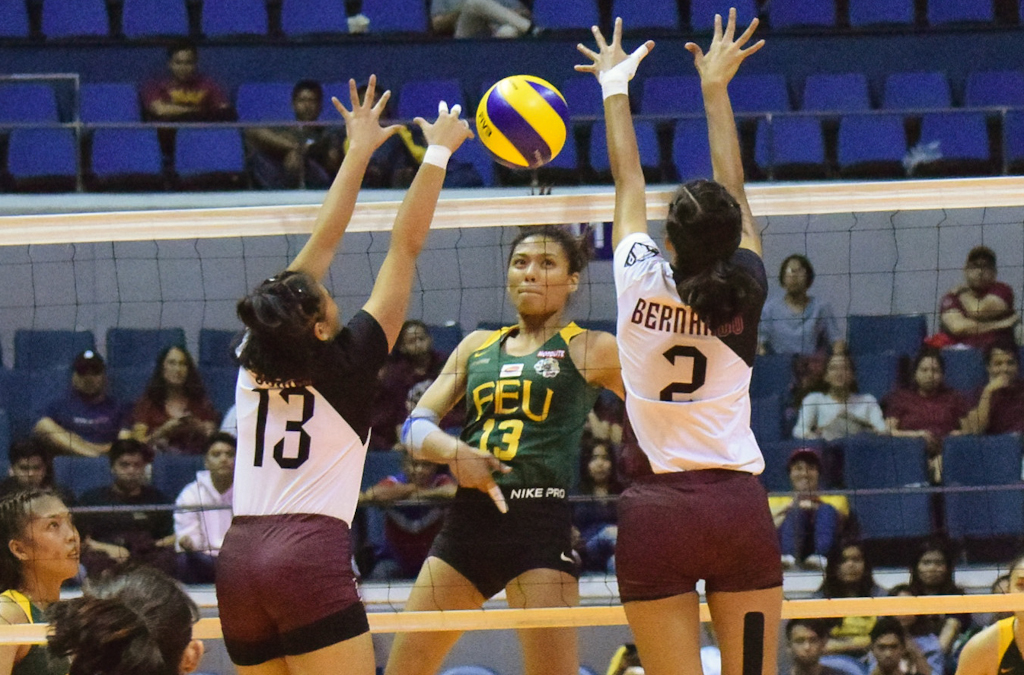 As the battle for the remaining spots for the Final Four is becoming tight, the Far Eastern University Lady Tamaraws remain in contention as they defeated the University of the Philippines Lady Maroons in four sets, 25-21, 19-25, 25-23, 25-22, in the UAAP Season 81 women’s volleyball tournament, Saturday at the Araneta Coliseum in Quezon City.

Except for the second frame, FEU’s consistency and grit got the better of the Lady Maroons particularly in the latter parts of the sets with veterans Heather Guino-o and Jerilli Malabanan stepping up for the finisher to outlast UP.

With the set tied at one set apiece, the Lady Tamaraws had to surpass an early 0-6 disadvantage. Guino-o and Malabanan did most of the damage to inch closer slowly until FEU forced an 18-all deadlock.

The Lady Maroons momentarily regained a one-point lead as the Lady Tamaraws responded with their own run and pulled away, 24-19. UP threatened to extend the set but a crucial middle attack from Cza Carandang gave the 2-1 advantage to FEU in the match.

FEU capitalized on the momentum as they denied the Lady Maroons in the fourth set.

Tots Carlos and Heather Guino-o both tallied team-high 22 points for UP and FEU, respectively, but it was Guino-o who got much-needed support from team captain Jerilli Malabanan who tallied her best scoring output this season with 17 points.

FEU got a share of third spot tied with UST, while UP dropped to fifth place.