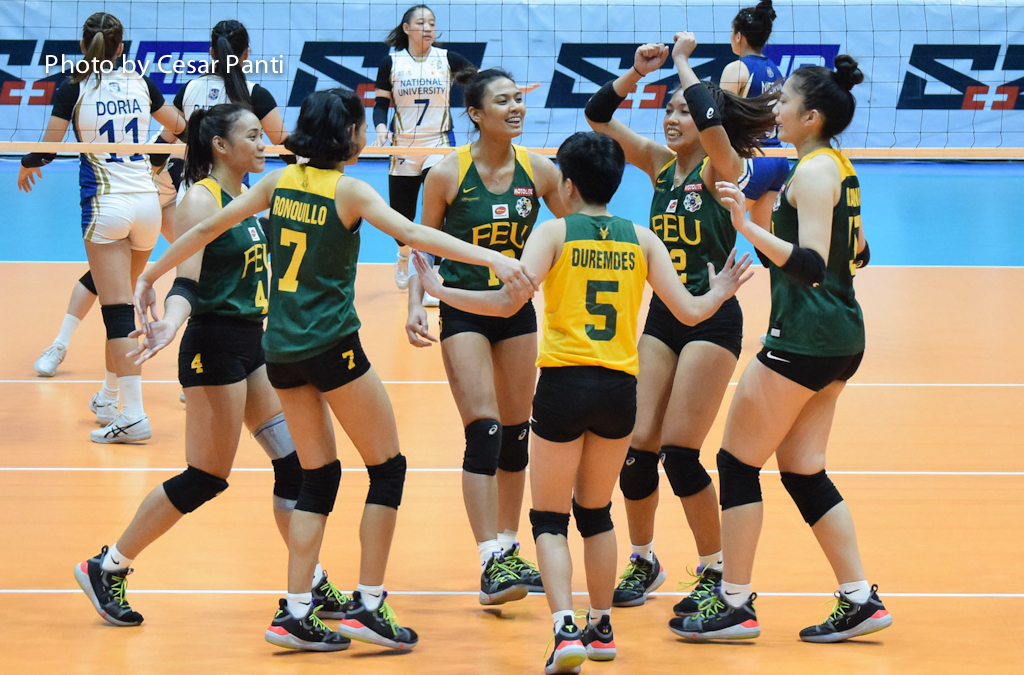 The Far Eastern University Lady Tamaraws pocketed their eight win this season after a straight-set victory over the National University Lady Bulldogs, 25-21, 25-19, 25-22, in the UAAP Season 81 women’s volleyball tournament, Wednesday at the FilOil Flying-V Arena in San Juan.

The last season’s runner-up zeroed in on another Final Four appearance as the win assured the Lady Tamaraws of at least a playoff for a slot in the semi-finals.

FEU had a strong start in each set but allowed the Lady Bulldogs to came within striking distance. The Lady Tamaraws wasted a 12-5 and 16-6 lead in the first two sets, respectively, but the seniors Celine Domingo, Jerilli Malabanan, and Heather Guino-o stepped up for the close out.

It was the same story in the third set as FEU once again gave an opportunity for NU to force a deadlock, 22-all, but Guino-o stopped the bleeding to spark a 3-0 run to complete their first straight-set win this season.

Graduating Heather Guino-o and Jerilli Malabanan stepped up for the Lady Tamaraws with 11 and 10 points, respectively, while Net Villareal chipped in 8 markers.

Audrey Paran finished with 11 points for NU as the super rookies Cess Robles and Ivy Lacsina were held down with just 16 points combined.