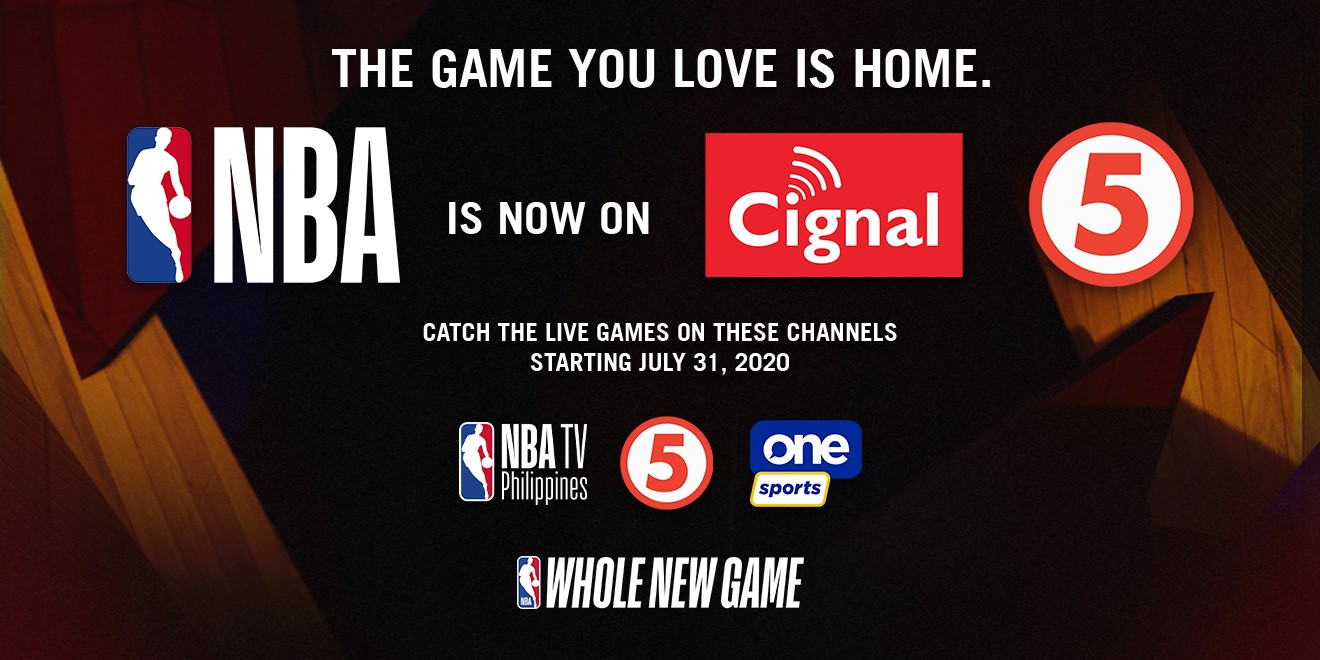 Filipino basketball fans will be able to watch the NBA beginning July 31. The NBA, Cignal TV, TV5 and ONE Sports announced on Monday, after acquiring the broadcast rights for the league across the country.

Cignal TV and TV5 President and CEO Robert P. Galang confirmed the partnership with the NBA last July 27 that would allow the games to be seen in millions of Filipino homes across the country, on both Free and Pay TV.

Free TV channels TV5 and ONE Sports will show the games in time for the start of the season, airing games on Saturday and Sunday for TV5 and every Friday and Monday for ONE Sports. Coverage begins this July 31, 2020 and extends to the NBA Playoffs for both channels, with the NBA Finals airing exclusively on TV5.

“We will deliver NBA content, not just for our pay TV subscribers but to the general public. Everyone will have access to the NBA through our channels TV5 and ONE Sports” said Galang. “But of course, you get the best NBA experience on TV if you’re on Cignal.”

For Cignal subscribers, they will be able to access a new channel called NBA TV Philippines starting July 31, airing an average of two games per day, along with shows directly from NBA TV in the US including flagship program NBA GameTime. The channel’s coverage goes all the way up to the NBA Finals, and is the only destination on TV where fans can watch the games in high definition.

“I think the NBA is a huge piece of the puzzle for us. We are the broadcast partner of the biggest, most prestigious basketball brand in the world. As the number one Pay TV provider in the country, we can provide the best viewing experience for 2.3 million homes because only NBA TV Philippines offers 24/7 access to the most number of NBA games in high definition,’’ said Zaballero.

The channel will also be made available as an add on for 200 pesos a month, on both Cignal (channel 262 HD) and SatLite (channel 52 SD), the company’s mass-market Pay TV brand. The channel will be offered two months free of charge for new subscribers who switch to Cignal at the start of the season, until the end of the year.

The partnership comes at an opportune moment with Cignal TV becoming the block-timer for TV5’s daily program offering. The NBA also comes as a solid addition to the already strong sports lineup of ONE Sports that includes the PBA, the PSL and the UFC, among others.