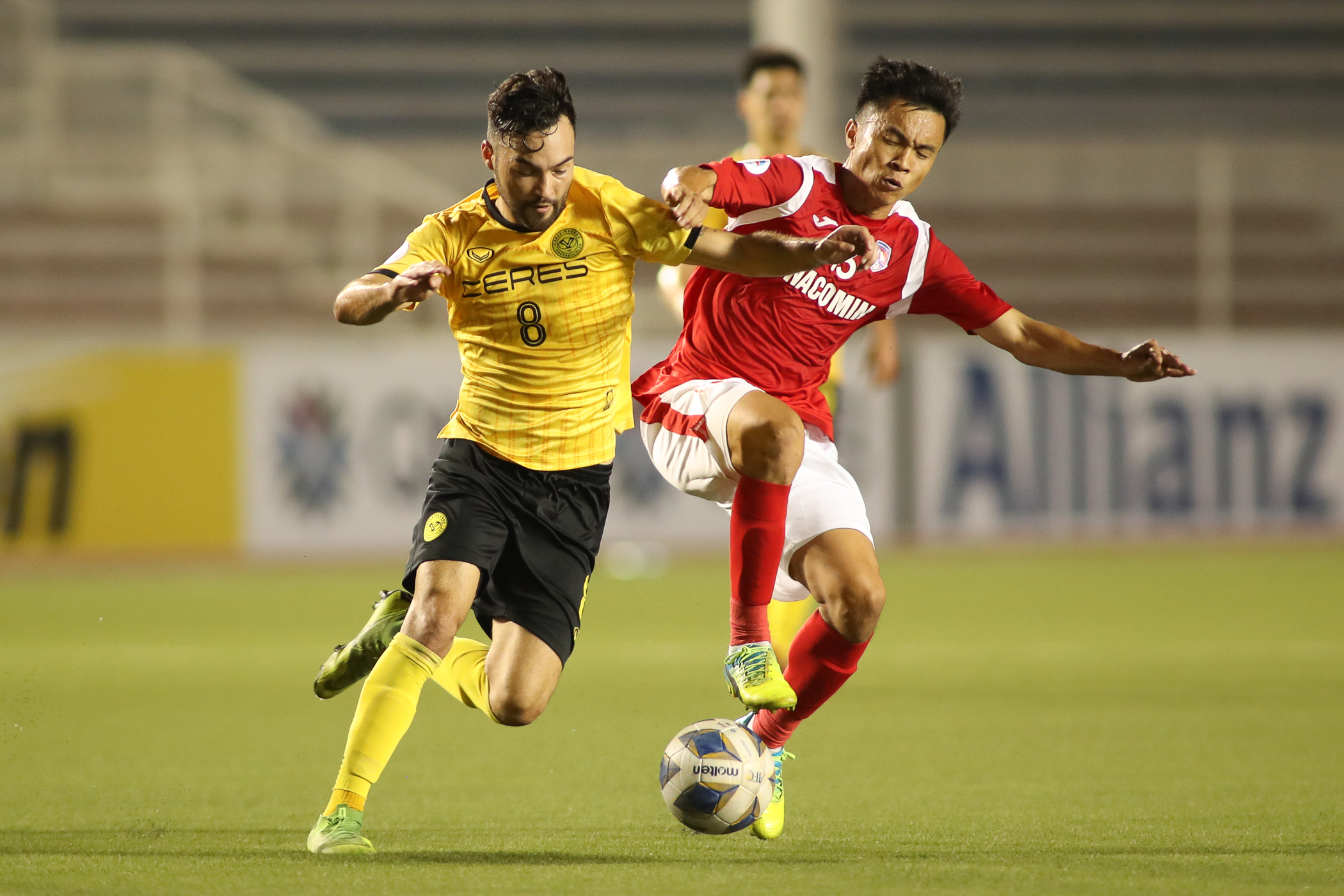 MANILA — Ceres-Negros could not take advantage from an earlier result in the AFC Cup, sharing the honors with Vietnam’s Than Quang Ninh after a 2-2 draw Tuesday evening at the Rizal Memorial Stadium.

With Cambodia’s Prea Khan Reach Svay Rieng picked up a gigantic 2-1 upset of Indonesian champions Bali United, Risto Vidakovic’s Busmen had a golden opportunity to pull away ahead in Group G play, with a win would possibly extended their gap at the top.

But the visitors dug deep like miners as their moniker suggests, taking their first points in such dramatic fashion, even added more theatrics in the final minutes as they tactically waste the time for a result, which extended the PFL champions’ winless run against Vietnamese opposition to four matches.

Ceres had a lot on the ball in the first half, but the ceiling of the visitors made it easier for them to launch counters, as what Jeremie Lynch did in the 26th minute after being picked out by Nguyen Hai Huy’s through ball, muscling past Joshua Grommen and their leaking backline.

But Hai Huy turned from provider to a guilty party in first-half stoppage time, as he brought down Bienvenido Maranon inside the box, in which the Spaniard fired the equalizing spot kick into dead center.

Their persistence in creating chances in the second half became evident, with Manny Ott hitting his shot off the crossbar a minute past the hour mark suggests that they are inching closer to those maximum points.

And a minute later, OJ Porteria put Ceres up after blasting through the Than Quang Ninh defence and fired his right footed shot into the bottom corner.

But the lead only lasted just seven minutes, with Hai Huy saving his blushes earlier at half-time by pouncing on a Mac Hong Quan ball from a set piece.

There was drama late in the match as the visitors took time laying on the turf, much to the dismay of the five-thousand crowd that trooped into the match on a a holiday.