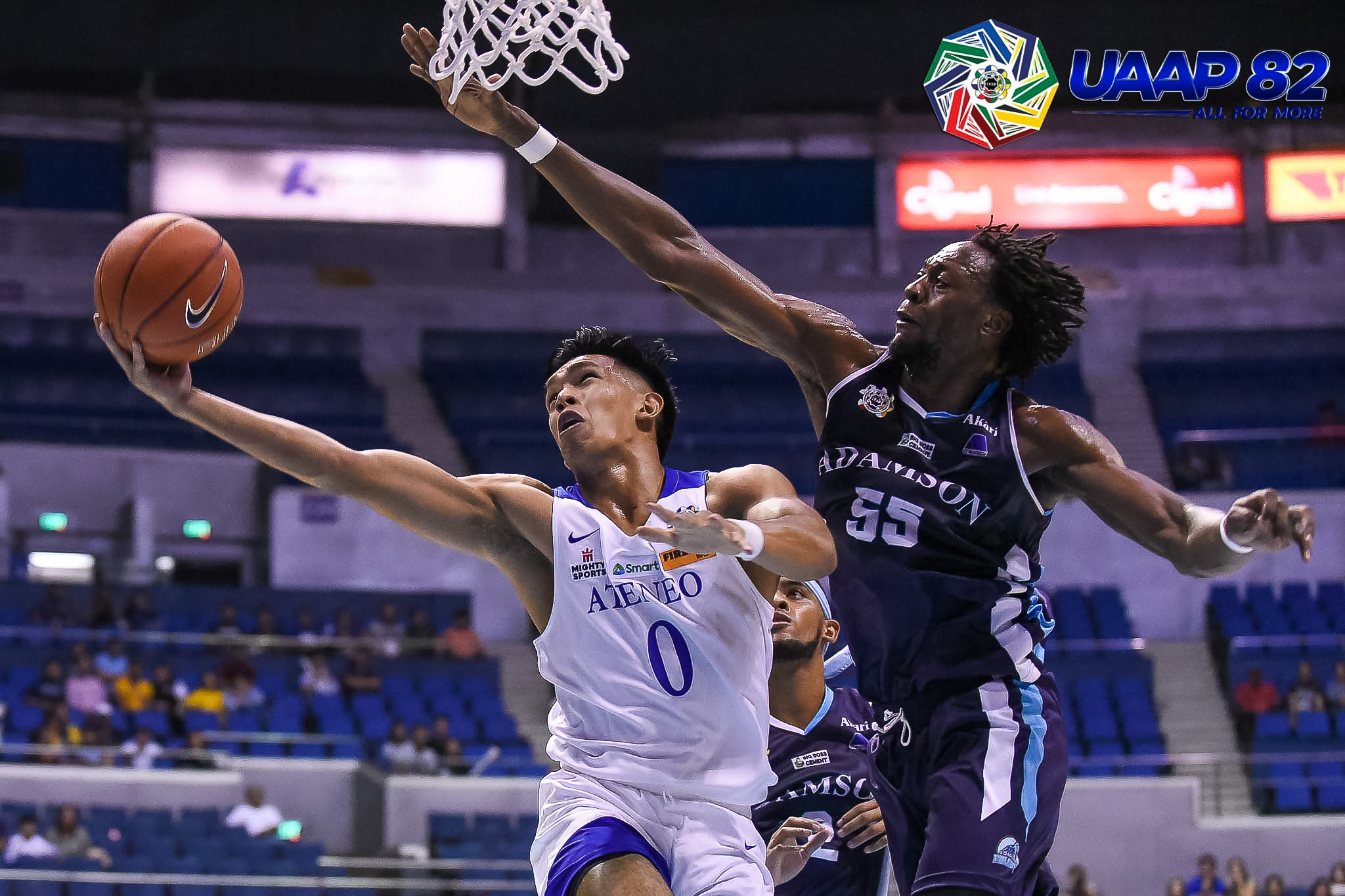 MANILA, Philippines – Ateneo De Manila University kicks off their three-peat campaign with a win over Adamson University, 70-52, on their first game in the UAAP Season 82 men’s basketball tournament at the Smart Araneta Coliseum on Wednesday.

The Blue Eagles easily cruised to a 16-6 lead in the first quarter and kept a comfortable cushion until the half for a 32-23 advantage. They were in complete command in the third quarter as they stretched the lead to 12, 48-36.

But it was not an easy ride for Ateneo as Adamson slowly cut down a 23-point deficit with Jerrick Ahanmisi and Valandre Chauca led Adamson for a 16-9 blast in the payoff period to inch within five, 52-57.

Ateneo managed to regain control and went for a 13-0 run to end the game on a high note.

“We knew it was going to be tough. That’s the last team that I really wanted to see in the first game,” said Ateneo coach Tab Baldwin. “Franz and his team, they just play so hard, they play intelligently.”

Thirdy Ravena added his own double-double record of 10 markers and 13 boards on top of four dimes in the win.

Ateneo’s impressive defense limited Ahanmisi to just seven points in 3-of-12 shooting. Guard Valandre Chauca almost did all the work as he finished with 17 points and four assists off the bench in the losing effort.