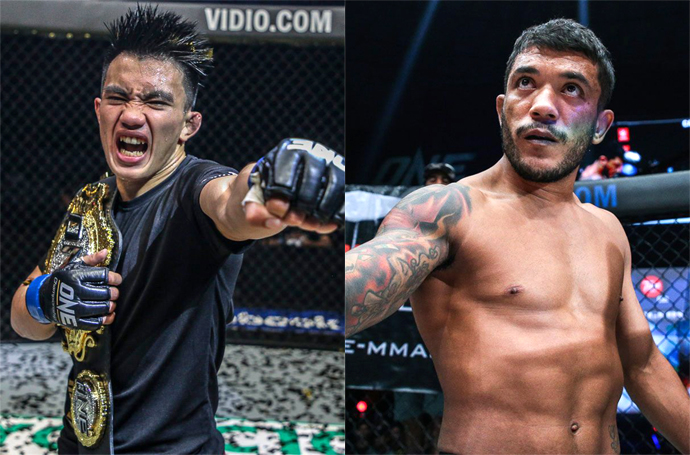 The Brazilian former ONE World Champion wanted to test out Pacio inside the Circle again after succumbing to the reigning champion in early 2020, losing by closely-contested split decision after five rounds of action.

“I believe I’m one of the top guys in the division. My last fight was against Joshua [Pacio], who is the champion. Again, I say I think I won that fight. It was a very close split decision,” said Silva.

“Don’t leave the decision in the judges’ hands.’ That’s the biggest lesson I learned from that fight. Because from my point of view, I’m sure I won that fight. However, I respect the decision. Next time, I just have to finish.”

However, before taking another shot at the top fighter of the division, Silva needs to overcome Japanese rising star Minowa at ONE: FISTS OF FURY III, a previously recorded event schedule for broadcast on March 19.

Silva, a Copa de Mundo BJJ World Champion is known as one of the most dangerous warrior in the strawweight division.

“I think I deserve one more [shot at the world title],” said Silva.

But Minowa may prove to be a tough challenge for Silva as the former dropped Team Lakay’s “Thunder Kid” Lito Adiwang in a split decision win last October.

Silva was quite shocked in the result as Minowa just barely escaped the jaws of defeat as he nearly succumbed to a deep kimura in the first round.

Still, the Japanese fighter showcased tremendous grappling ability to turn the tables on Adiwang and eventually take home the victory on the scorecards.

“I was quite surprised, because Lito is a strong guy in the division. But he (Minowa) controlled the fight and deserved to get the win. I’m excited for the chance to test my skills against him. I believe I’m the best grappler in the division, and have everything I need to finish him. I’m going to finish him in the second round,” said Silva.