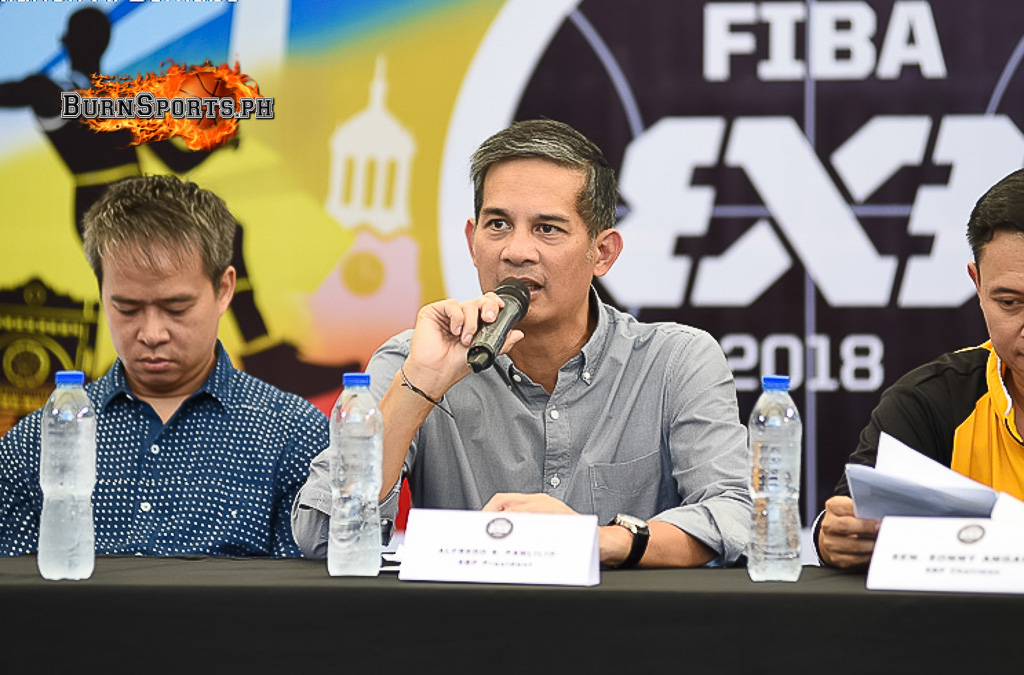 “The alignment forged by the UAAP 3×3 organizers with the SBP is what we’ve been actively espousing. We are very pleased that the UAAP 3×3 with their 3×3 commissioner Xavier Nunag and SBP 3×3 program head Ronnie Magsanoc were able to establish a strong link and partnership that benefitted our country in our goal to generate as many points as possible,” said Panlilio.

“Remember that 3×3 is now an Olympic sport and that’s why I am calling on all independent 3×3 event organizers to align with coach Ronnie so that they can be guided accordingly on the correct formula in running their respective tournaments,”

Magsanoc echoed the same sentiments and hopes that their partnership with the UAAP will continue as it has been one of the sources of future 3×3 players in the national team. “On behalf of the SBP, we are grateful to the UAAP for helping the national program of the 3×3. Some of the best and brightest 3×3 players traced their roots in the UAAP,” said Magsanoc.

“Players like Ricci Rivero, Juan Gomez de Liano, Thirdy Ravena, Jack Animam of women’s basketball have represented the country playing for the national team. Looking forward to having the discipline as a part of the regular sports competition for Season 82,” he added.

UAAP Executive Director Atty. Rebo Saguisag thanked the SBP, the media and the fans for making this season’s 3×3 edition a huge success and looks forward to a bigger and better 3×3 in Season 82.

“This year’s iteration, may I say was a smashing success – so much so that we definitely need a bigger venue next year,” said Saguisag.

“From the players, the media coverage and most importantly the fans, the UAAP Season 81 3×3 did not lack in star power. The UAAP is definitely looking at making 3×3 a regular event. For now, allow us to thank everyone for giving us a great time! See you in Season 82.”

Nunag was grateful to the SBP for providing assistance such as international standard courts and game officials.

“The UAAP 3×3, headed by the host Far Eastern University, does not only give the athletes an avenue and platform to play basketball and represent their respective schools,” said Nunag.

“At the same time, along with the SBP, it has made a successful effort to help out the county’s bid to become one of the top countries in 3×3 basketball,” he added.