Paul George arrives in Manila and drops in at Barangay Western Bicutan Tenement Court to invite 20 lucky kids to the opening of the House of Rise on 20 July. Paul experienced the Games for himself, participating in “Tower Ball”. 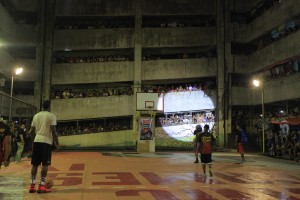 Paul George prepares for the kickoff of tower ball, a Filipino street ball game unique to this local court. 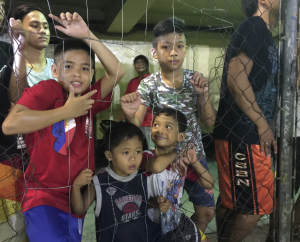 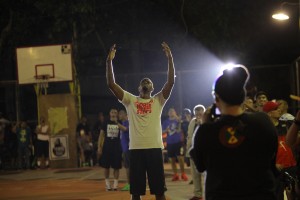 George greets fans upon his arrival in Manila. 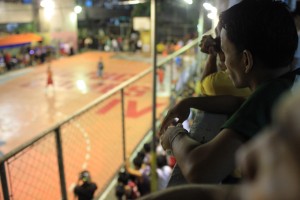 Fans take in the action on Sunday night. 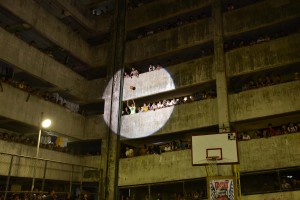 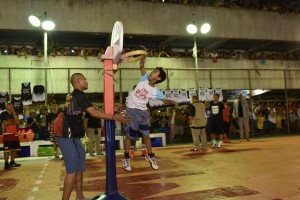 “Baby dunk” game allows for all ages to participate in the area’s Picnic Game. 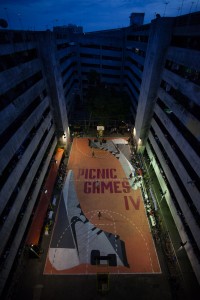 The sun sets over the Tenement court on a Sunday evening for Manila’s fourth annual Picnic Games.

All of the photos were taken from http://news.nike.com