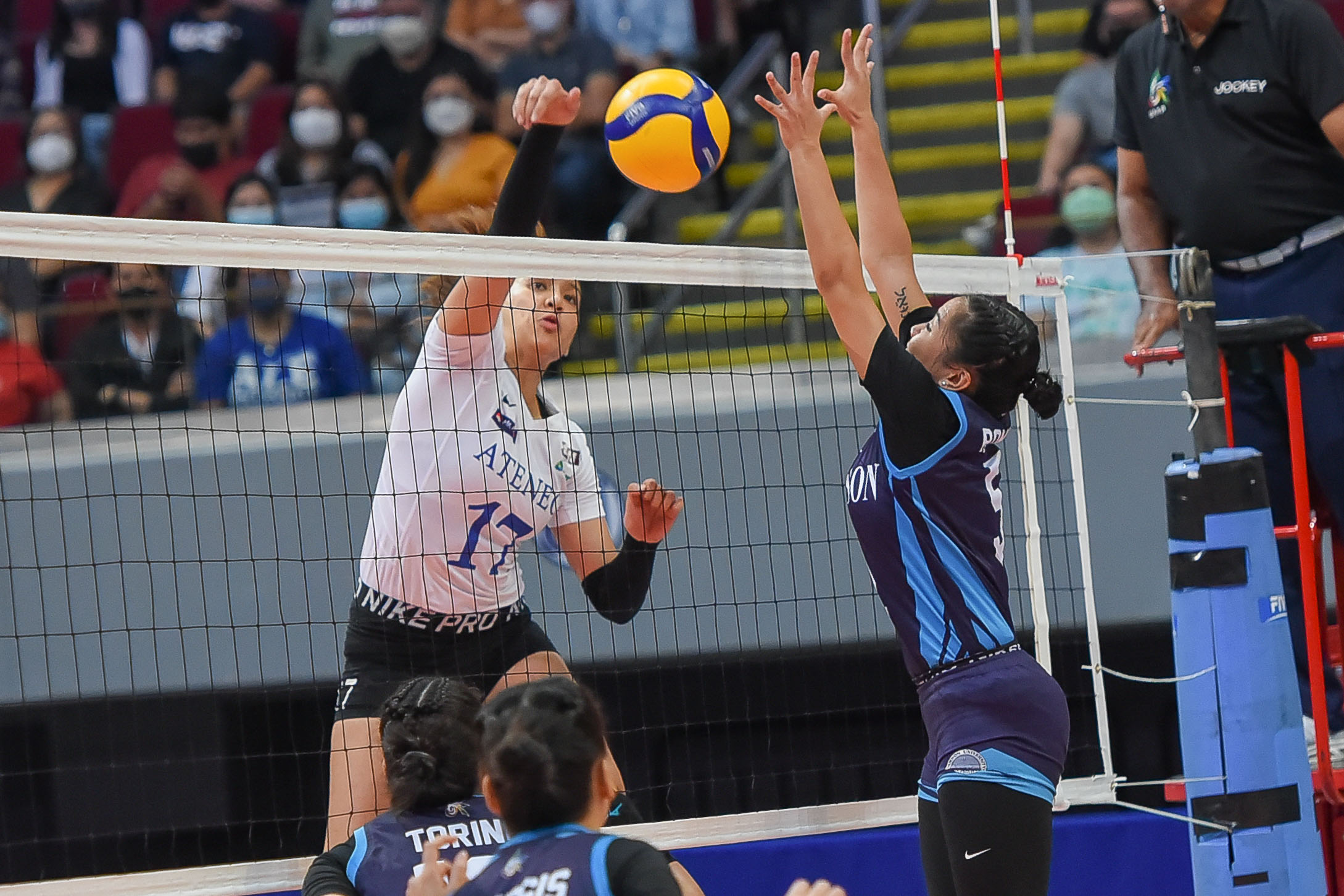 The victory gave the defending champions the advantage heading to the last stretch of the elimination round, replacing the erstwhile number four Lady Falcons in the standings.

After taking the 2-1 cushion, the Blue Eagles saw themselves down in the fourth set, 19-22, after a fight back from Adamson. Ateneo responded with a 4-0 run to steal the lead at 23-22, but Trisha Genesis bombarded the Blue Eagles with back-to-back strong attacks, followed by a reception error from Ateneo, to extend the match to a rubber set.

It was a close fight in the fifth set as both teams exchanged points and unforced errors until Ateneo reached match point, 14-12. However, Genesis once again came up big in the clutch to force another deadlock. After a series of showdown between Faith Nisperos and Genesis, costly miscues from the Lady Falcons gave the defending champions the victory.

Nisperos unleashed her career-high in the UAAP with 31 points off 26 attacks, one kill block, and four service aces. On the defensive side, Nisperos also dished out 22 excellent receptions. Libero Roma Mae Doromal displayed her best performance so far after finishing with 19/27 excellent digs and 29/42 excellent receptions.

Ateneo moves up to the fourth spot, while Adamson needs to win their remaining games against UP and DLSU to keep their Final Four hopes alive.